We saw some 1990 cards a few days ago from the dodgercards box of Blue Jays, but it was in the midst of the high production "junk wax" era, so that isn't much of a surprise as everyone seems to have cards from then.

No surprise then that we get these... 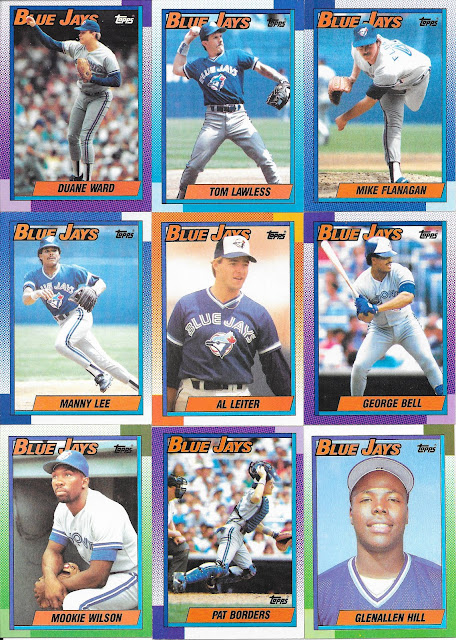 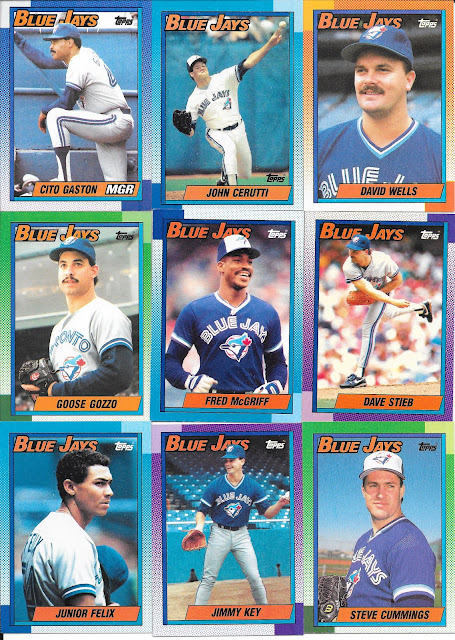 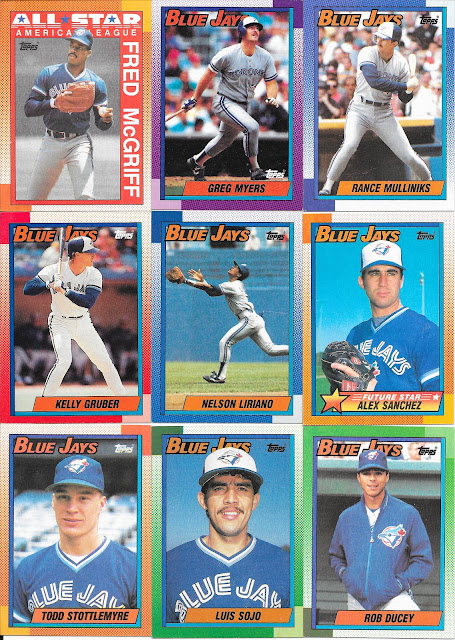 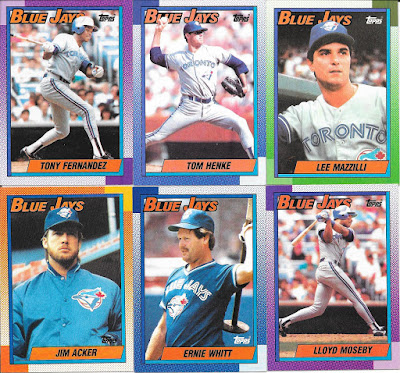 The almost full team sets from the 1990 Topps base. Actually, not just one, but two (at least - I am still working through the box of course and wouldn't be surprised to see more from this set). The only reason I say almost is because I consider the checklist to be part of the team set since the checklist is by team and one has the full Blue Jays team listed.

It does raise an interesting question - do you ever consider checklists to be team cards?

I would think general checklists that show cards in number order, have no picture, and the players are not in team order would be a no, but cards like this with a "Toronto" heading would be a yes. As would checklists with a player pictured where the player is a Jay, even if no Jays are on the checklist. Finally, if the players are in order in the set and it is a number listed checklist, I wouldn't count it as the Jays possibly being listed on a single card would be coincidence only.

Okay, is that detailed enough? What are your thoughts - when is a checklist a team collectible card?
Posted by CrazieJoe at 8:00 AM