Winding down the box

Sure, March is hectic for me work wise, and April is even busier (and beyond this year...sigh....), but it has been a nice way to spend a bit of each day going through some Jays for the collection out of the dodgercards box.

Second last day today, and another spread smattering of blue, so let's take a lookie through. 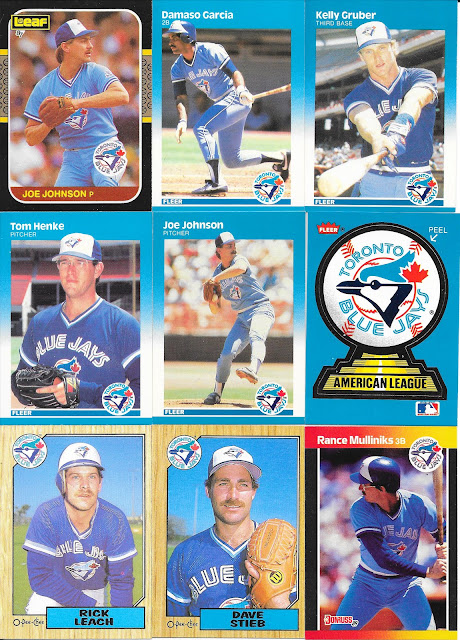 A but if a surprise to see a couple O Pee Chee cards given these are coming from California, but both are new for me, so I'll more than be happy to add them in. 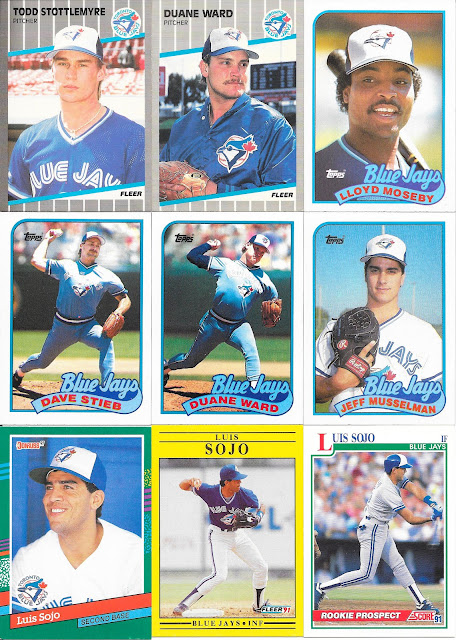 A smattering of "jubk wax" Jays - but even still, the 1991 Donruss Sojo is one of the three versions that I was missing (with the period on "inc" on the back, so you never know when something you think you may have, ends up not being the case. 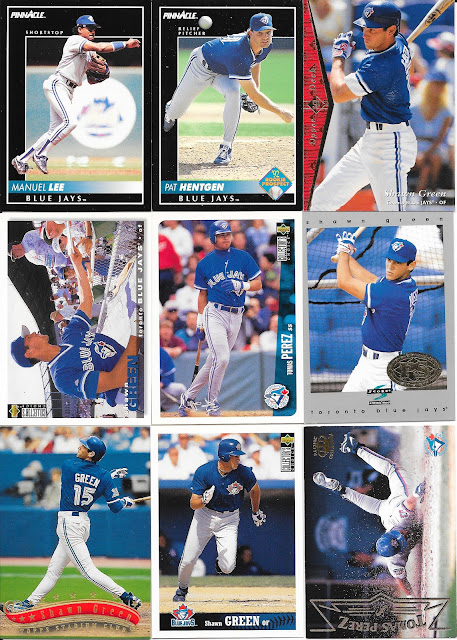 Still getting cards from sets that I hadn't seen before like the 1998 Pacific which is pretty darn awesome. 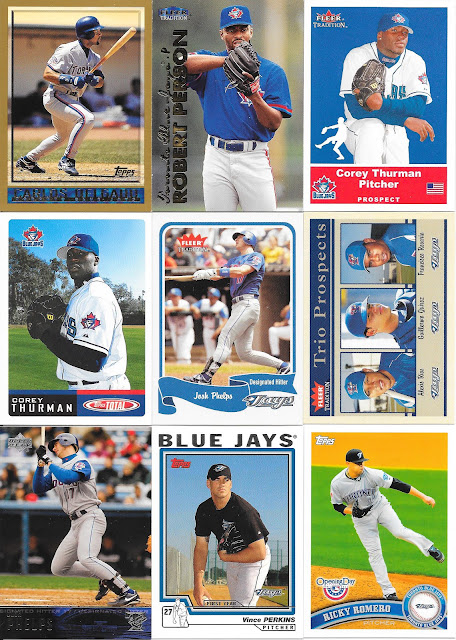 I honestly do not remember Corey Thurman, but apparently he ended up pitching in about 50 games for the Jays, most of which in 2002 and a bit in 2003. Another one of those surprise things you learn about when team collecting - the lesser known players that you forget, or may not have remembered in the first place. 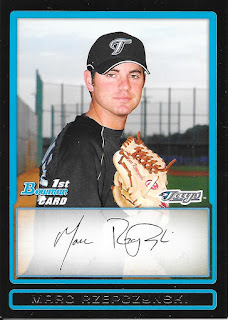 We end with a one card team set out of the 2009 Bowman Prospects insert - always happy to knock a quick team set off like this!
Posted by CrazieJoe at 8:00 AM