Today's Jays are heavily tilted to the early days, which is mor ethan fine. 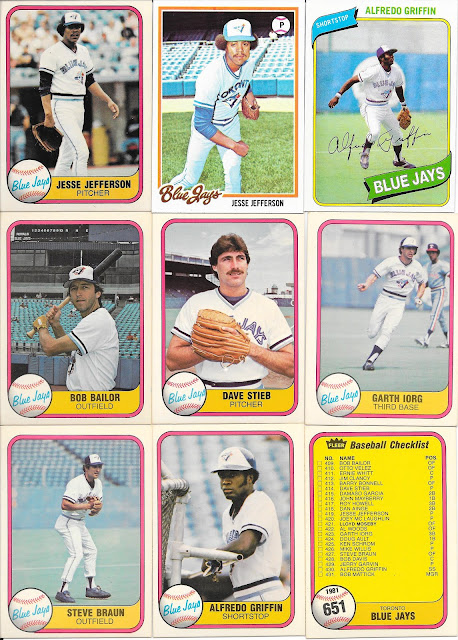 I actually have picked up a decent amount of the Jays from early 70 through about 1985. Still a few holes as I don't have many complete team sets, but I probably had less than 50 such cards before getting back into collecting 5 years ago or so, and what I have been able to build from the awesome trade partners as TCDB. 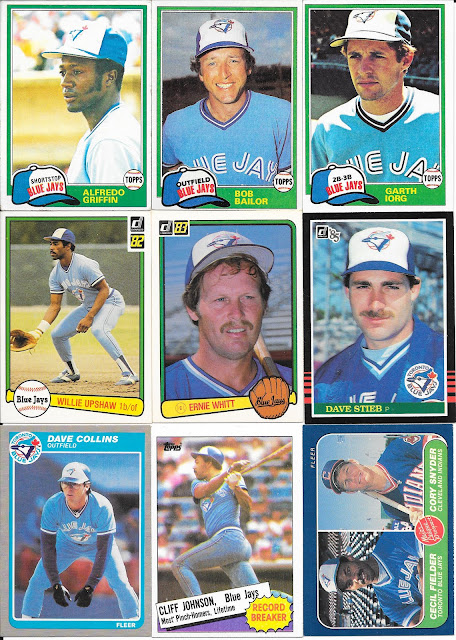 Been doing better on Donruss than Fleer, so nice to see a few more Fleer adds. 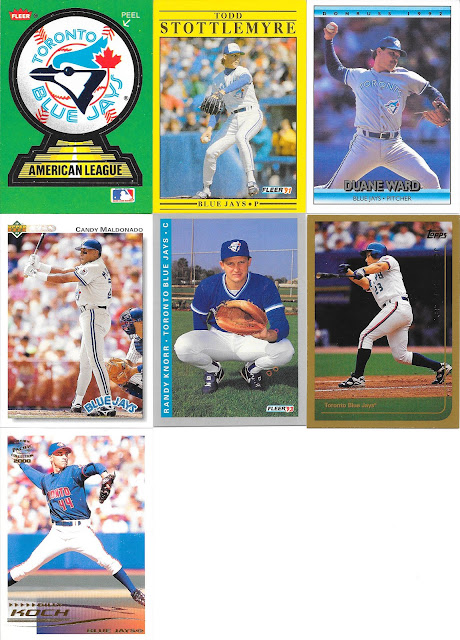 A couple solid adds here as well as I don't really have any of the series 2 1993 Fleer cards, so Randy is a nice new add. Also Koch is a great add. I remember he was supposed to come in and be this saving closer for the team. He did fairly well for three years before going to Chicago for a couple years and petering out quickly from there. Wasn't meant to be as far as long term closer goes, but those are so few and far between.
Posted by CrazieJoe at 8:00 AM