No surprise that we have a bunch of Jays today. If you have been following, it's a month of thanks to dodgercards at TCDB for sending along his Jays which have been amazing to add to the collection so far, and more needs covered today.

We start with a not "needed" but still wanted... 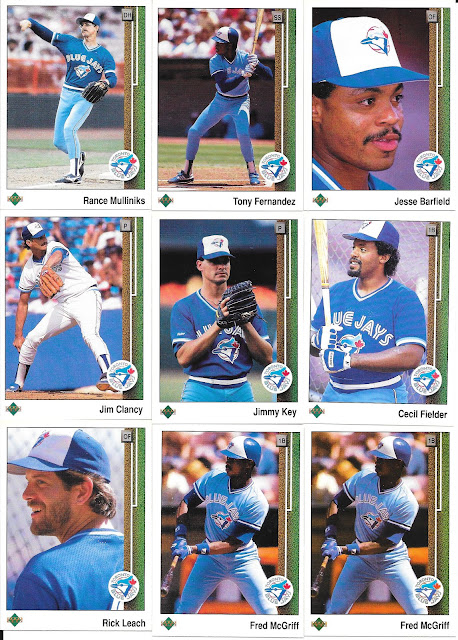 Soom 1989 Upper Deck Jays. I have a team set, but these are generally a great design. 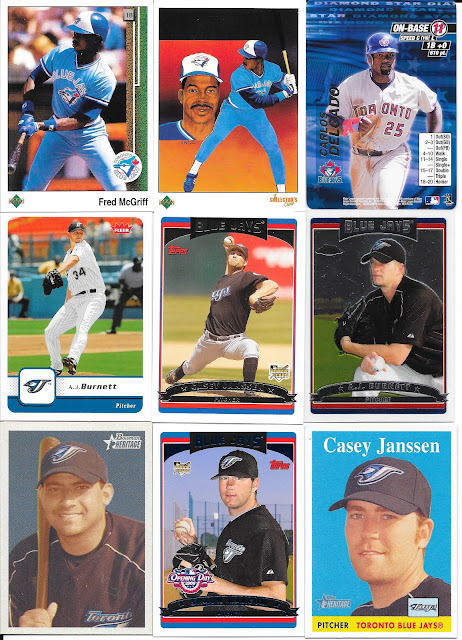 Well, missed at least one Showdown card from the posts a few days ago. This is a foil card though, I presume because of the name being in foil. We then skip into the mid 00s, years from which I am missing a lot, so these are almost all new additions between the Fleer, different Topps sets, and as we get into Heritage... 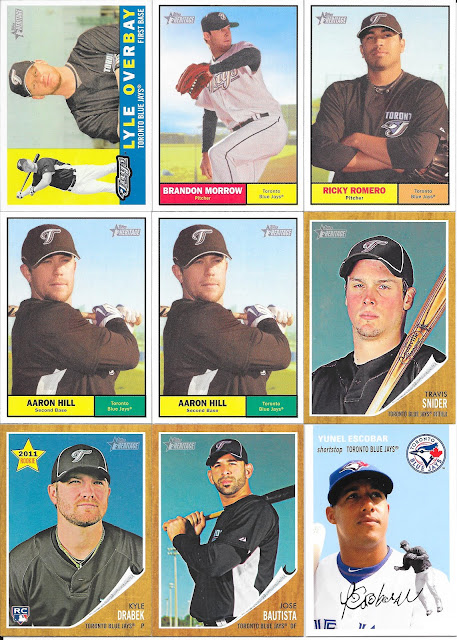 Given my Jays collection will only ever really go back to about 1977-78 since that is when the team came into existence, these Heritage sets will be the way in which I can at least collect cards with designs from years well before then.

Don't get me wrong, the collector in me is happy I don't need to spend the money to collect vintage cards like a Yankee fan would, but there were some great designs in the 50s through 70s, I wouldn't otherwise have in the collection - and I don't plan on trying to collect a set for any of those years. 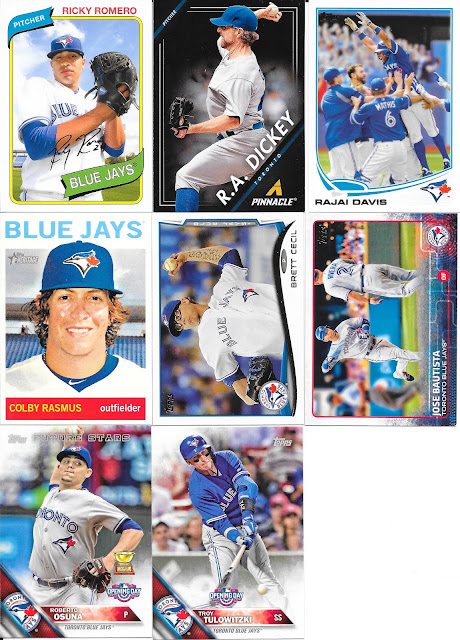 As much as the picture is cut and such, I really like the Pinnacle Dickey. May have to do with the nice dark contrast, but it just pops so well. 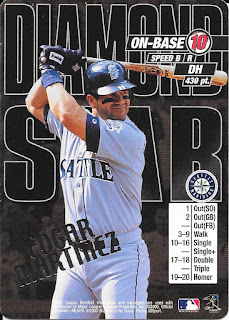 I think this card snuck in as it was in a sleeve with Delgado. No fear, it will find a home somewhere else. 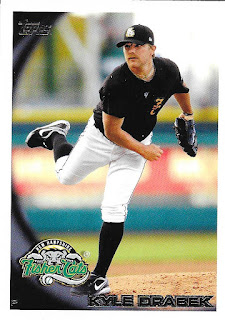 As will Kyle. I've talked about enjoying his dad in the majors, and might have collected Kyle by association if I was a PC guy.

Ending today with an unknown surprise. I received these two cards with a note saying I had wanted them in a previous trade and they had them. Not sure who they came from, but expect it is a TCDB member. It is much appreciated, and I will need to go through my past trades to try and figure it out, but wanted to share the couple cards here first. 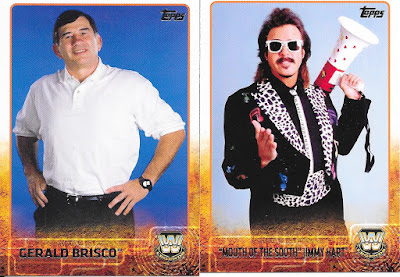 Always love seeing The Mouth of the South. Briscoe was great in his active days, and annoying as anything as a Stooge in the 90s.

I still needed these cards (and a lot for the set actually as I only have 36 of the 100 cards from the base), but glad to have these two knocked off now from my still-a-mystery surprise sender.
Posted by CrazieJoe at 8:00 AM