Taking a big bite out of the set

A couple more days like this, and I'll have all but the short print 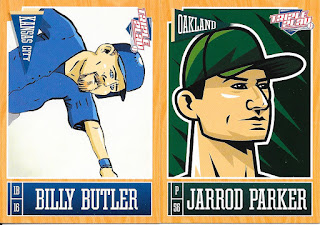 A couple keepers in the base set and a new insert... 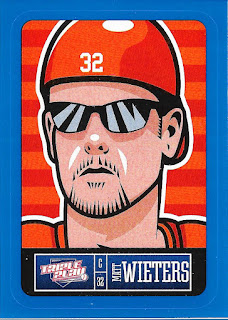 Matt here was in the midst of his time in Baltimore before heading of to Washington then St. Louis. A decent enough job with the head on pose given there are no glaring eyes because of the shades (thankfully). 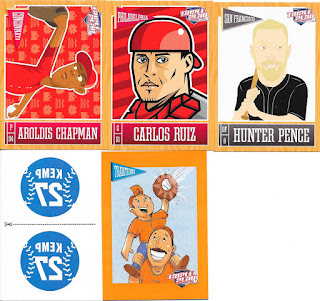 Okay, I can at least understand the Father & Son traditions sticker - but does that get a bit of a "that\s sexist" response now? I know it's only been about 6 years since this set, but shouldn't we celebrate fathers and daughters - or moms, don't forget the moms. Not saying I overly agree with it, but it does seem to be the sensitivity of the world we are in these days. 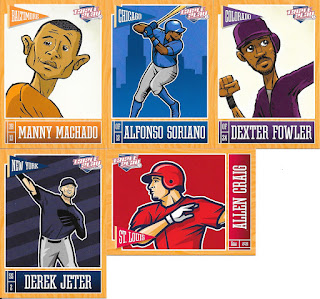 BAM! 5 for 5 in the base department, doesn't get any better than that. Manny looks very perplexed though in this caricature while Jeter doesn't look too Jeter-y in my opinion.

The dupes here are also the inserts... 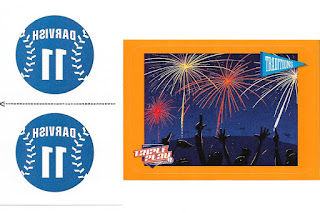 Really don't like that the Traditions sticker is a dupe within this same box as that starts to make me wonder if the whole "complete the base set" thing won't happen and that I will instead just get dupes and more dupes of the same 70 cards....oh the horrors as I would then be left having to trade for some of these monstrosities.

Let's also take a look at the last bunch of Magic cards I have aside from December...wait, check that....got to the end of this, and came across another December bunch...will save those for later... 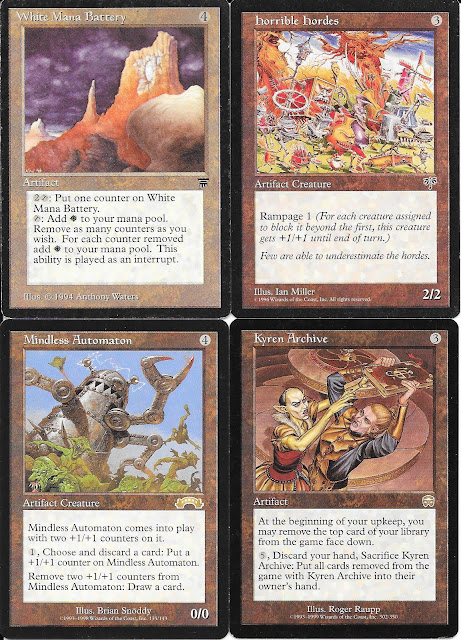 These are the oldest in the bunch, going all the way back to Legends which was within the first year r so of Magic existing. The early sets also didn't use the symbols to show rarity, which was done later as you can see on the bottom two cards which use a golden colouring to signify rare cards (one per booster pack for rares). 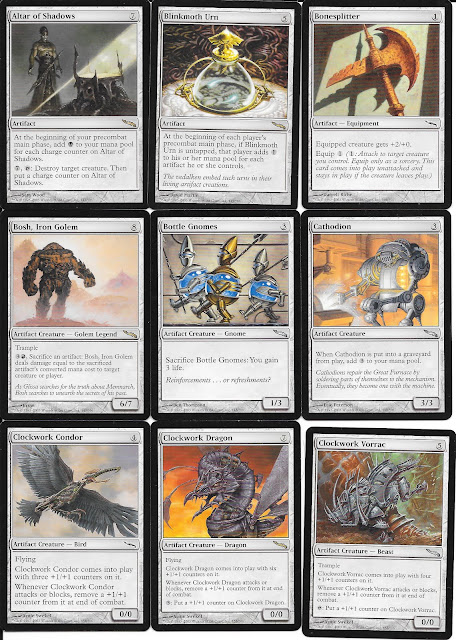 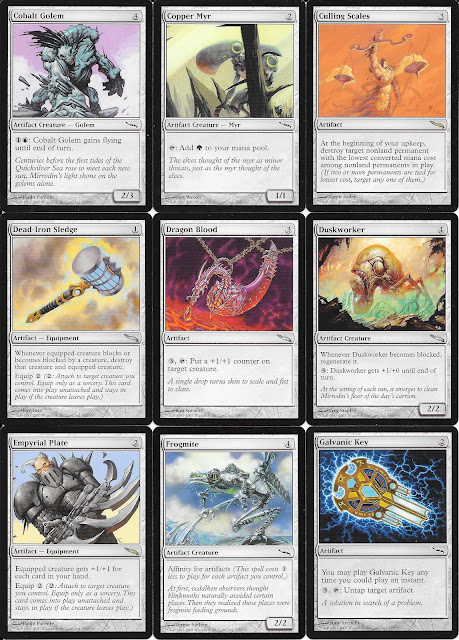 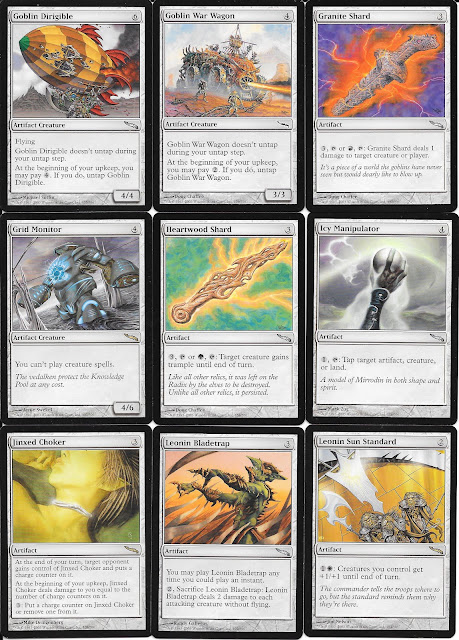 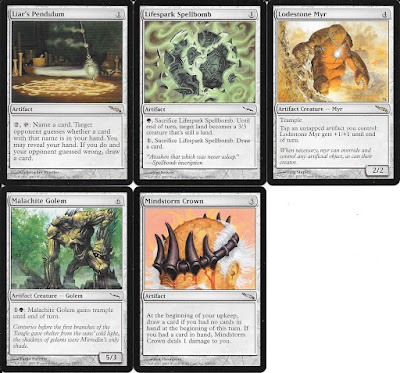 I mentioned the other day that Mirrodin had over 100 artifacts - well, here are a bunch more I picked up to bring my set total to about 77. Probably because there are so many, many are fairly cheap. The timing of the set, I wasn't collecting any more by then, so I am filling in the holes in the collection now.

Some good cards here anyway as I am partial to the Gnoes and Clockwork groups of cards, and the Bonesplitter is a well named and pictured card as well. Not to mention the Galvanic Key is a poor mans Voltaic Key (which has similar ability, but much cheaper all around.
Posted by CrazieJoe at 8:00 AM