I am a sucker for these boxes, and Valentine's Day is a good time to start going through it.... 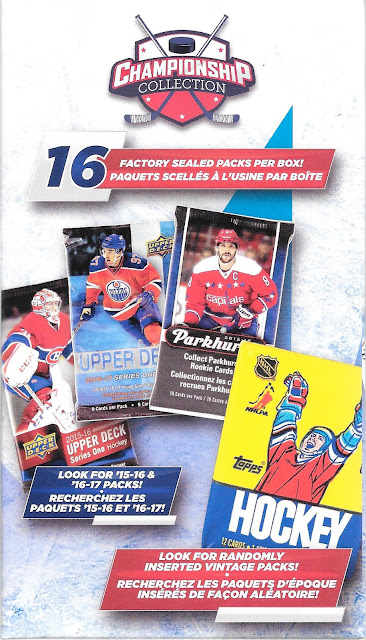 As is always the case, first to see if I have an packs to add to the unopened pack collection. 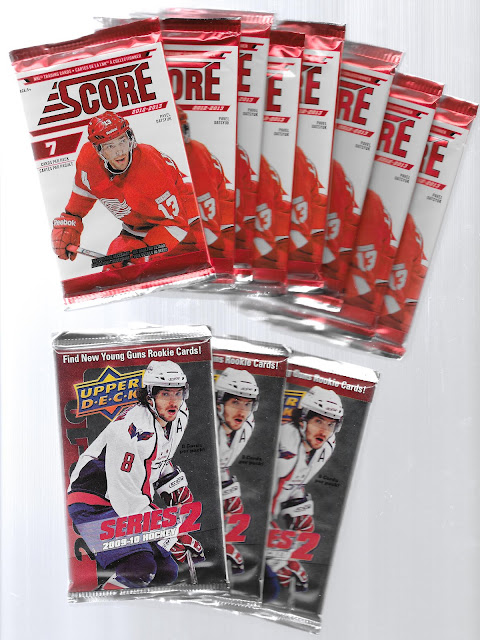 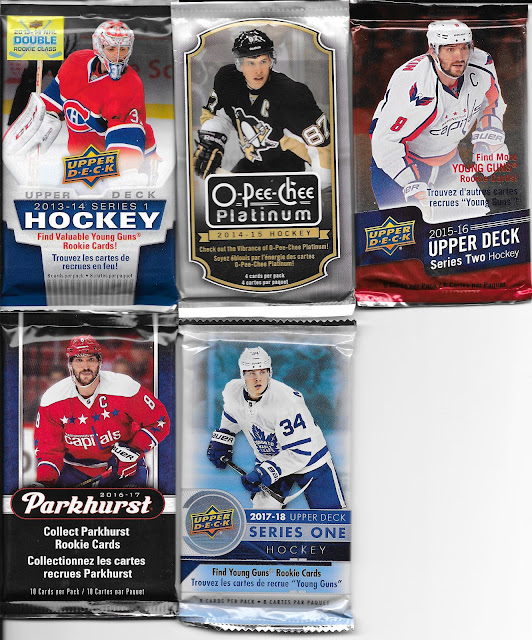 Not really a surprise to see a bunch of 10212-2013 Score cards. These boxes seem to be how I may just complete that set.

The rest are some decent newer packs - will have to check as I go through, which ones are going to be sets on my "collect" list. Yeah, kinda got to that point - there are a number of sets (too many for me to track.

So, all that said, only one pack that becomes a keeper for the collection - the last one. I have a dollar store pack which is only a few cards, but this "normal" series one pack, is new for me.

Scoring chart, before we get to the first pack today... 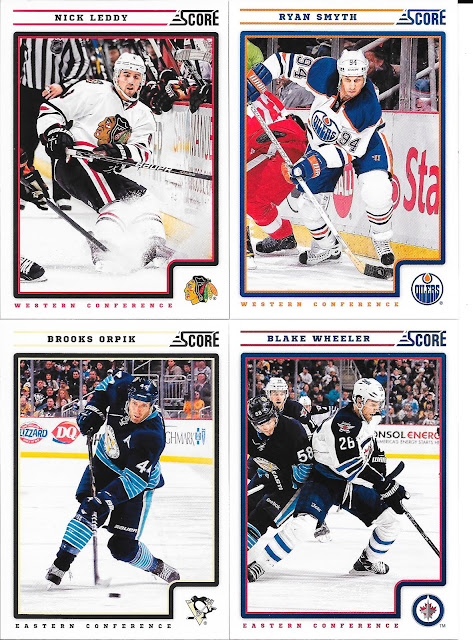 A solid pack with 4 base adds including a nice Wheeler.

The only dupe base was... 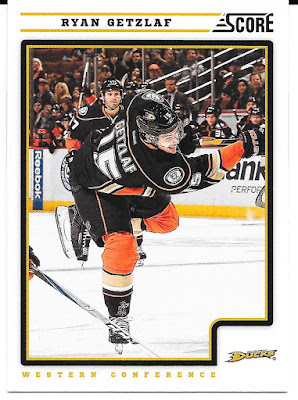 Which is still a solid dupe to pick up.

As for the new inserts... 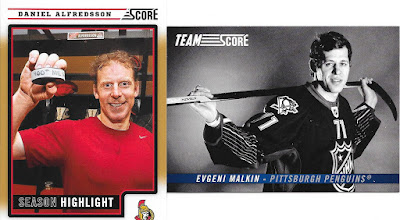 I thought I had the Daniel card, but it was just the base. As for the Team Score card, they are a good throwback to early 90s Score Team subsets and Evgeni is a solid one!

A pretty good first pack all in.

Since it is Valentine's Day, why not a gift of Blue Jay love as well?

Everyone's (should be) favourite online card store and TCDB member baseballcardstoreca dropped another 15 Toronto cards on my lap. 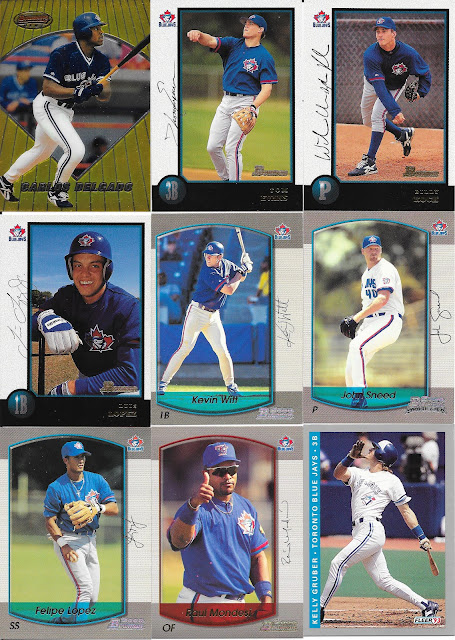 Late 90s Bowman heavy in the Jays which is a great place to add because I really don't have much there. Let's take a look at John Sneed for example. Floated around the minors in the Jays system for a few years, but never cracked the big league. 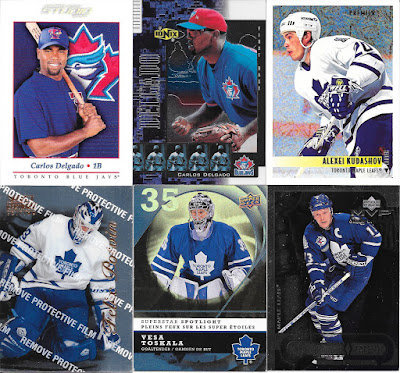 Those UD Ionix cards have too much going on....but at least they are a little flashy.

Speaking of which, the 1994-95 O Pee Chee Kudashov shines as well, but ends up last in the Leafs when you have a great Potvin and two inserts which are 1 card Toronto team sets!

Hope you have a great Valentine's Day - whether it come with cards or not.
Posted by CrazieJoe at 8:00 AM