Some 401 singles and baseballcardstoreca Jays

So, back in December, there was a sale at 401games - 20% off foil Magic singles so....I picked up a bunch and a few other artifacts too, and I haven't had the chance to share through them...until now!

All these cards are new for my collection, and though I will never have a copy of what I consider to be "every" artifact ever issued, they do add another bunch. 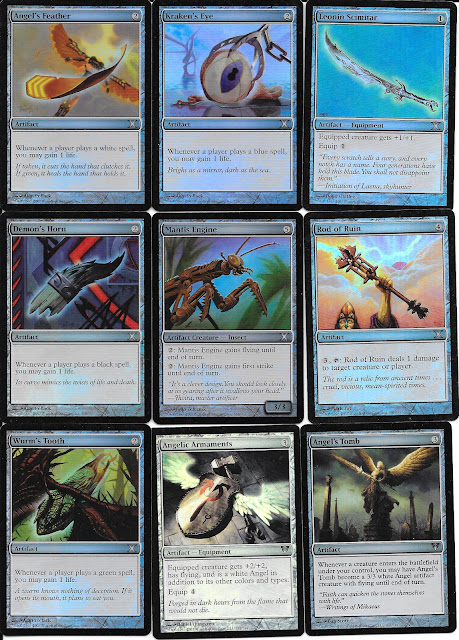 Some of the earlier foil sets seem to scan and have a bit of a blue tinge to them. I don't see it as much in the current foil cards, so don't know if it was a change in process over time, but a bit noticable here. 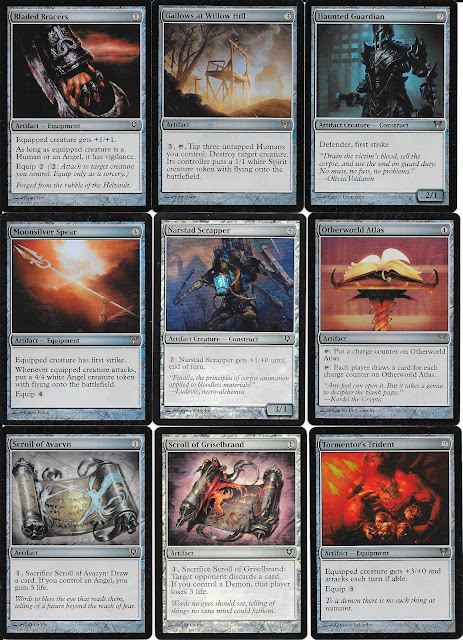 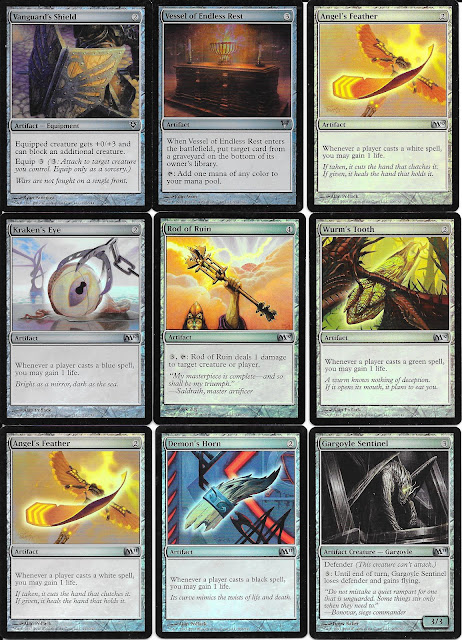 You'll notice some of the cards double up because I collect one from each release, even if it is just a reprinted card. If nothing else, the set icon is different! 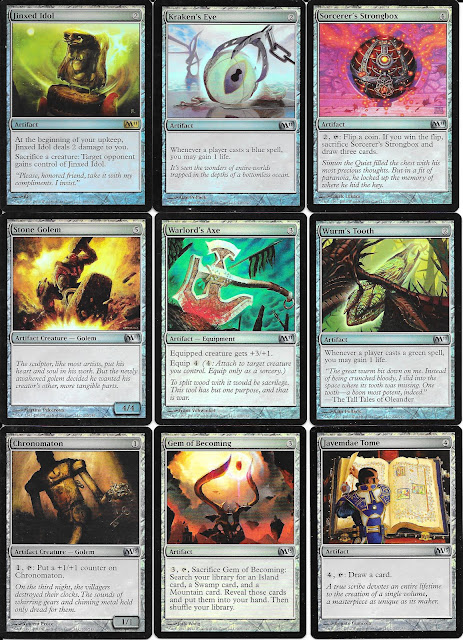 Have to appreciate the art work - really like the Warlord's Axe. 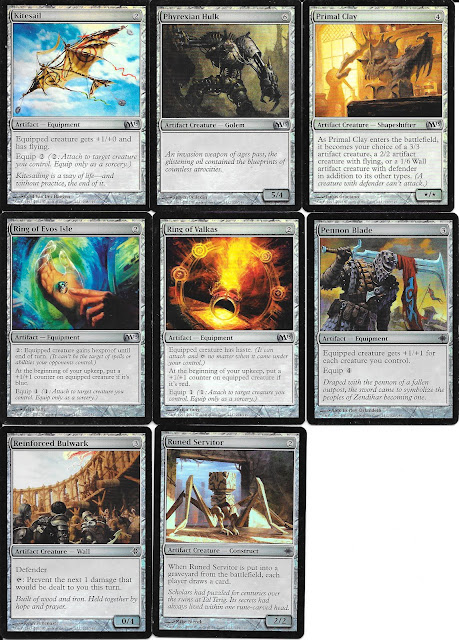 Same can be said with Pennon Blade too - detailed weaponry.

I did also separately pick up most of the artifact cards from one of the late 2019 releases Throne of Eldrainw... 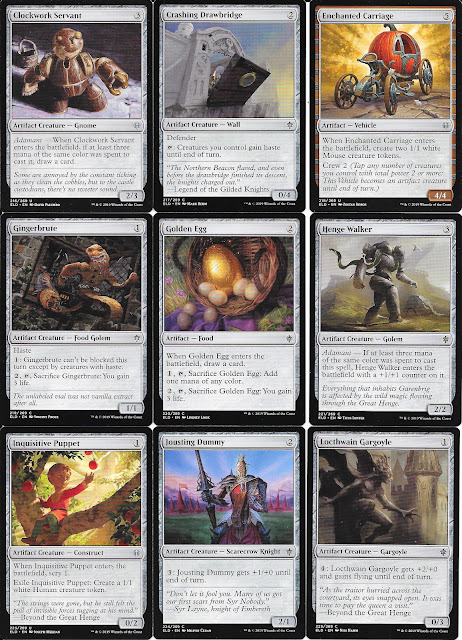 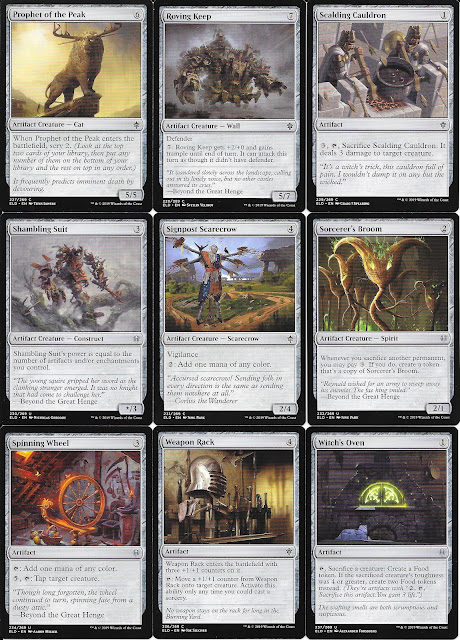 As far as artifact cards go, there are a few different card groups like Phyrexians, but my favourite are the mechanical Clockwork cards, the Servant here being a new addition to the group which also includes; Clockwork Beast, Clockwork Avian, and Clockwork Gnomes to name a few.

My favourite pickups from this trip...a few cards which come from WAY back, one of the first few releases, Unlimited... 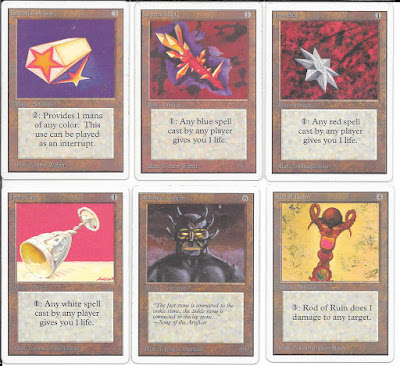 All common and cheap cards at less than $1 each, but there aren't many in the set otherwise, as far as artifacts go, that fit the bill, and since I only had one other artifact card from the set, awesome to get these. I don't even card that the artwork is the same as later releases, as you can see the change in how text was written.

There you have it - probably the last Magic singles I go through this year unless I break down and pick up a repack from Dollarama....can;t do it....

What makes it easier? Having great trade partners like baseballcardstoreca (check out the website!) as these are the Jays from the package I showed the Leafs of a couple days ago... 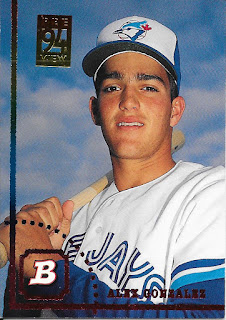 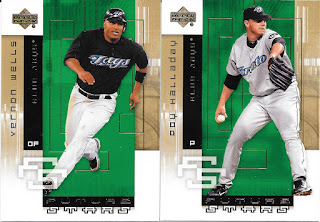 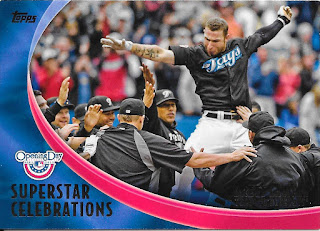 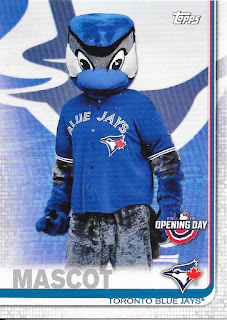 Some nice one two a set cards with '94 Bowman Preview, 2 of the three 2007 Upper Deck Future Stars Jays to join the one I already have, a superstar celebration and mascot insert to boot. 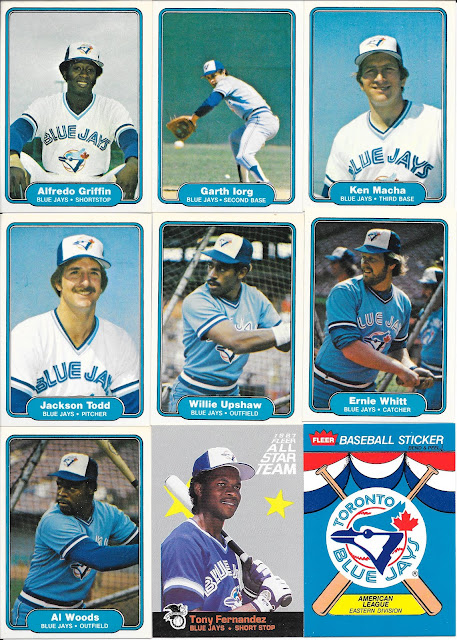 A good number of 1982 Fleer Jays don't quite finish the set off, but add a whole bunch to the few I already have. 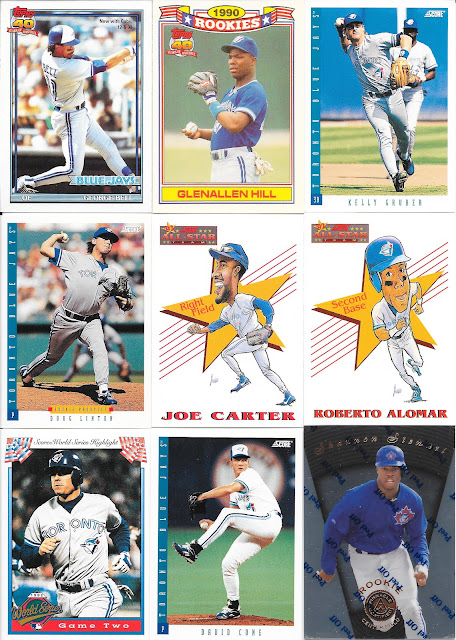 We move into some 1993 Score after a couple more Glenallen Hill cards, including a couple cartoonish all star cards..with some really long faces. 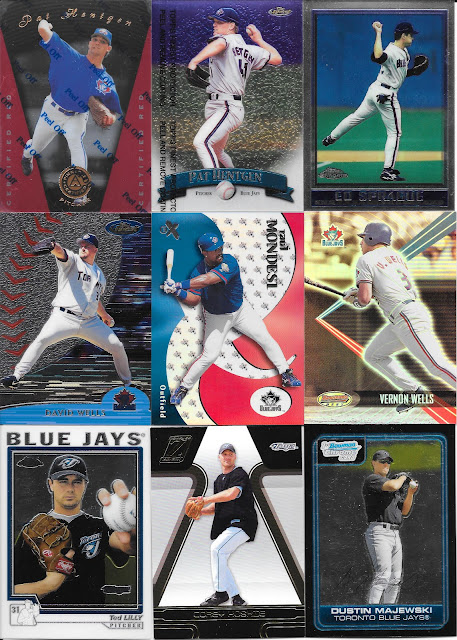 Moving on into the late 90s and early 00s, we get a lot of metal/chrome cards, which is fine with me! They may not always scan the best, like the Ed Sprague, or scan really well like Vernon, or pop like Ted Lilly's Chrome. 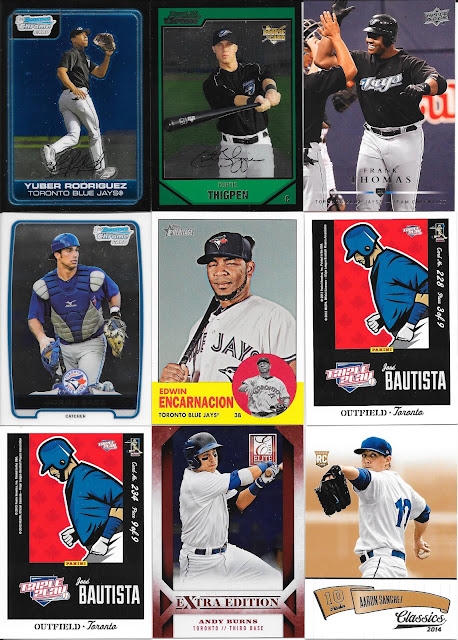 Yup - even thrilled to get Triple Play Jays that I need. Wouldn't mind getting all the Jose cards to be able to make the bigger puzzle from the pictures on the back.

As much as I enjoy Heritage - any Frank Thomas Jay is going to stand out in the bunch for me. 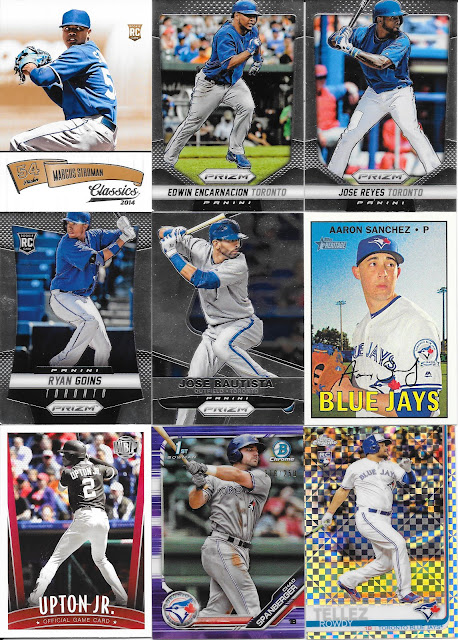 We save some of the best for last as we not only get some decent Prizm cards, but a SN Spanberger and Tellez parallel which can nauseate if you stare at it too long....awesome.

Always appreciate the packages and the fun of going through them and adding to the collection, just a great bunch here!
Posted by CrazieJoe at 8:00 AM