What's with these necks

As we have seen with 2013 Tripe Play Panini - there are some decent resemblances to players, and some interesting designs, and at least another example of one odd looking neck picture.

Not sure if it is the dreaded head on view, but Matt's head just looks more like a tree truck with his neck - yikes. Great that there are three new base cards, but man, some of these you just can't unsee. 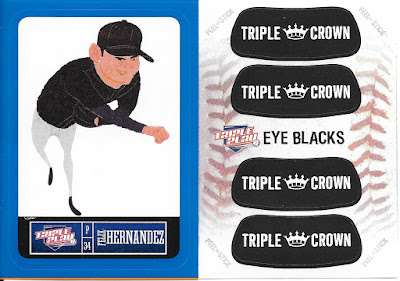 Yup. Apparently eye blacks that say Triple Crown must have been wanted by someone.... 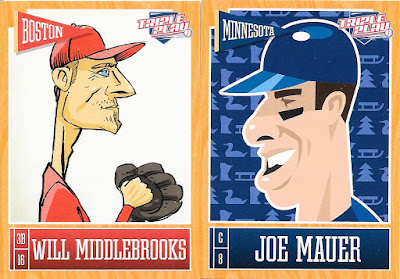 Mauer has one huge jaw. 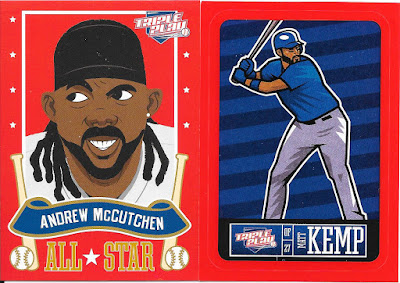 Okay, definitely a step up from the first pack with the All Star insert. 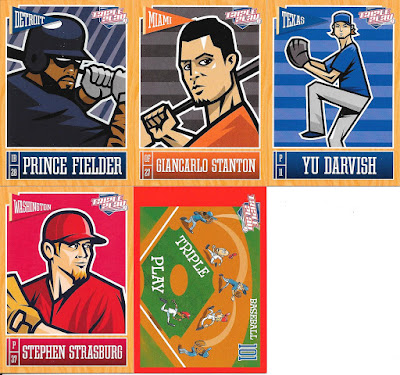 Kinda makes up for all the base being dupes. Great players represented in them, just too bad they aren't you know, actual pictures.

The Baseball 101 card, well, again, kind of useless, but in set names triple play, I can't blame them too much for a triple play card in this insert set.

We will end today actually with another PWE from another great trade partner on TCDB - althib. 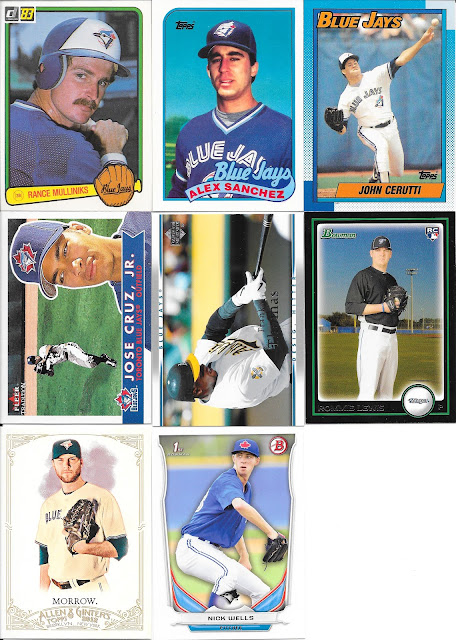 We start with some nice random needed Jays. The John Cetutti is a white back O Pee Chee, not just your run of the mill 1990 Topps version.

We also get a Frank Thomas card sneaking into the Jays binders in an A's uniform....tisk tisk... 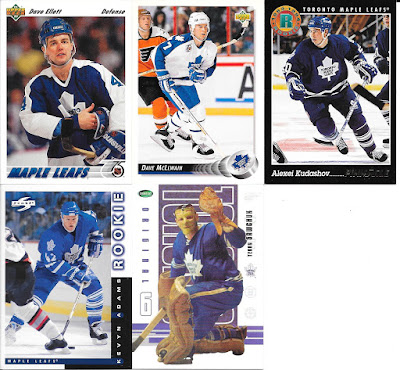 Some miscellaneous Leaf hockey. Alexei managed 25 games in the NHL, all with the Leafs however played around the world, significantly in Russia, leaving professional hockey in 2012-13 at the age of 40. So as much as he didn't stick to the NHL, he did play professionally for a long period. 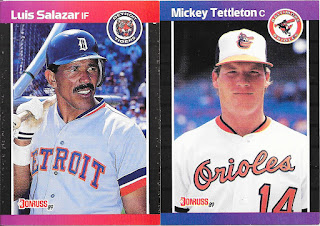 Lastly, a couple quick cards knocked off the 1989 Donruss set build which continues on it's merry way.