I will get to correlation later because there is a gem of a card in this pack, which makes up for those issues... 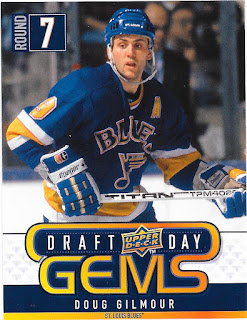 Alright, so it isn't a Leaf card, but nice 1 in 12 odds, and happens to be my personal favourite Leaf captain Douggie, so I love this one. Only fits into the collection as being an insert, but that is more than enough for me!

The other insert is the expected Victory Update... 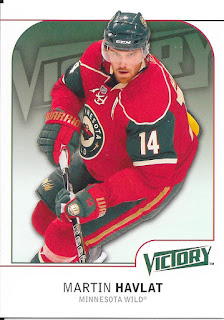 Was able to get another three base cards knocked off the set with these but...

These show you that they must package and correlate these as a 3 and 3 bunch with 2 insert and Update card sandwiched in between. I guess each set has to have their own way of packaging, but this really sucks given the back to back pack like this.

Also up today, a great trade that does some damage on a set I absolutely love. The trade is with TCDB member bobfetta. 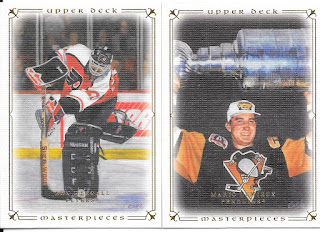 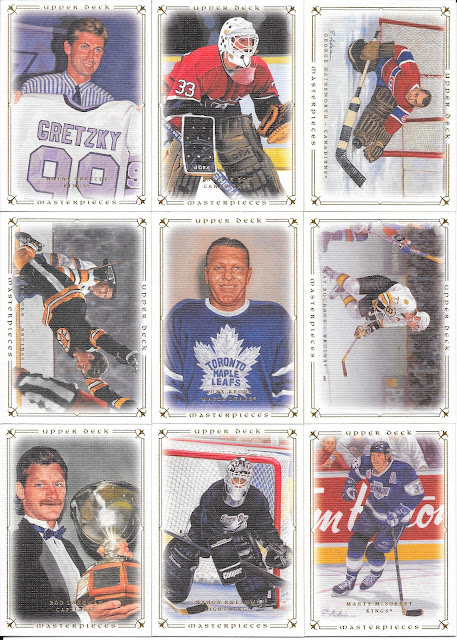 I have gushed about this set before - 2008-09 Upper Deck Masterpieces. Can't say enough about how much I enjoy the look and feel of the cards - even if there are no stats on the back. I think I still have about 15 base cards to go on the set, but the 11 make a great dent, and some high quality base cards here...and Patrick Roy. 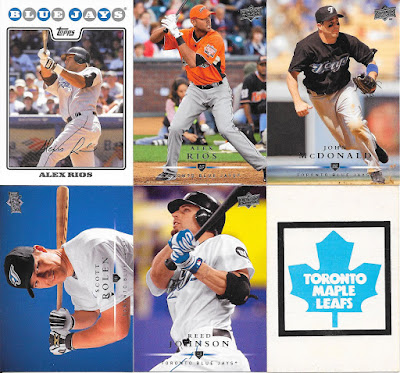 We also have some Jays and a 70s O Pee Chee Leaf logo. Other than Rios being in an ugly orange, a great bunch and awesome trade!
Posted by CrazieJoe at 8:00 AM