Okay, I thought the odds were low on getting back to back packs with the same gold rush card, here's another one that goes a bit against the odds... 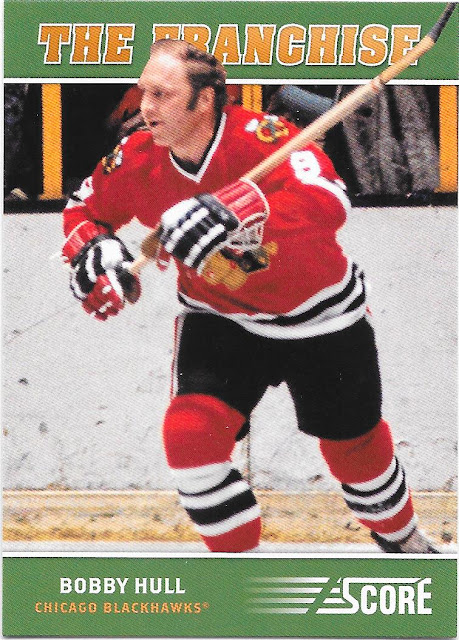 Just had one of these yesterday. Not sure on the exact odds per se (think it may be one of these every 6 packs or so), and with the smaller set, may not be as far on the odds, but still unusual.

The couple other dupes... 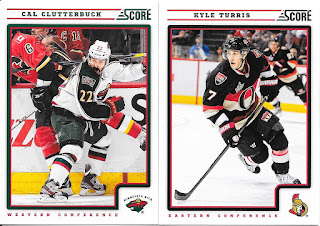 Keepers for today are... 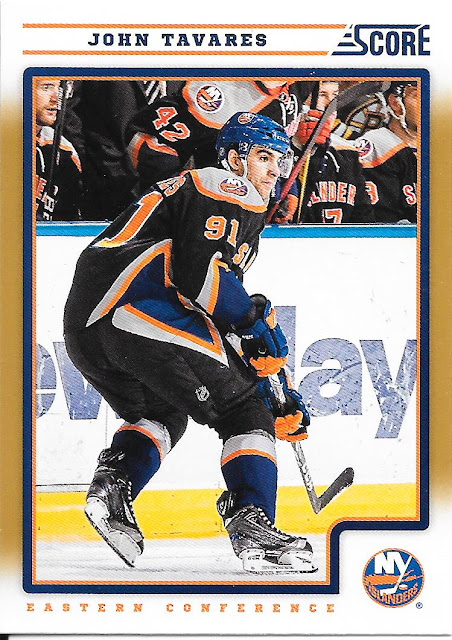 I don't think I have talked much about John joining the Leafs' but it was a great move for both sides, though I know likely a hard decision for John given his tenure with the Islanders. The leadership and veteran knowledge has likely been invaluable off the ice with a young core and what can be the next 5-10 years for the Leafs in Mathews and company.

Needed this card, and too bad it is pre-Leaf, but happy to be able to add Tavares Leaf cards to the collection from the more recent sets.

On a good note, a certain someone already told me he would hook me up with that last missing insert..and why not share some other things TCDB member baseballcardstoreca already sent.

We start with a few smaller card/stickers including a very young looking Dave Stieb. I really don't remember him ever being that young - wow! 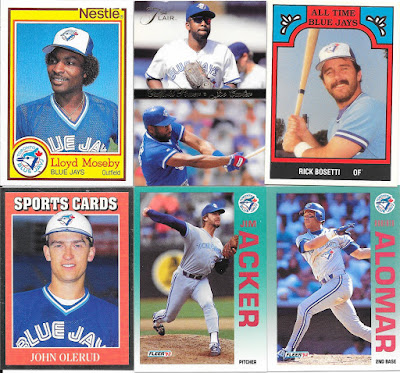 We continue with some more nice 80s cards. The nice looking Lloyd Nestle Dream Team card is a great one. Sure, yellow isn't the pretties of borders....1991 Fleer, I am looking squarely at you...but it's alright otherwise with the back being of the same back design from Topps that year.

Never seen the Rick All-Time Blue Jays card - or any from that set, before. 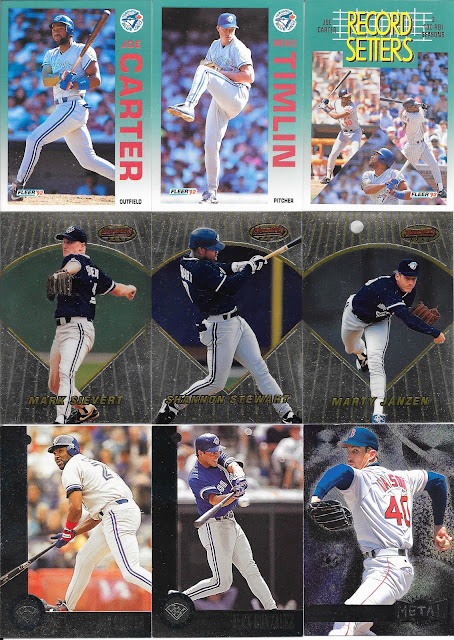 We move into some more 1992 Fleer needed dupe Jays as I am slowly collecting that set (definitely on the back burner), and some Bowman Best and other similarly shiny 90s Jays. 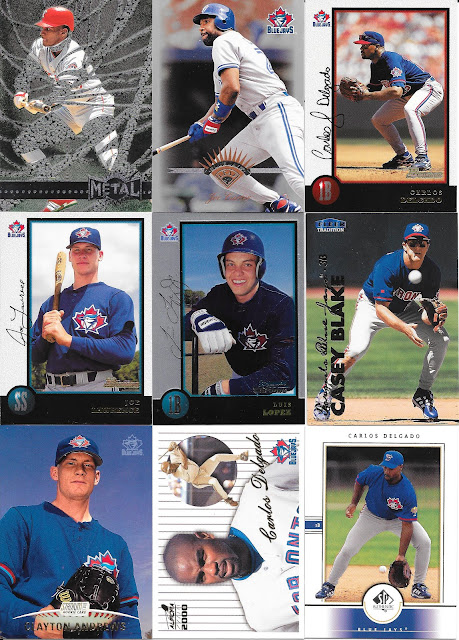 The Jays content ends with a great Delgado, but man, I hate that Otis Nixon card. It is a Jays card, even though he has his Texas uniform. I don't really like the design, and never really enjoyed Otis as a player, likely due to the Braves vs Jays connection, so just a mish mash mess. Don't get me wrong, I needed it for the collection, but doesn't mean I have to like it. It's kind of like whenever I have to get a Patrick Roy card in order to complete a set. 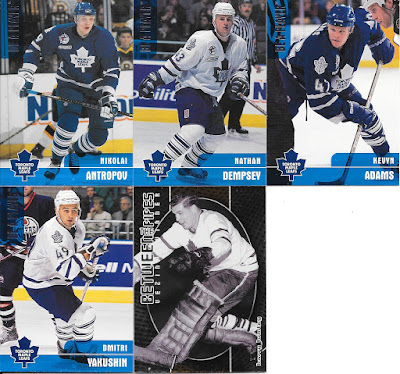 Leaf content too! Here are my first 1999-2000 Be A Player Leaf cards. Actually, may be the first of any cards I have had from the set as I don't remember that design at all. Add in Lumley Between The Pipes for good measure! 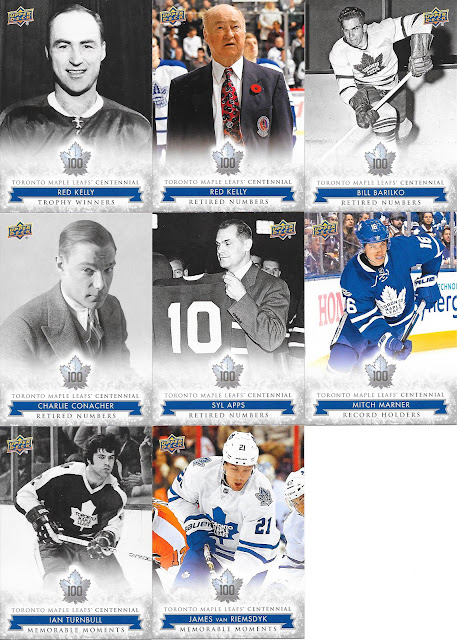 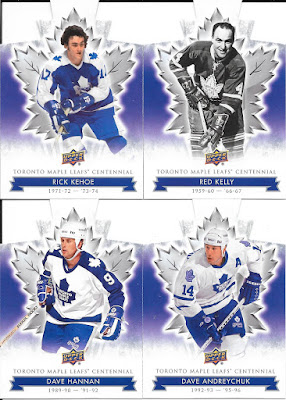 Now this set - I love. It's easy to love a 200 card set, plus all the inserts and parallels, when the sole subject is your team. Here I was hooked up with a bunch of the lower print base cards (though I am still missing a bunch), as well as a few of the die cuts I don't have.

I doubt I will ever complete the set as a whole without some great focus, but this is one that, if I was ever tempted, I would try and work on a master set. 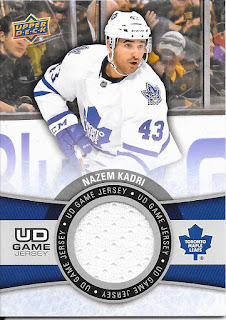 A sweet Kadri jersey. I miss Kadri - he was a solid player, and I get why he was traded away, but I would have liked to see him stick around longer. Would also make my Jersey of his still relevant.

As always, another great bunch of cards, and my many thanks to baseballcardstoreca!
Posted by CrazieJoe at 8:00 AM