I am in no way collecting 2014-15 O Pee Chee Platinum. Don't get me wrong, it's a pretty set, but with a mere four cards a pack, and not being a product I wanted to drop money on, and not much as far as desire on the cards involved, just not happening.

They are pretty cards. Heck, best card of the 4 in this pack from the NHL Championship Collection box is a nice rainbow - after taking a few minutes to try and sort through the different parallels. 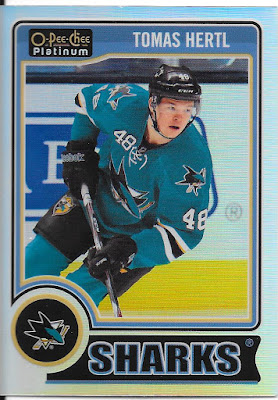 Nice scanned colour scheme with the Sharks, and Hertl isn't too bad a pick up for a rainbow card (which fall every 3 packs). 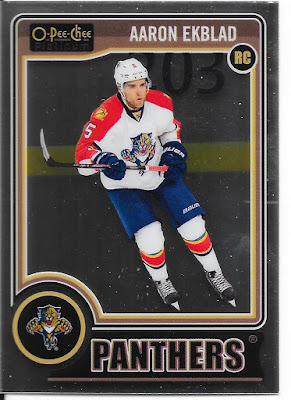 Best of the base, a nice rookie in Ekblad. While the others... 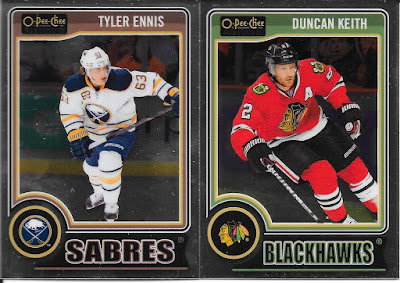 Solid again, but no Leafs so not an overwhelmingly good pack for my own collecting.