As good as it gets

With Triple Play packs from 2012 and 2013, I guess the best you can hope for is a bunch of new cards - luckily we get about that today. 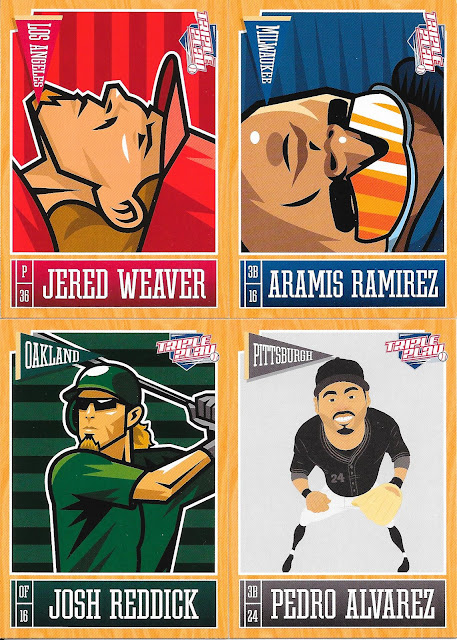 The new base cards, and a couple things I haven't seen before on these - the green of Oakland (well, was new yesterday too, but I forgot to point it out) which looks a bit better and at least stands out a bit, and the sunglasses on Aramis. Not saying this is a better set by any means, but at least a little less monotonous. 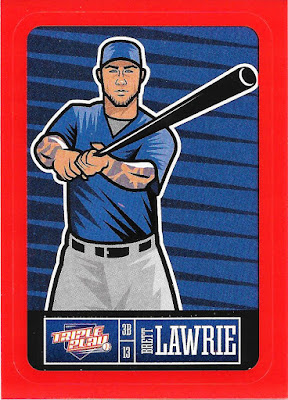 Here is the big hit for me in the pack, a Jays insert. I miss Lawrie in a Jays uniform. 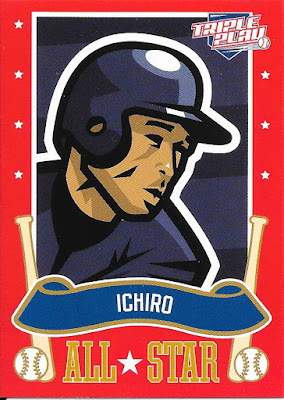 Here we have an Ichiro All-Star insert. The All-Star inserts are about the only thing in these cards that I can actually OK collecting as I don't mind the design here nearly as much. 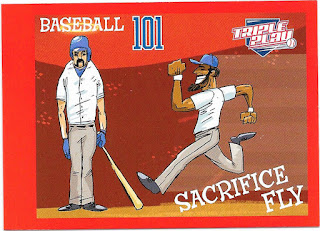 This on the other hand, is just a disaster of an insert set. I mean, what is the point. I get the aim at younger kids, but do we really need to know baseball rules? I would think if you collect the cards, you know something about it, or at least would find somewhere other than a baseball card to want to learn about it.

Here, we get keepers across the pack... 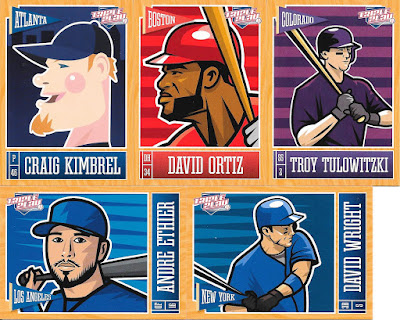 Okay, the purple looks pretty nice too - better than the green actually. 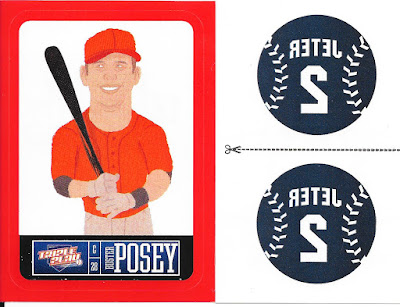 Doesn't get much better than Jeter for the tattoos.

Well, it wouldn't be fair to just go on and on with Triple Play. I'd have no one left looking at the blog before the box is done.

I have a stash of Magic cards I picked up around Christmas time (about 2 weeks after the foil cards I shared a few days ago) - before my self imposed "no new cards" promise for 2020. I'll split those up and share a few times to break up the Triple Play packs.

So the purchase was to fill some lower end holes in older sets. I wasn't looking to spend $2 or more per card - heck some of the older ones would be in the hundreds. I did go all the way back and picked up about $50 of cards when all was said and done. At least with Magic cards, I can feel like I can always get my money back on them if I were to sell them. May not be perfectly true, but at least I can feel that way! 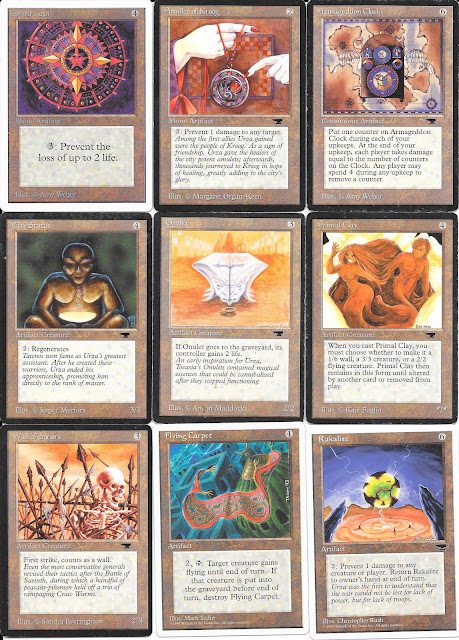 We start here back in Unlimited which was the third set released after Alpha and Beta. With the Conservator, I believe I have all of the cheap cards from Unlimited, but will need to spend bigger dollars to get any more.

The black border bunch are Antiquities which came out the next year. The cards here are not new to me really as I have them all from reprints in other sets, but they are new to me in Antiquities form.

The flying carpet is from 4th edition which was the terms they used for the sporadic baser sets until they got to a core set coming out each year and naming them by year.

The best card for the lot is the Rakalite as it is the last card from Chronicles that I needed to complete the set. Well, having all the artifacts from the set which is all I really care about. It's like completing a team set. 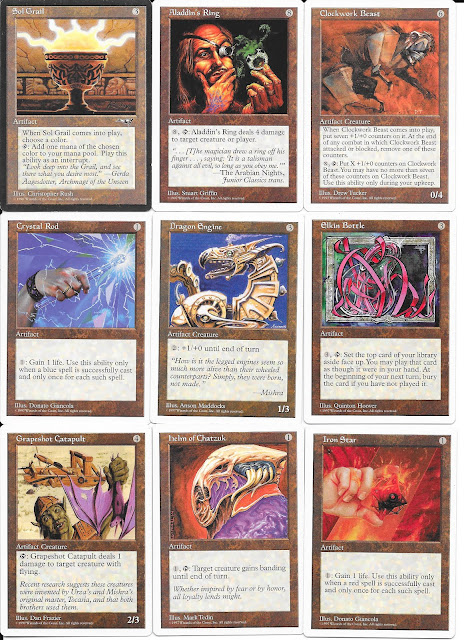 One Alliance card, and then we get into 5th edition, circa 1997 (the easy way to tell the difference is by looking at the copyright dates - they finally put a symbol on even the base sets starting with 6th edition). 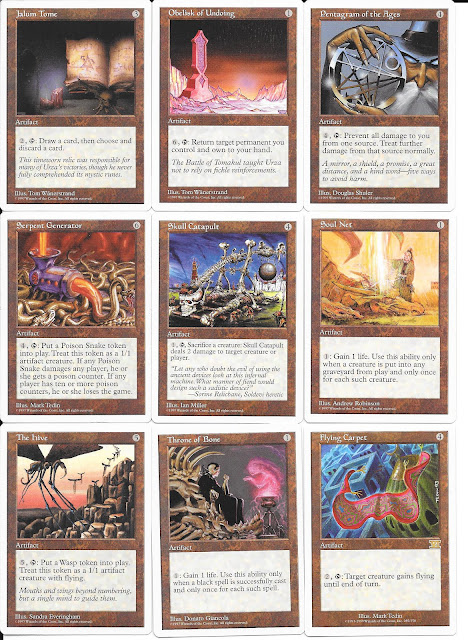 Some more Fifth edition and... 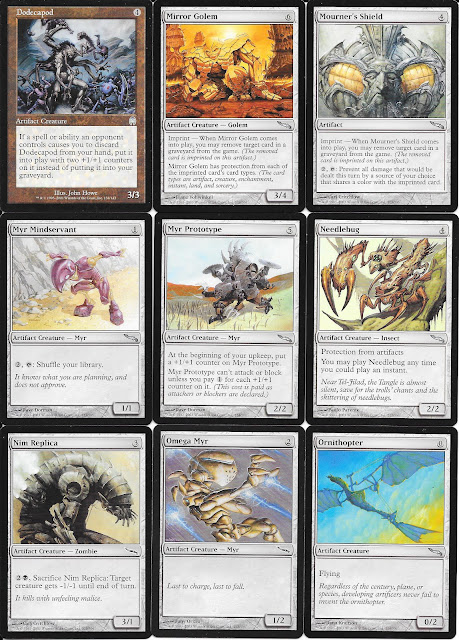 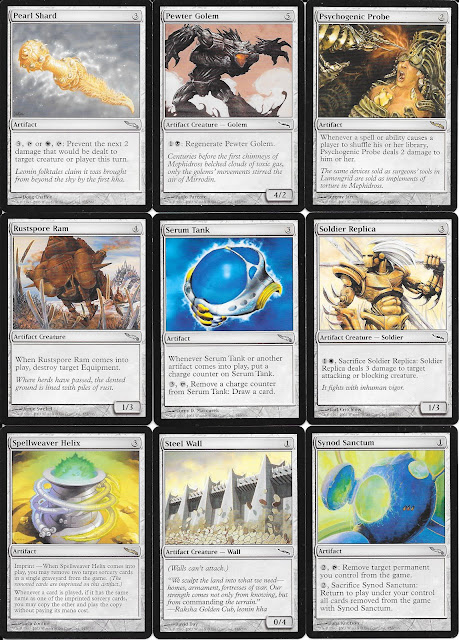 We get into Mirrodin which has a ton of artifacts. It seems that every few years there is a set with 100+ artifacts, whereas the usual set has maybe a dozen or two.

Not all of them are new as we have another reprint of the Ornithopter (with some nice flavour text to it as well).

An awesome first bunch of cards for the Artifact collection and only more to come!
Posted by CrazieJoe at 8:00 AM