So today, we very clearly have a pack of 2013-14 Upper Deck Series 1. Here is a scan again of the package if you don't believe me. 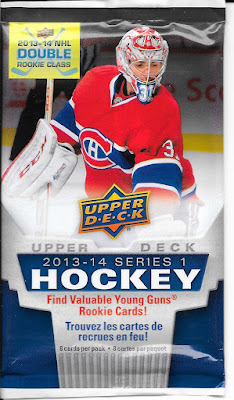 Why do I bring this up? Well, it may not be a set I am collecting, so my care here is for Leafs and inserts. No Leafs, but here is the front and back of the insert... 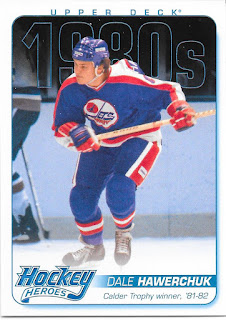 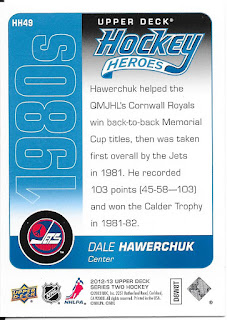 Appreciate getting one of these as they are every 12 packs, but the back of the pack clearly says series 2, as well as being 2012-13 Upper Deck...huh. Not sure what happened there, but so be it. Just thought it was an interesting issue on the card.

As for the base cards, here they are without further ado... 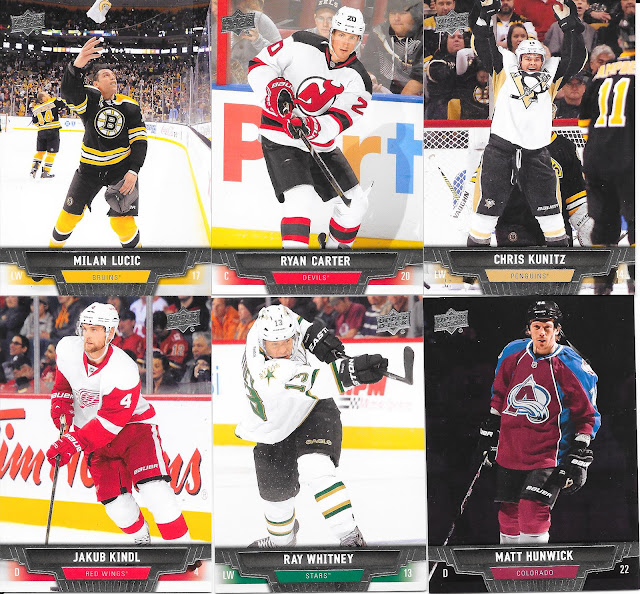 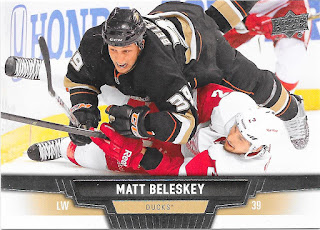 Another solid design for a flagship set by Upper Deck

On a separate note, Jeff Scott - a reader and local Toronto guy, was nice enough to reach out again regarding some cards he's offloading as he pairs down his collection. He offered the cards up, and what I am planning to do once I go through them, is catalog a separate for sale collection with them on TCDB and simply work in, when trading, that I get back some Boston hockey cards for him. Since he is so close, when I have a bunch, I can meet up with him or otherwise get them over to him.

At a glance, I expect there are a few thousand cards to go through, and as the next couple months are my busiest work wise, I think this will be a May-July project, with the hopes of having a health stack to him later this year.

Sorry Jeff for not getting into them sooner, at least for showing on the blog, but I will try and get some of the stuff entered over at TCDB sooner and see what I can do!
Posted by CrazieJoe at 8:00 AM