Going through the cards from Jeff Scott, I have sorted through the hockey cards to at least pull together sets that have a number of cards so I can look and see who I know working on the set and what I can send their way.

I have a number of the Leafs from the set, but not much else, so this isn't a set I am collecting. Good news as far as trying to pass a good chunk on to someone else. 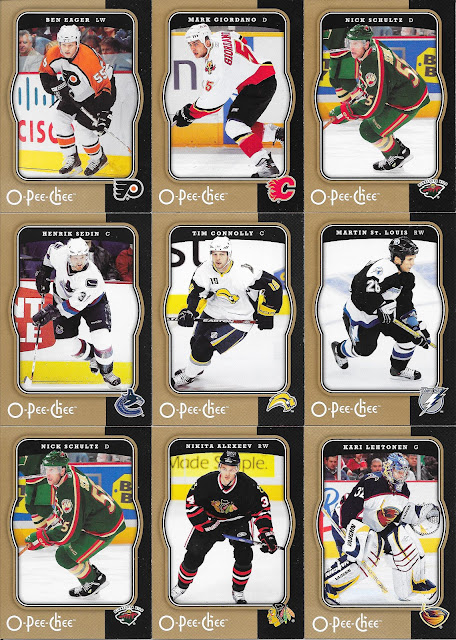 The set isn't my favourite design as the border is overwhelming and doesn't do much for a Leaf card. Probably looks pretty nice with Penguins though. 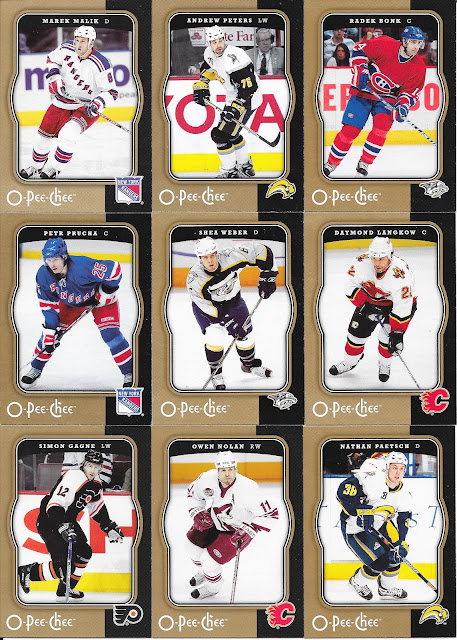 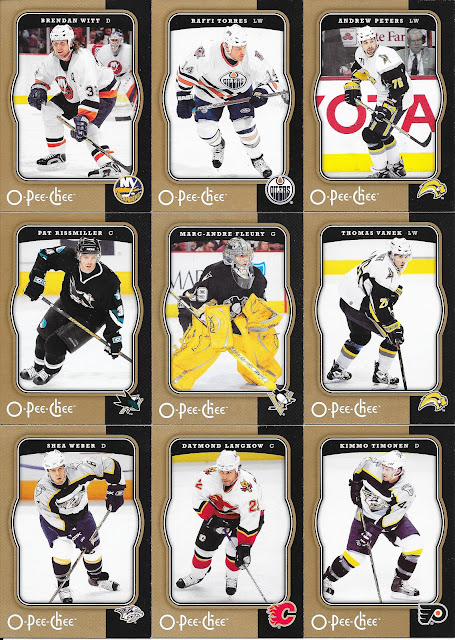 Yeah - I'd say that Fleury card is pretty good with the design. Design still takes too much of the card with thick border, but at least it is different I guess.

Oh, and did you notice the set is O Pee Chee? Biggest font on the card, and it is the set name. 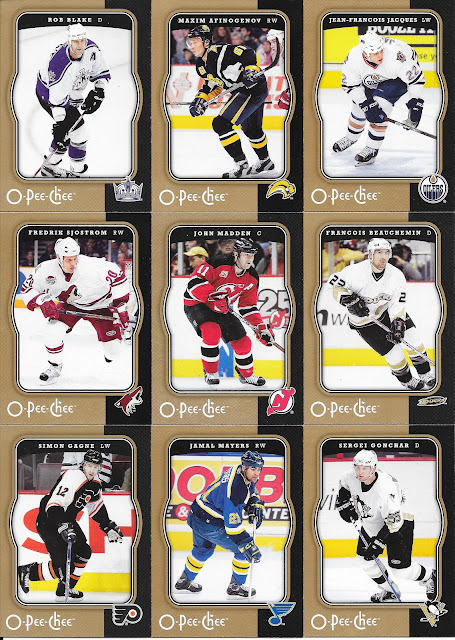 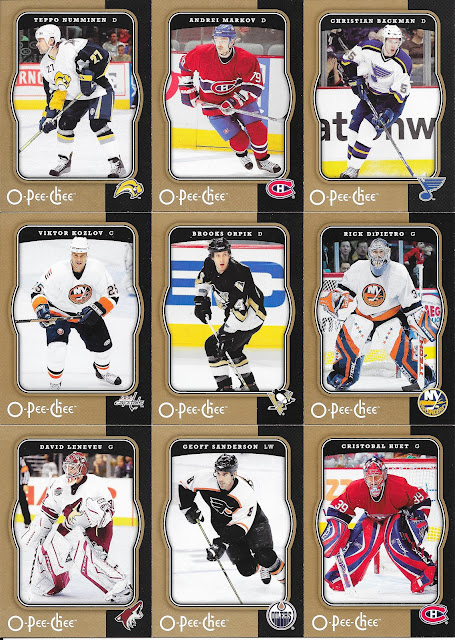 Not sure if it was done on purpose, but with the goalie poses, the pictures seem to do a better job of using that middle border bulge on the sides with the goalie stances. 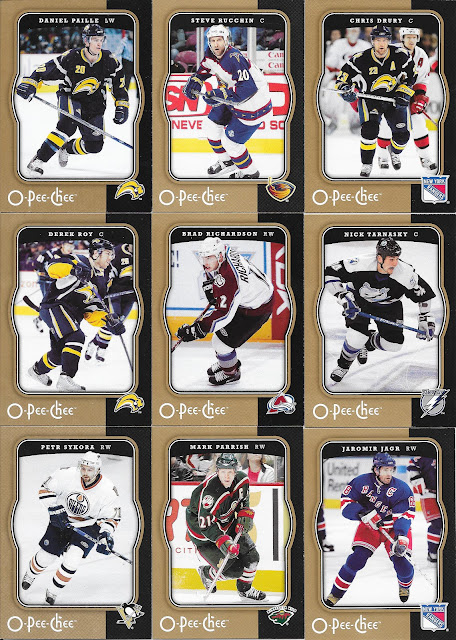 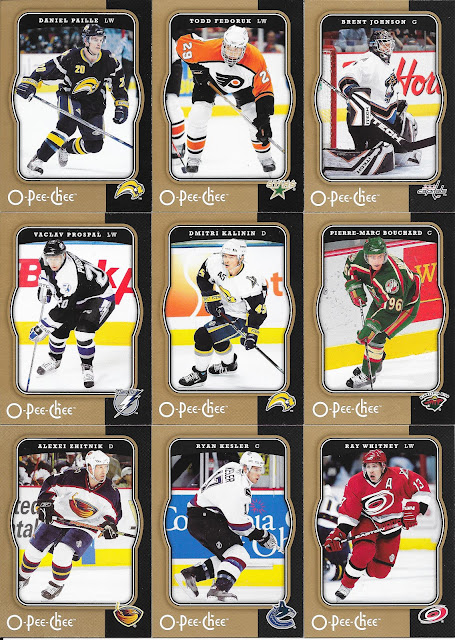 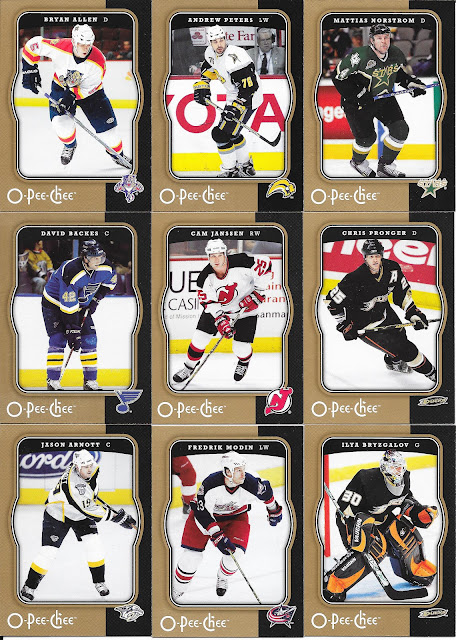 I haven't gone through card by card, but I know a few people looking for cards from the set - so hopefully that will provide homes for most of these, but none will be staying in my collection.
Posted by CrazieJoe at 8:00 AM