This pack must have heard my comment yesterday about liking the Toronto team card because I picked up some more of them in the base card additions today from the second 2017 Topps Series 1 fat pack. 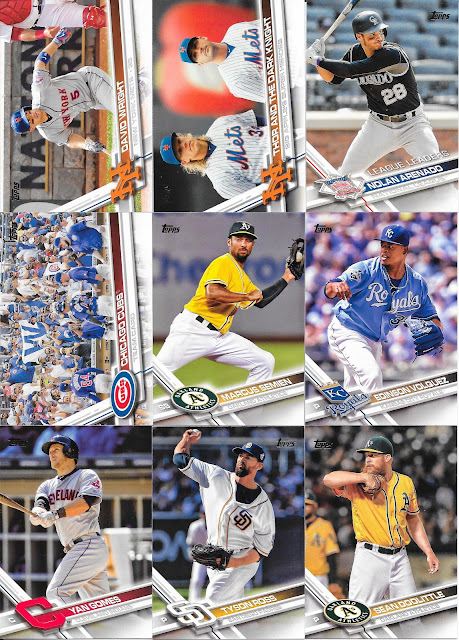 I'd probably like the Chicago team card a bit better if it was closer up on the team players, but can understand the want to get the crowd, which is an extra player, into the card.

Also, going on with the league leader comment yesterday, Nolan pictured here was in fact the leader in the NL with 133 RBIs. 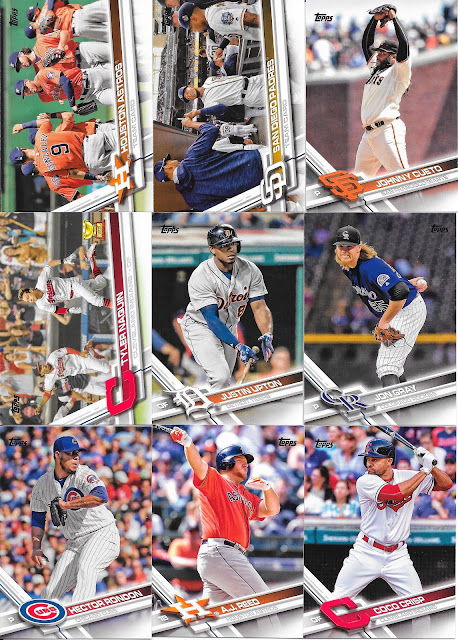 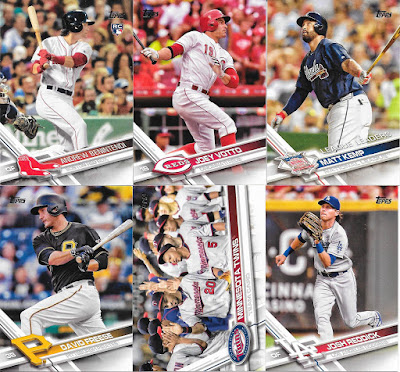 League Leader Matt Kemp shown is listed on the back as being third in NL RBIs. I haven't looked at the detailed listing, but maybe they did cards for the top three leaders rather than a single card showing the top three in one?

This was another good pack for picking up Blue Jays with another three here. 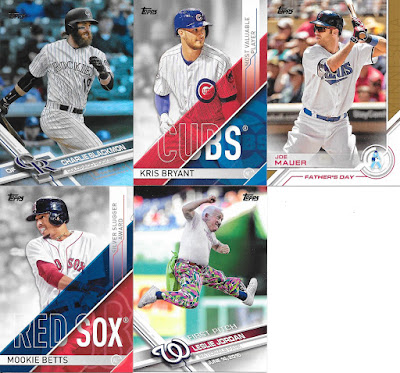 The inserts in the pack include a rainbow foil and first pitch. I will say the first pitch insert sets have grown on me. As much as it can be a "who is that?" moment, it does make for an interesting insert set, and with decent write ups on the back. 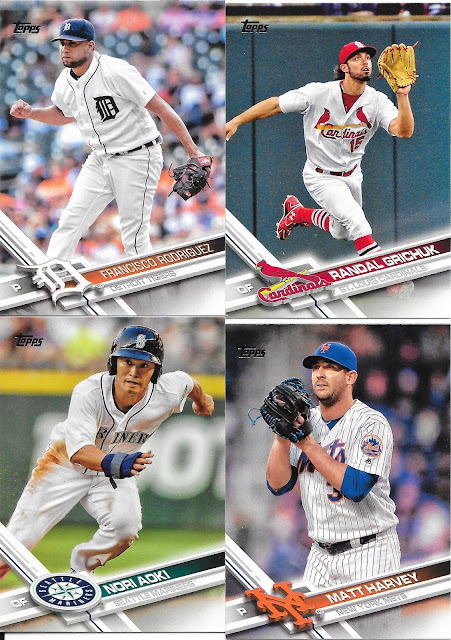 Again, just a handful of dupes so I would call this pack another success for set building (and Jays content too).