But better late than never! 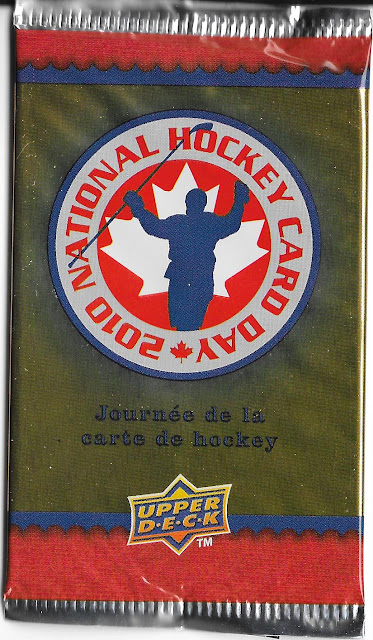 So today, I start with the "free gift" packs I picked up way back in the fall last year, on my purchase from Dave & Adams. I got 20 packs of the American version of the 2009-10 National Hockey Card Day set.

The good news is, with 15 cards in the base set, and the fact I already have 2...given there are 5 cards a pack times 19 packs since I will keep one unopened, there is a good chance I finish this set!

I will open a few packs a day, opening all packs as I'd love to make a second set if possible as I have someone in mind to send it along to, and I can't say no to a chance to pull an extra Leaf or two...

Can I use the excuse that maybe I will get one of the 87 signed Sidney Crosby cards?

Anyway, since I showed one pack above, let's open one today. As for my scoring, I'll do it on this one still, but since many of the cards will be dupes, this one will score low by default...unless I get that Crosby auto which would probably be my hit of the year.

Yeah, so let's take a look at one pack today... 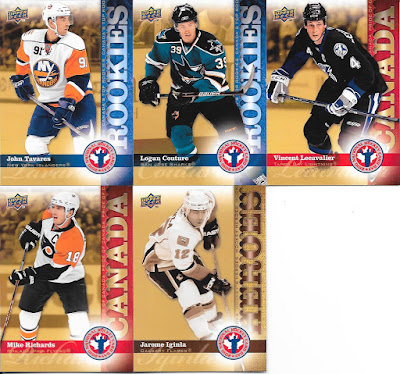 I kinda like the design. I shouldn't for a few reasons because I usually like the background action being part of it, and the border and framing take up a lot of space, but that said, I do like it.

The set has 5 Rookies, then 5 Canada, and 5 Heroes, and we get to see some of each here.

So my one complaint on this pack. I mentioned having two cards from this set and I got both in this pack as well - Couture and Richards.

Can't win them all. The question to me is - do I get a complete set, or maybe two....or maybe three?

What it isn't late for, is sharing another package that came by from baseballcardstoreca which had a little bit of everything (including a Bruin I put away for someone (and I appreciate that too). 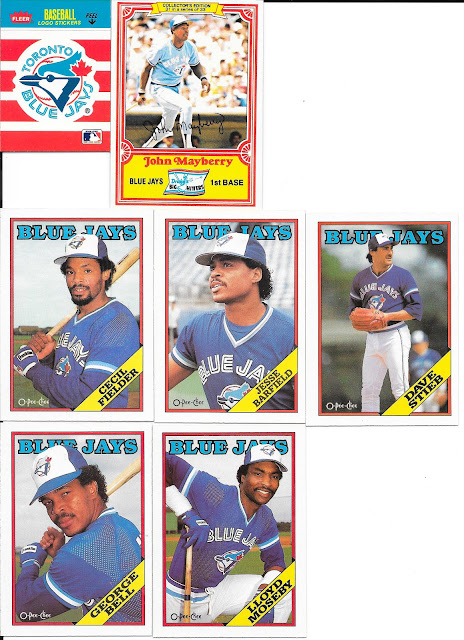 We start with the clear winners which are cards that complete team sets, specifically the 1988 O Pee Chee 29 card Jays set. Sure, it looks almost identical to the Topps version, but now I have both!

One of these days I should pull these Topps / O Pee Chee almost identical sets and scan them side by side.

Also - that Mayberry is one nice looking card for the early 80s! 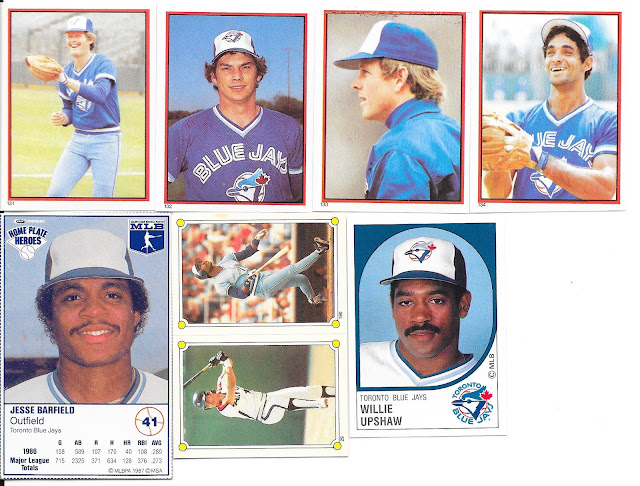 I like all of these, but the Willir Upshaw brings back so many memories. Those were the stickers I specifically associate with the hobby as a child of 8-9. I got so many of these stickers and sometimes I got a box of them. I think I finished 2 or 3 albums of the 1988 Baseball set which, if memory serves, had Don Mattingly on the cover. The album itself had a great set up too - check it out if you are interested in sticker albums as it was a great one. 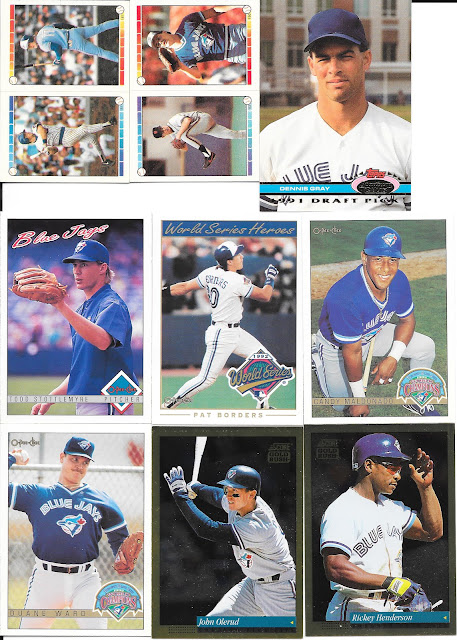 It took me a minute to realize 1993 O Pee Chee had inserts, and here are a few which are Jays of course, and related to that little 1992 World Series win.

Oh, and Rickey Henderson as a Jay - almost as odd as when Canseco did it, but Rickey was solid for the Jays and a good cog, though short lived with the team which wasn't unexpected. 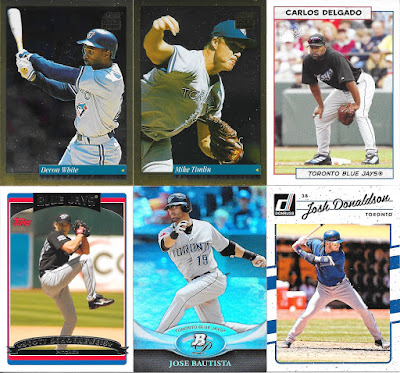 We finish with a few newer Jays including a Bazooka Delgado just chillin' while fieldin'.

Many thanks as always.

Hope everyone is doing well and keeping safe.
Posted by CrazieJoe at 8:00 AM