Catching up on a couple trades

No surprise with that title, exactly as it states, I have a couple small trades I need to share because, well, that's what I do!

First up a trade with Gregory_kyle of the PWE variety. 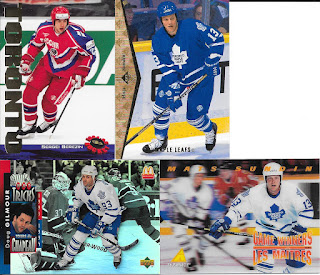 The trade was for only three cards, but the Berezin was a nice additional card sent my way - and was another need to, so a nice bunch of Leafs. The Sundin McD Pinnacle card also completes the 4 Leaf team set out of that one, so added bonus there as well in all the shifty 3D-ness. 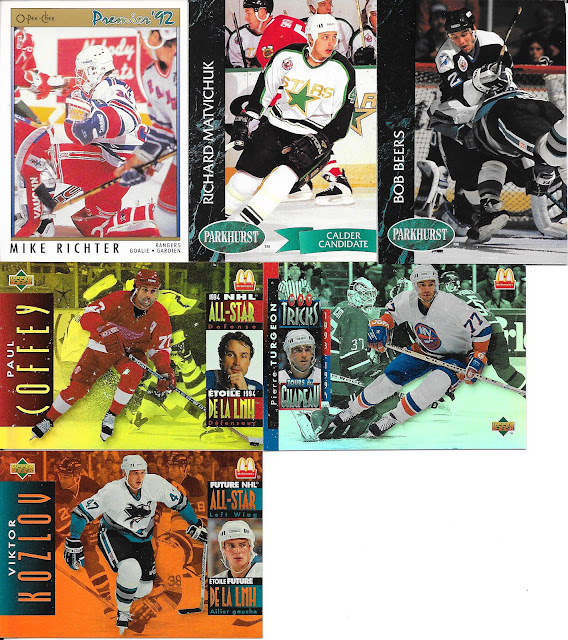 These are some set needs. Actually the Parkhurst are because I have auto versions and wanted to ensure I got a clean base card for when I do really work on the set. The McD cards bring to be a single missing card on the set. 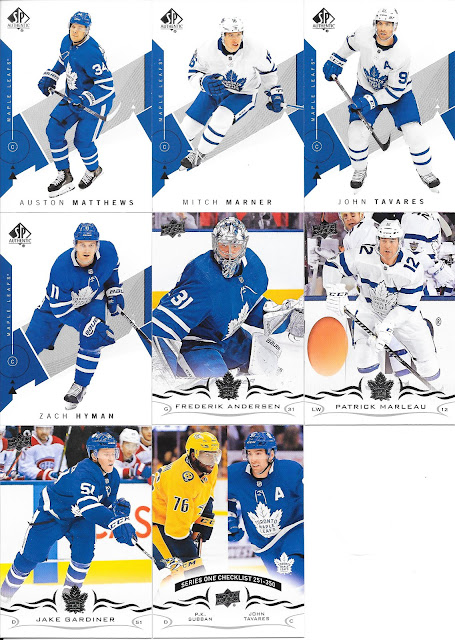 The rest of the PWE was a bunch of nice Leafs including some sharp SP Authentics Awesome!

Lastly, not so much a trade, but a gift bestowed from an angel. An angel in the outfield who wanted to help me move a couple sets closer to completion. 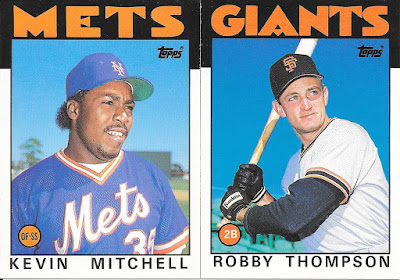 A couple 1986 Topps Traded cards, though I still need a couple of the stars like Canseco and Bonds. 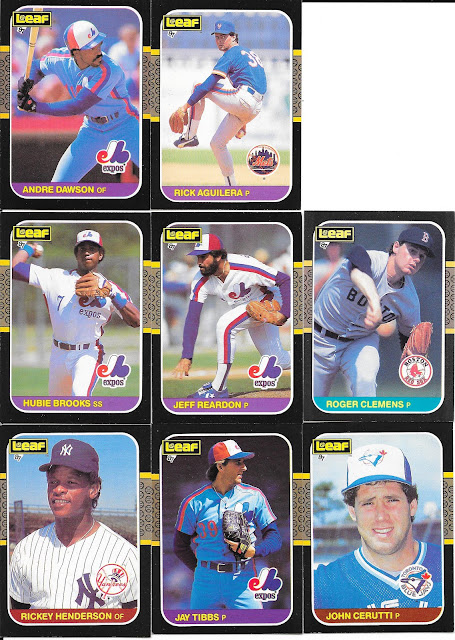 The Leaf set from 1987 is now down to a single card needed....wait....not quite...I had a couple Donruss cards in there by mistake...still, only a few left. Still a few dupes I need for the Jays team set and for a dupe of the Diamond Kings I like so much, but almost knocked off the rest of the set needs in one go!
Posted by CrazieJoe at 8:00 AM