A bit disappointed with the last jumbo pack since there wasn't a single Blue Jay to be had, but that doesn't mean it wasn't a good pack overall...hopefully. 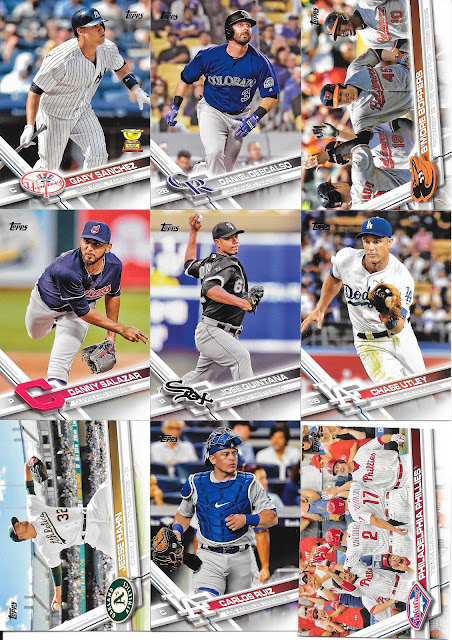 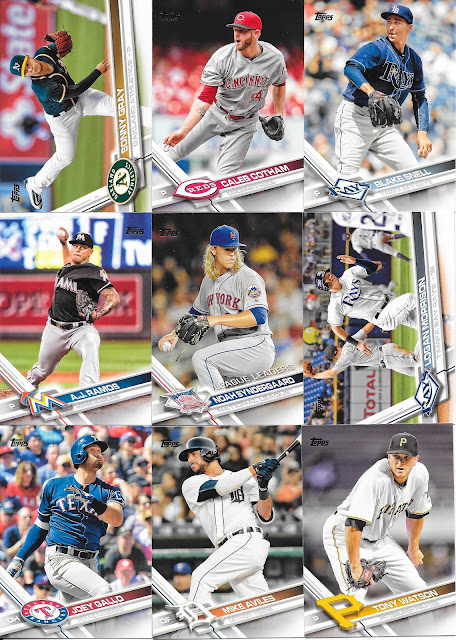 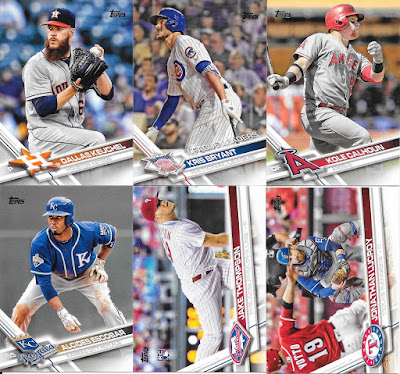 Here we have another 24 base card additions which means that over three packs, I added about 10% of the base set (72 cards), which is as good a go as I can expect. Too bad they didn't have some of these for series 2 at the time.

"B\More Boppers"....do we really need cards like this? Is it just a way to create another base card with stars? Just make a cute name, slap some team stars on it, and put out another card? Sure, the back is a checklist, but you could do checklists on both sides and have a few less cards. WHo doesn't like old school checklists anyway?

A few more dupes this time, which makes sense given having opened a couple more packs already. 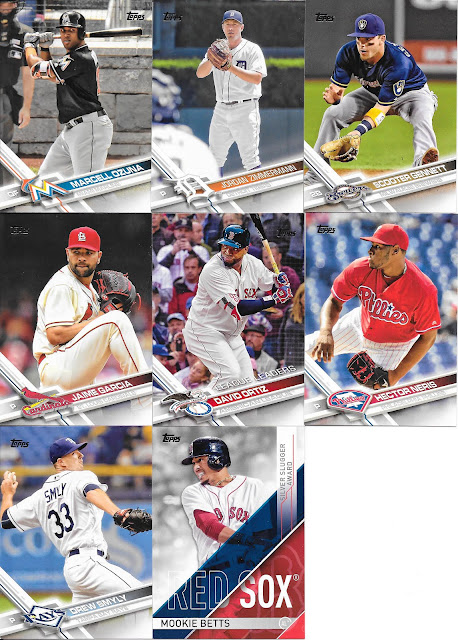 A first insert dupe here as well with Betts. Given the thousands of inserts, a bit surprising, but wat can you do. 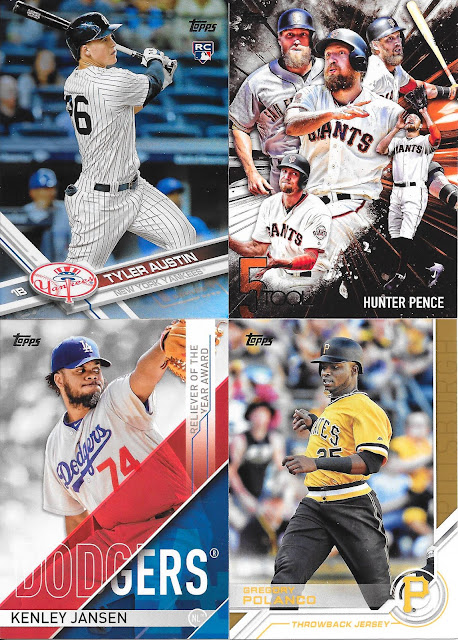 Another Rainbow Foil (excellent), and as much as I understand a "Salute" insert, I'd rather see the base card variations feature throwback uniforms rather than being included here, but that's personal preference.

Standings for the year thus far.....

I will probably cut this summary down to show top 10, or where the box/packs fit in otherwise, I may have a list of 30, 40, 50 items by the end of the year, and that's too lengthy for each summary post.

A good example of how a simple buy in set building can do well to feel like a success as well, adding a bunch of new keeper cards, rather than just inserts and chasing Blue Jays like the 2018 Donruss was.
Posted by CrazieJoe at 8:00 AM