Well, almost made it 4 months

One of my resolutions at the start of the year was to not buy any new cards. Well, I lasted almost 4 months as there was a sale on at 401games (okay, it was just before everything came down virus wise - so three plus a little bit months...). 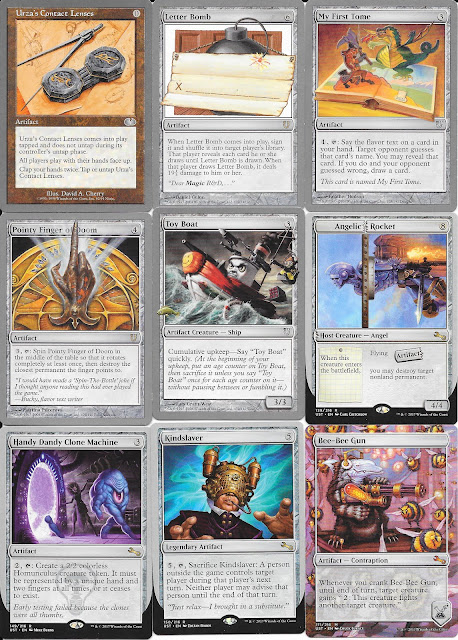 I am a sucker for the "Un" sets, which are the joke sets which have been put out by Wizards of the Coast. So, officially made, but not really for play per se, though some can be.

Since the Un sets were on sale, I just had to pick up some missing cards from my artifact collection.

The first bunch are the older sets (well a few from older sets) and the more recent Unstable set.

I enjoy Urza's Contact Lenses as it is a great reminder of the Clapper (clap on, clap off, the clapper! *clap* *clap*). 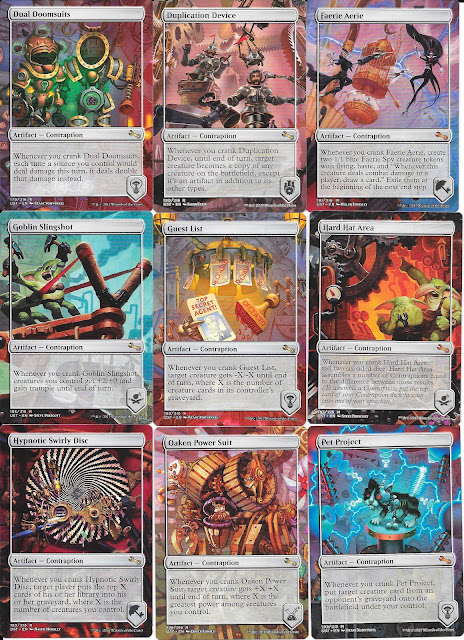 The contraptions from the Unstable set are an interesting twist, but I don't think they went over well, so don't expect to see them again.

I do however really love the Gnome token - so darn cute! 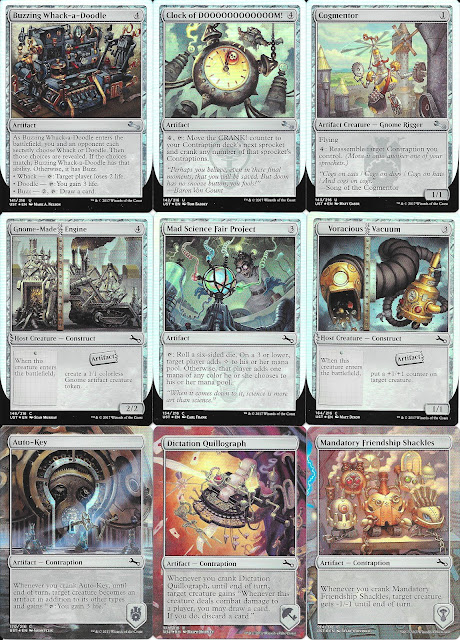 The last bunch are some foil versions of Unstable cards. I didn't have any yet, so picked up some of the cheaper ones, even more cheaply with the sale.

I still don't plan on letting the flood gates out on spending this year, especially given the year we had so far. Back to no money spent we go!
Posted by CrazieJoe at 8:00 AM