It has taken me a while to get to sharing this package from baseballcardstore.ca due to busy season, and everything else that's been going on.

Enough cards in the package that I am going to split it by sport, and here, we get to go through the hockey cards! 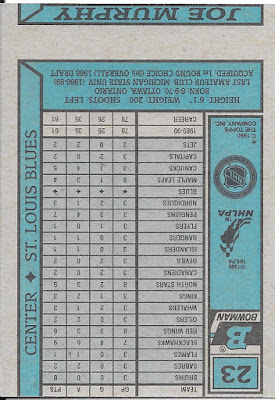 Well, if I am going to get a Bowman card out of 1990-91, I'll go for an error back on Wendel Clark any day! A nice one for the error binder indeed. 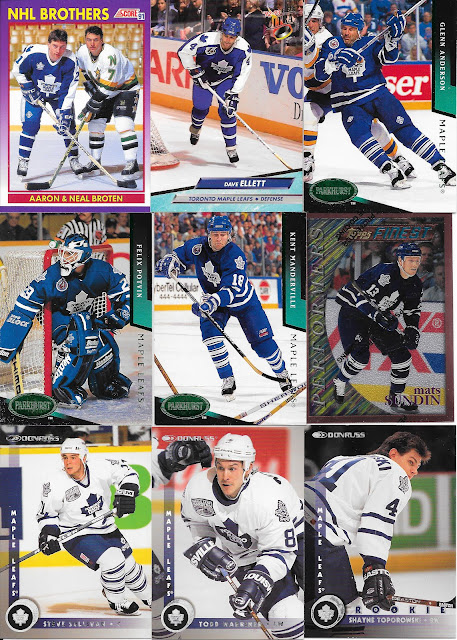 These may not be new sets, but definitely missing cards from my collection until now. Still really like and appreciate the solid, subtle difference on the 90s Parkhurst cards of the emerald green foil logo.

Tagging along are some base 1997-98 DOnruss because, I do have a complete set, but still need some extra Leafs for the Leaf collection...well, now a few less! 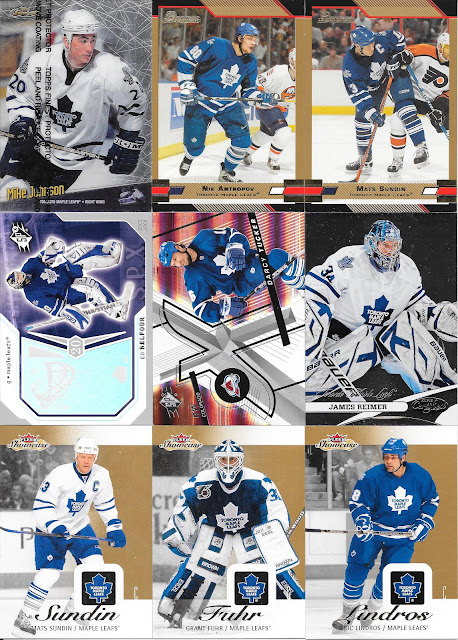 Here we have, not only my first 2003-04 Bowman hockey cards, but these two - Antropov and Sundin - are gold parallels, and are as thick as memorabilia cards. I believe that was done in a few different sets around that time as a way to "trick" pack searchers as it made the packs feel more similar.

A couple SPx cards in the middle with differing types of shine. I know, Darcy is an Avalanche here, but the unio is correct, so counts for me. 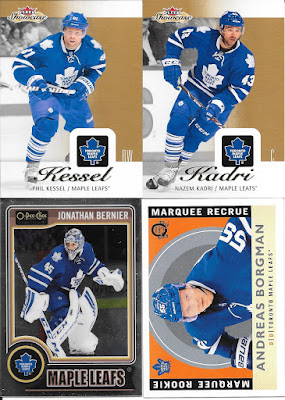 We also get some newer cards including a bunch of Fleer Showcase, which are the first, second, third, fourth, and fifth card of that set for my collection. Love the Fuhr card of the bunch with the great shot head on of the goaltender.

We end with Borgman who played a single season (well 48 games) in the 2017-18 season for the Leafs. The retro design is a good touch.

As great as these are, there were a few different team sets completed with the cards sent my way as well. 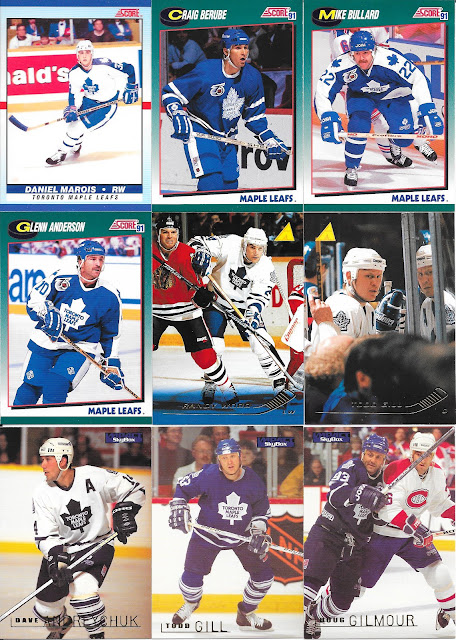 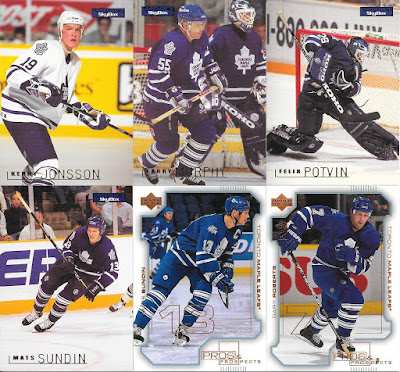 A nice variety, and sure the Marois is a one card team set, but that's just as good!

The Skybox cards seem a little bit off in quality, just not as sharp a picture as some of the other sets of the time. Maybe it is just me...but I can look at them in detail not to figure that out!

A great bunch of Leafs, and much appreciated as always. Tomorrow, we can go through the Jays!
Posted by CrazieJoe at 8:00 AM