Here is a pick up from my US trip last year, but not from Dave & Adams, but instead, clearance at the local Walmart near where we stayed in Niagara Falls on the US side.

2017 Topps flagship is a set I knew I would be collecting as I do have a decent part of it, given the size, and this was a quick way (hopefully) to pick up another 100 cards for the base set give or take.

Will I end up doing that well? Let's take a look over the next few days to figure it out. 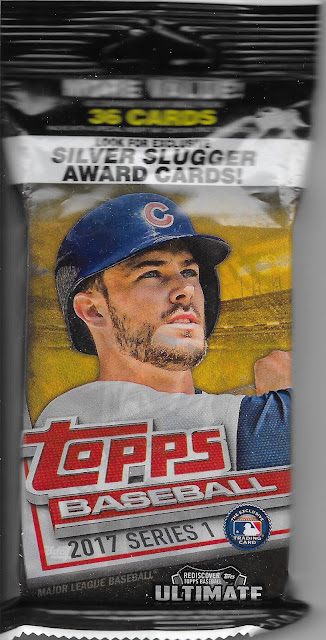 I bought four of them, so one goes into the unopened pack collections as usual, and the scoring is as follows...


Oh, and I had 72 base cards of the 700 before getting into these packs - not too many, so should have a got uptick. 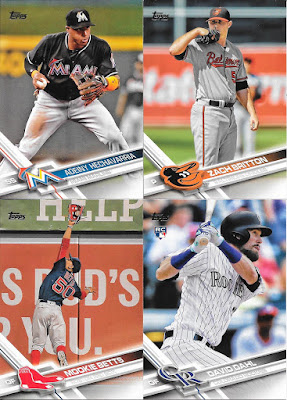 The Betts is still a really nice card. 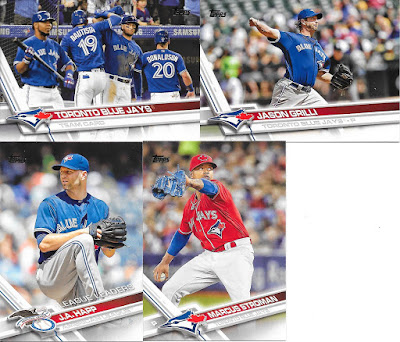 Did really well in the pack getting 4 Jays. All were doubles, but will need those for the set if I do complete it. That team card is one of my favourite because it covers the big names at the time all in one shot.

The other though when seeing these cards - how often do the runner ups appear on League Leader cards? J.A. Happ was second in wins, but gets to be on the card. I haven't looked into it, but would be interesting to review in a given year, or few years. Something to be pondered another time. 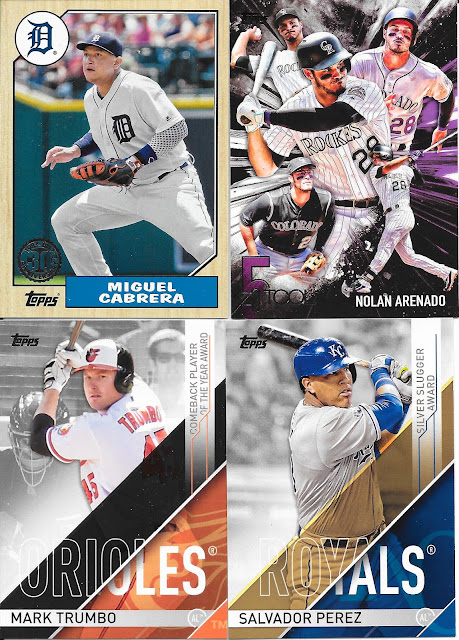 We have four inserts as well which are all new, and good keepers. I like the throwback 1987 design, though the version here is lighter than the actual 1987 design. The 5 Tool insert is interesting, but a bit too much going on the front. I don't need 5 images on one front, but get the tie in to the 5 Tool insert set naming.

The base keepers are plentiful. 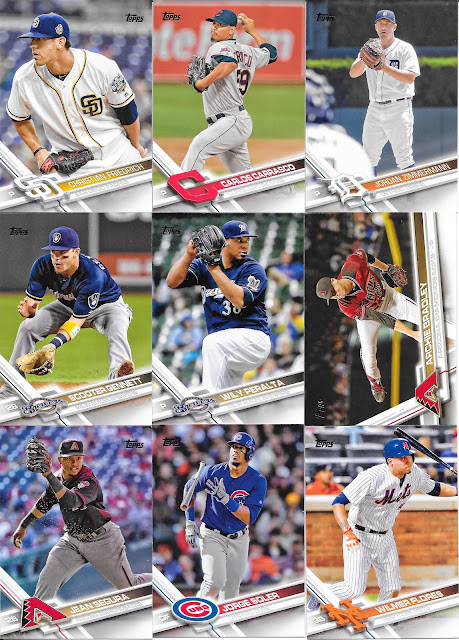 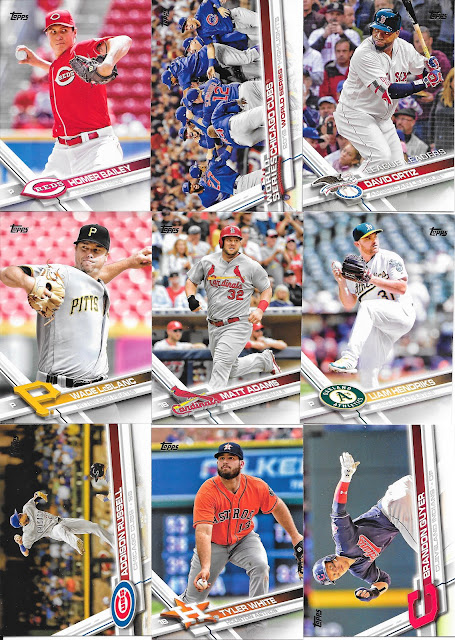 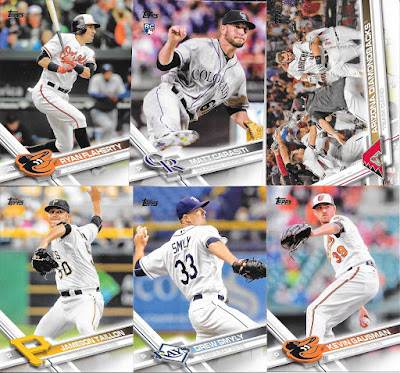 The Chicago card - you know, noting that World Series - is a good solid team card as well.

An excellent pack to start, and two more to go.