A start with a Legend

Today, we get back to the business at hand - spending a few days with a legend. Okay, a bit cryptic, but to spell it out maybe this will help... 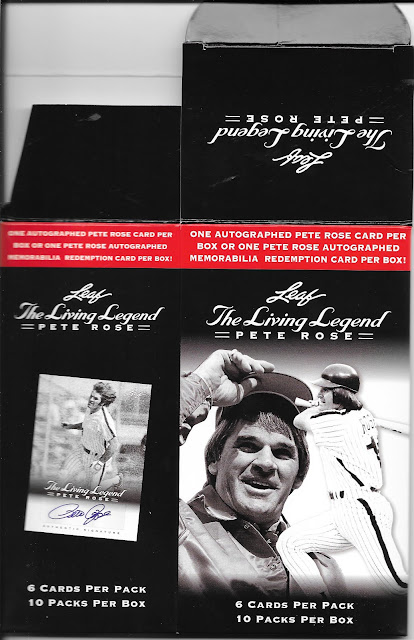 Yes - a box of 2012 Leaf The Living Legend Pete Rose set. So you may be asking me, why would you pick that up because..

Is it a set I would normally collect? No.

Is it a player I collect? No.

Did I have any interest before seeing it on sale at Dave & Adam's? No.

Did I pick it up because I thought I may be lucky and close to a complete the 50 card set in the box, and also get an autograph from Pete Rose? Yeah - pretty much this one.

There are no inserts other than the autographs, so this should be a low scoring box, but with the chance of a complete set if correlation is kind, isn't a bad thing.

So, the scoring...though it won't matter too much here...


Let's get right to the autograph first... 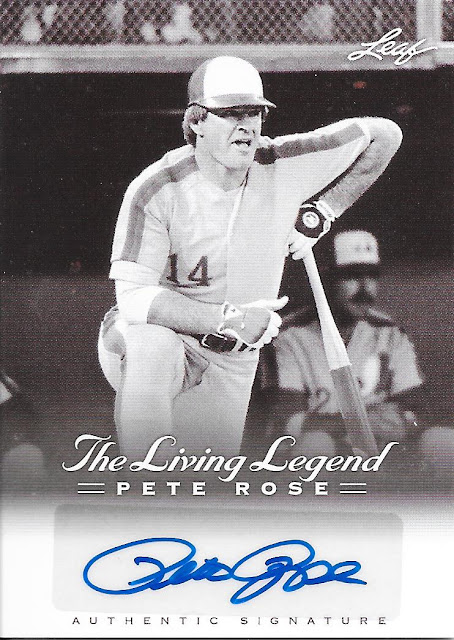 Well, I'll be darned! Pete has a pretty nice signature, and I luck out and get him in his Montreal card which is the one I would want most given the Canada connection there.

While amassing over 3,500 games, he only played 95 with Montreal. I didn't look at the checklist for the autograph cards, but I would assume there is only a couple that may be Montreal related...*takes a look*...maybe 3 of the 45.

As for the base cards...let's open a pack today for a glimpse... 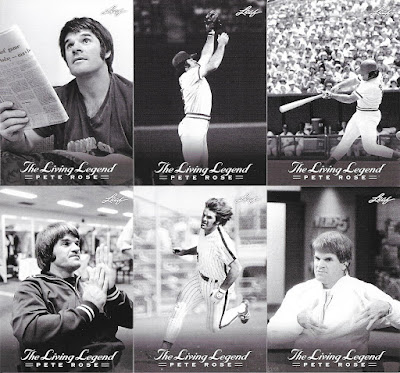 I like the black and white photo look for these cards, probably also makes it easier to get rid of logos and such as needed. 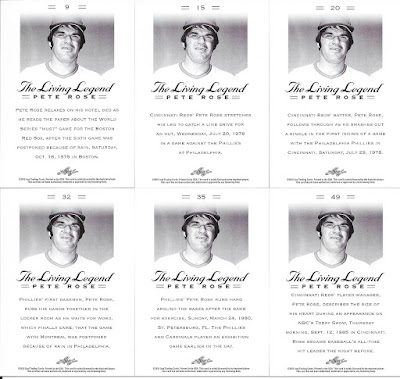 I really don't like the fact the cards use the exact same photo of Pete on each and every one. Also, take a read of the descriptions - for a man who played as long and had as many accomplishments as he did, not sure that running the bases for exercise is the spectacle needed for a 50 card set, but I gather there were some limitations in what material they could use.

At least I hope that is the reason.