Yesterday, we got to see a bunch of Topps cards from Jeff Scott's baseball cards, well, today we see a bunch more but of the Fleer variety - and similar to yesterday, a great number of adds to the slow build base sets... 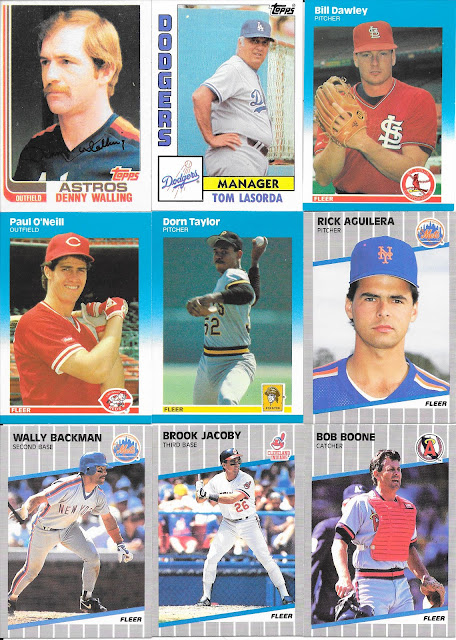 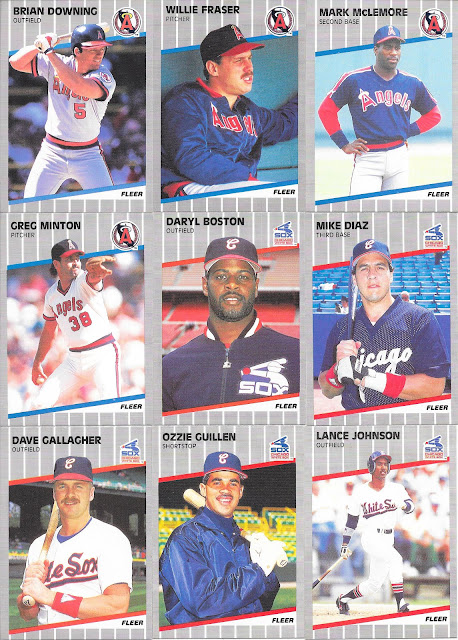 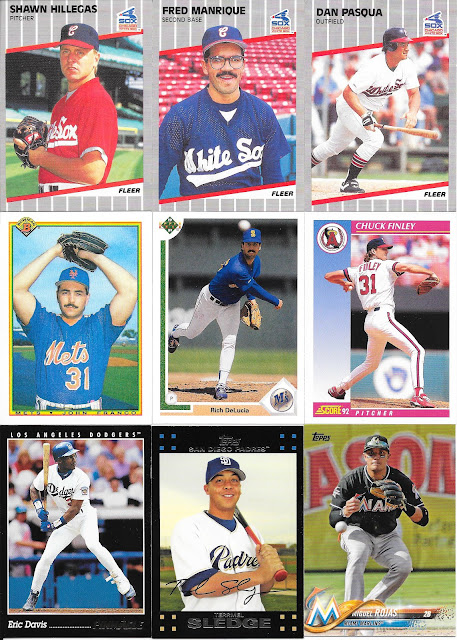 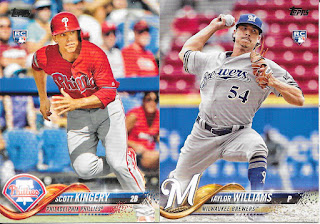 Sure, there were a few Topps cards sneaking in, but a big add to 1989 Fleer (and 1987 Fleer Update too!). Definitely seem to be a bit of team sortinfg with the bunch of Angels and Sox, but that's just fine as new is new!

There were even a few 1989 Fleer cards which were uncorrected error cards, so happy to get those into the error binder,

First, one of the 12 cards from the 1990 Fleer insert set highlighting the 1989 World Series. This really highlighted the bash brothers high point with the A's in 1989 of Canseco and McGwire.

Next up is an insert from 2008 Upper Deck X set which was a shiny and different set, as you can see even in the insert.

Lastly, a blue parallel from Opening Day 2016 of ace Max.

All these great cards, I was also able to assign many of the rest and only have a couple cards that I don't yet have a home for... 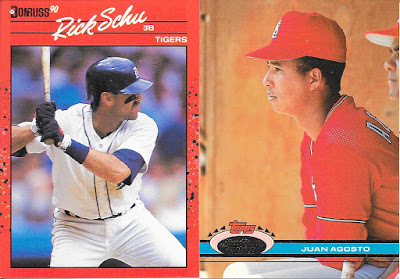 That's it for today!
Posted by CrazieJoe at 8:00 AM