Another day with no Leafs for me - spoiler! Another Pens star though, which seems to be the real theme of these packs.

I spoken before of Evgeni's important role to Crosby. It's not unusual in sport to have that one two punch. Heck Kurri was the similar number two to Wayne Gretzky in Edmonton. It isn't just hockey as Pippen was the number two to Jordan on the Bulls in the 90s (I assume everyone who likes sports in general has taken the time to watch the Netflix Jordan documentary by now). 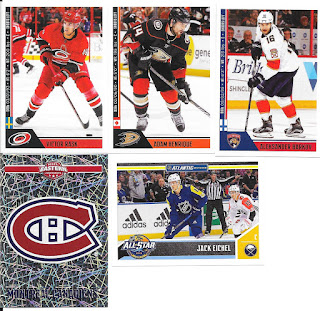 The stickers don't add much, but we leave with... 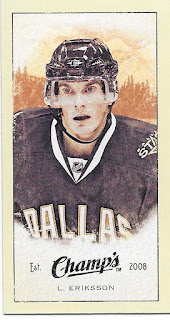 A star of a different kind.

Eriksson was a solid winger for Dallas before heading to Boston for three seasons before then moving on to Vancouver the last few years.

May not be the "Star" I wanted, but ended up being the star I got today!