A PWE From an Independent Place

Happy Independence Day to all the Americans out there reading. How different a world it is this day from a year ago, but a good time to remember all there is to be grateful for and all that Independence Day means.

Instead of a patriotic post, I figure a short post about a PWE I received from one of the great people from that little country below us, would be fitting enough

He was nice enough to let me know, when the cards arrived (and they arrived in perfectly good shape), that the PWE had been opened and inspected on the Canadian side, sealed up with some official looking tape, and got to him just fine.

This is the first time I have heard of any of my sending being opened at all, but I know there is more such activity happening, and hopefully if they inspect, the pull tabs for opening things up, make it easier for them to see that we are just sending along some sports cards, and they go on their merry way like they did here.

The package which came my way, wasn't so inspected... 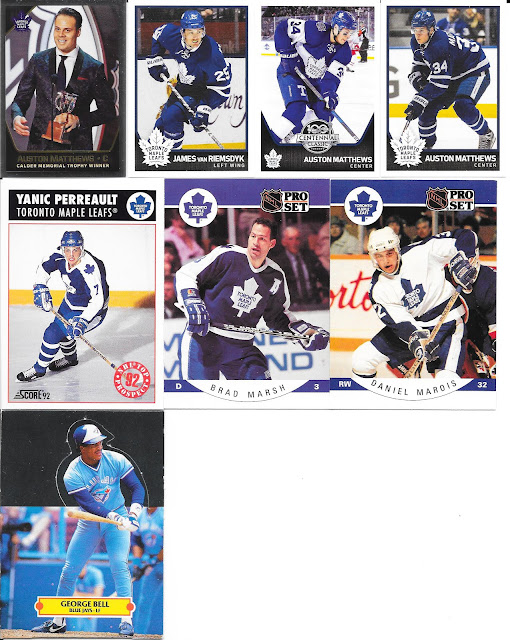 Nice to get not one, not two, but three Auston stickers, but my fave of the bunch is the 1988 Donruss All-Stars Pup Up as it is the one and only from the set that is a Blue Jay, so we can knock off the massive one card team set and add him to the shoe box of Toronto one card team sets.

Thank you to torald, and hope we can trade again in the future.

Now every go off and enjoy some fireworks and what not!
Posted by CrazieJoe at 8:00 AM