Well, thought it would be in the first pack that I'd see one of these, but it took until the third today, we have a red parallel insert. 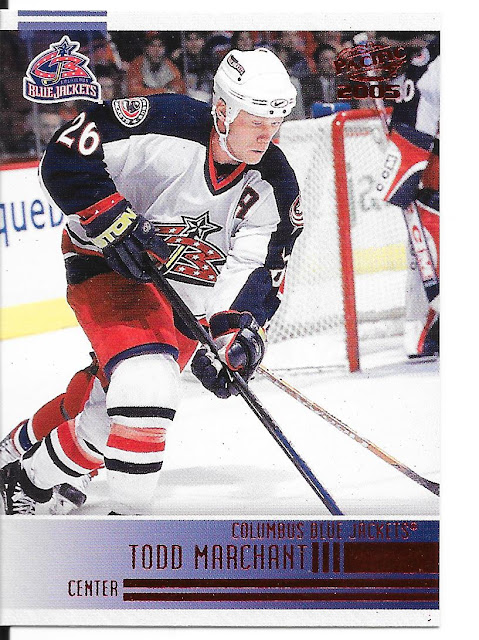 Todd had an NHL career that spanned from 1993-2011, and through it there was a year and a bit stop in Columbus which is what we have here.
I don't mind the relative subtlety of these parallels, and there is also a blue version which I should see a couple of as they are more rare, but expect I will like them a bit more still given the combo it would make with a Maple Leaf card and the nice blue goil. 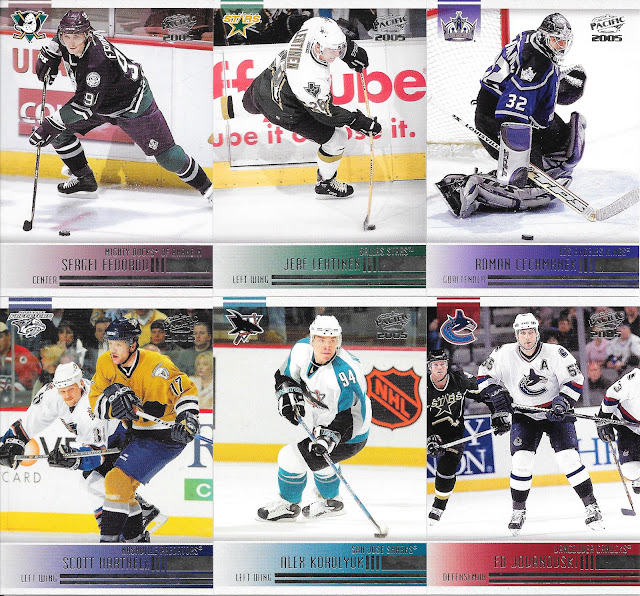 Sergei is the nest of the rest in my opinion, though I do still try to forget the Anaheim stage of his career.
3 Packs, 21 Cards, 117 Points.
Also today, a trade to share. I am a bit behind on sharing some trades so I should spread a few over th next little bit. Today's is with TCDB member wbaker01 who took some Red Wings off my hands. In exchange I got these... 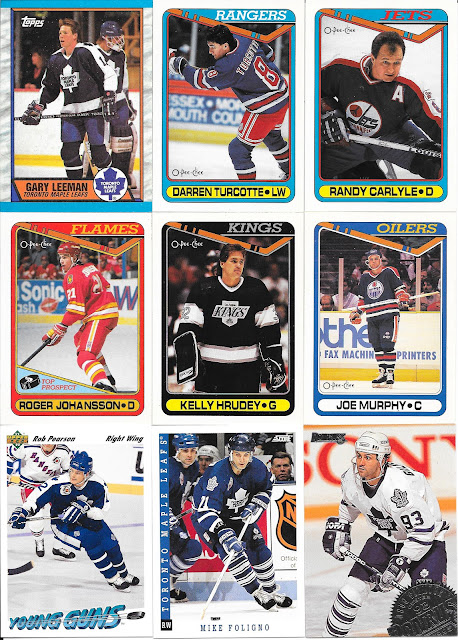 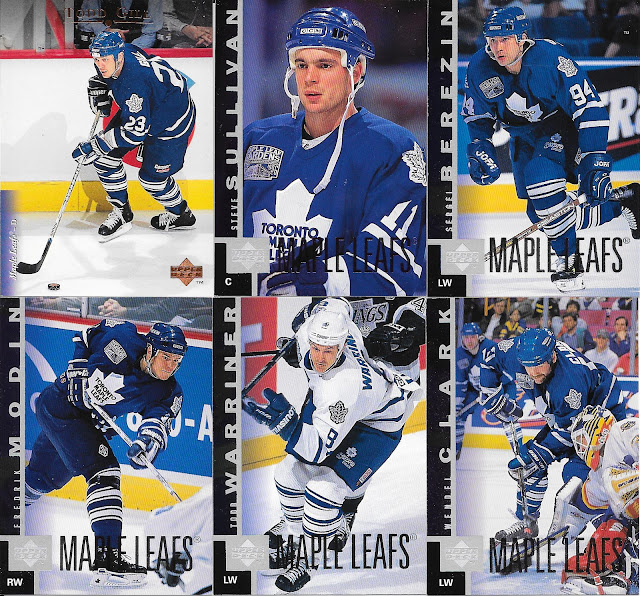 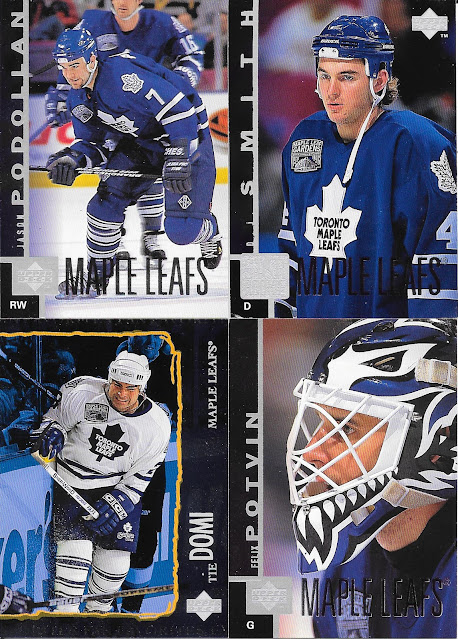 I continue to knock off some 1990-91 O Pee Chee hockey set needs - think I have about 30 or so to go, so getting closer on this one. Most of the rest are Leafs from the 1997-98 Upper Deck base set which I need much of.
I am torn on my favourite of the bunch as I really always loved Potvin's mask, and the last card is a nice view of it, but also, Tie Domi was a player I enjoyed watching (yes, for the tough guy routine, he has 365 PIMs in 1997-98 - for comparison Wayne Gretzky had 323 minutes in 9 seasons in Edmonton).
A much appreciated bunch of cards, and many thanks!
Posted by CrazieJoe at 8:00 AM