No Ron but all burgundy

Some colour schemes just don't work. I have never been a Coyotes uniform fan, and that's true on these inserts as well. 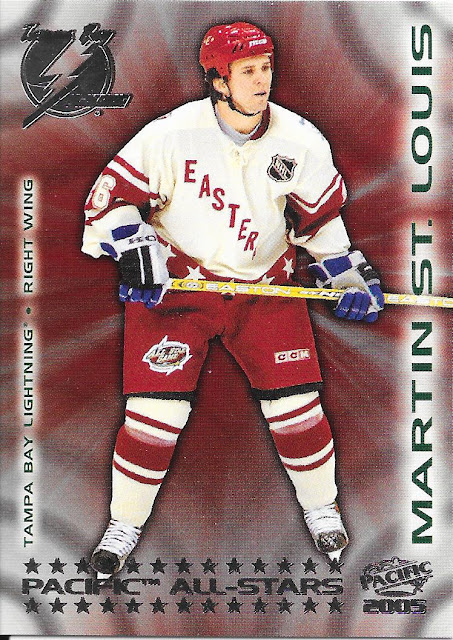 Take the Coyote scheme, slap it on the Eastern All Stars and you get a whole lot of blah. Sure, I could go on about the teal and purple from 1994, but these ones were even less facourable in my opinion.
My preference would be going back to the orange, white and black uniforms from the early 90s. Simple, but bright and they stand out.
Martin here looks like he is a bit quizzical about the uniforms as well. 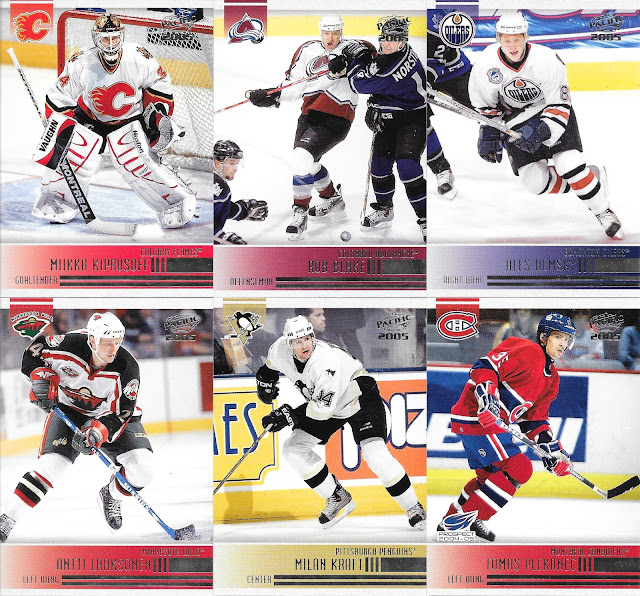 Miikka didn't get the Flames memo about the pack yesterday and shows up a day late, a buck short.
6 Packs, 42 Cards, 199 Points.
Posted by CrazieJoe at 8:00 AM