Sometimes "rinse and repeat" works just fine. Today, we have a similar pack to yesterday, and I have no problem with that. We get another red parallel... 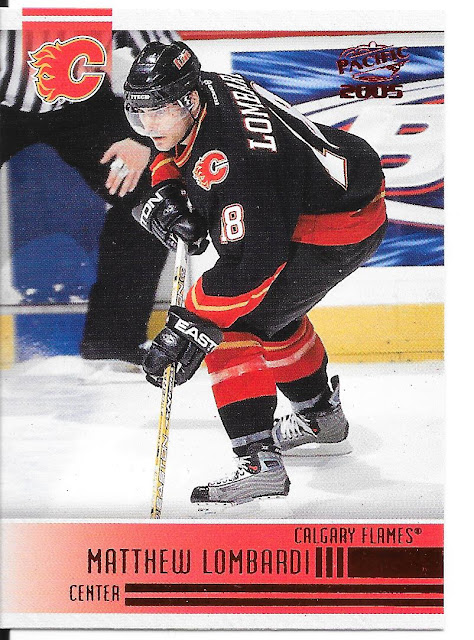 Matthew started his NHL career in Calgary, but I remember him for the season later on in his career which was spent in Toronto. It wasn't the greatest of years, and it was a one and done in Toronto.
As for the rest of the pack, all additions to the base set, no surprise there... 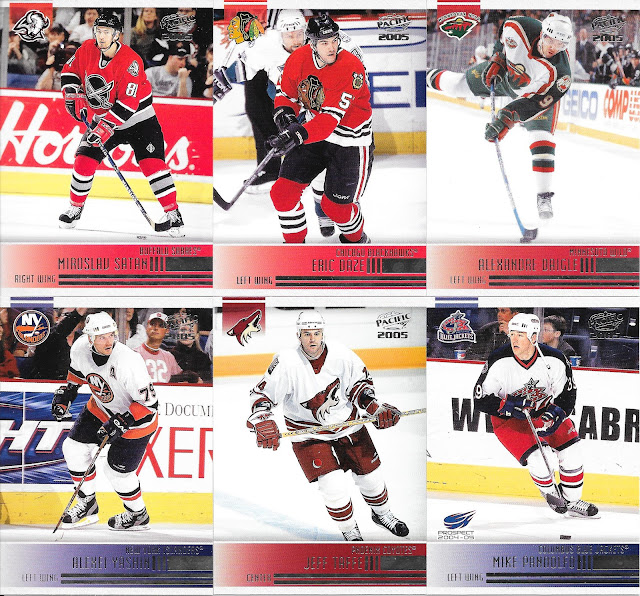 We have another prospect in Mike Pandolfo who...played 3 games for Columbus in 2003-04 and never made it back to the NHL again after that. Not the greatest pick then by Pacific for a Top Prospect, but they can't all be Hall of Famers.
4 Packs, 28 Cards, 138 Points.
We end actually with sharing another PWE from TCDB member galemann who was able to provide a few Leafs and some set help.

Any time you can knock a Wayne Gretzky card off the want list for a hockey set, that's a good thing, even if we are just talking 1990-91 O Pee Chee. Also from O Pee Chee (though Premier), a couple more base cards which bring that need list down to about 10 cards. 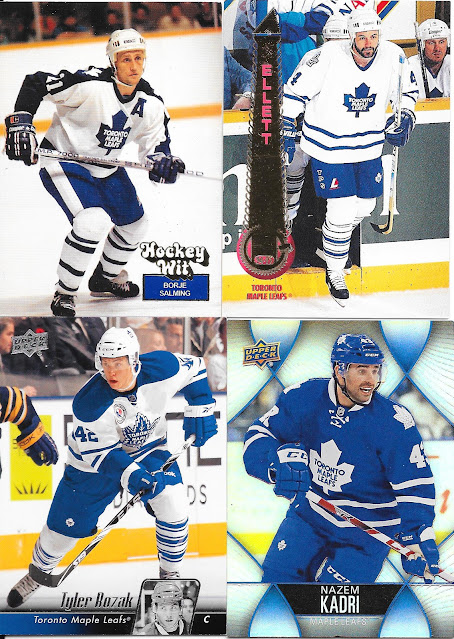 A nice variety in only four cards. Love the Timmies set though so Kadri is my fave of the bunch!
Thanks for the quick trade galemann!
Posted by CrazieJoe at 8:00 AM