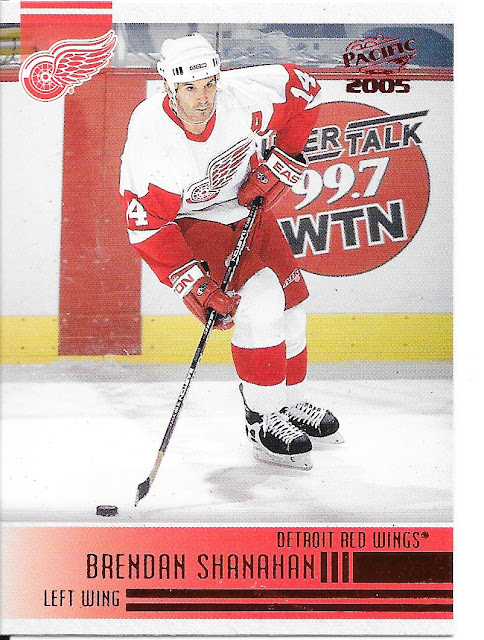 Doesn't go together any better than that does it? Like I have been saying about the blue foil parallel set for the Leafs, these would look great for any Detroit collector. Heck, even the board add is getting in on the scheme of things....and where is my radio...
Brendan is a sold player too, you know, if you enjoy a long careered, hard nose, solid offensive player. 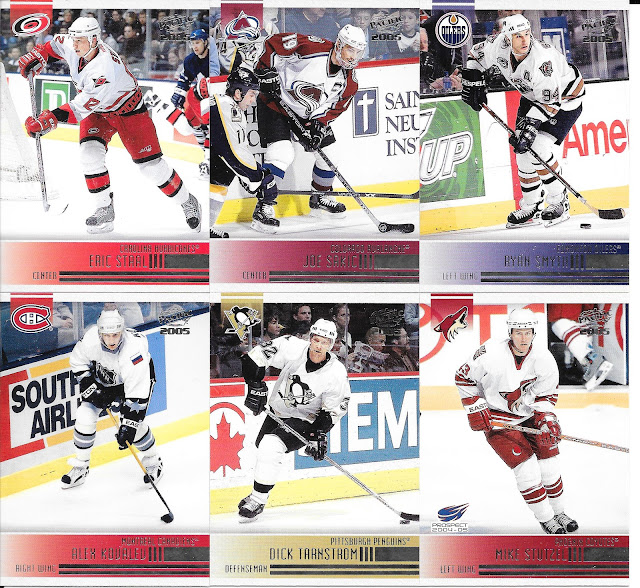 We get Joe Sakic here who played near the same period as Brendan, and may not have been as tough nosed, but was a more finessed player who had more play making ability as shown with his edge on assists over Shanahan.
Overall, another good solid pack as I get close to half way on the set, and are now on the back half of this box.
21 Packs, 147 Cards, 926 Points.
Another good day to end a post with a TCDb PWE recap!
Another new trade partner - ariccio - needed some cards, all Montreal Canadiens - not sure why he would want such things, but happy to get rid of them and since he didn't have much on my want list, I happily added additional Jays dupes since those are much better to have than Canadiens! 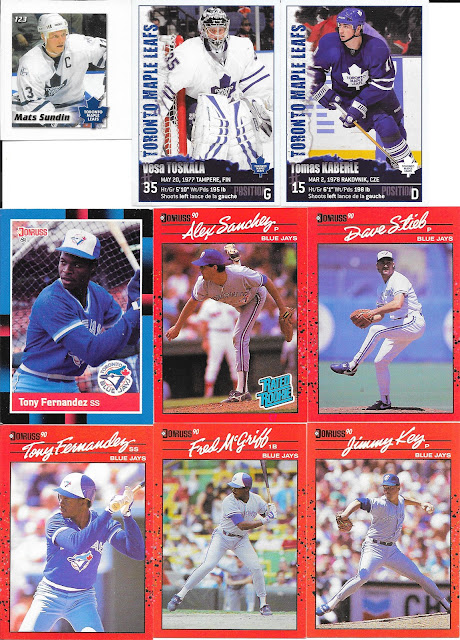 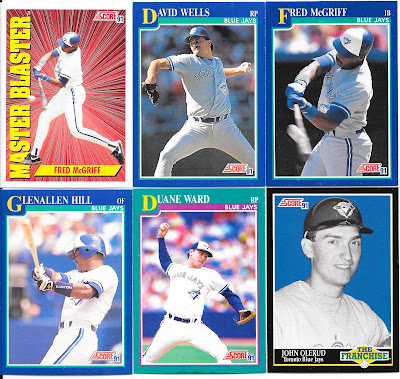 The Leafs stickers are new, and I am not a fan of the overly small size on the Sundin, but at least it is bigger than a micro card. The rest of the Jays, from oft seen sets from the energetically produced era of the early 90s.
The rest of the cards, helped make a dent in one of my back burner sets... 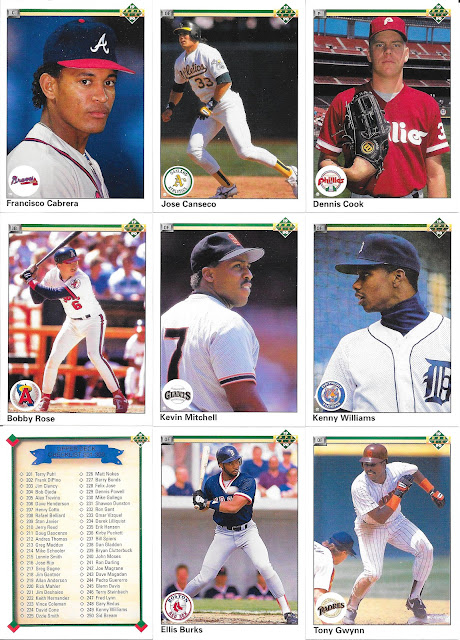 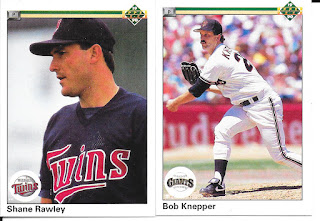 Still a good ways to go on 1990 Upper Deck, but now I am at least 10 cards closer!
Tony Gwynn, who was always cool and ahead of the curve looks like his move is something along the lines of having just finished dabbing....yeah dance moves relevant to 9 year olds are something I know about now...
Never noticed how much close up sideways looking there was in this set, heck Rawley and Williams look almost identical.
Posted by CrazieJoe at 8:00 AM