Okay, may not be a stampede of Flames in this pack, but it is strong with Calgary influence... 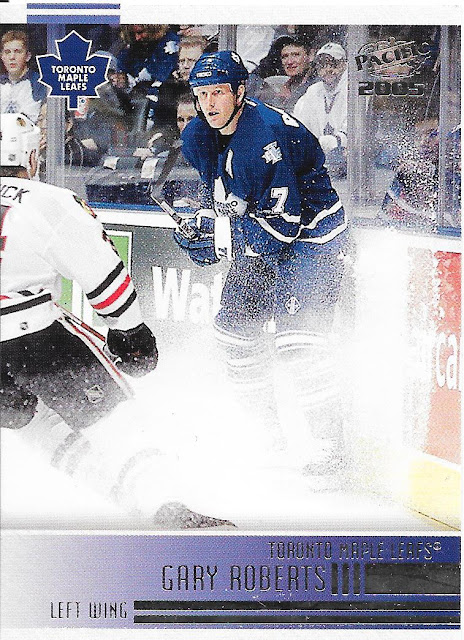 Gary was more well known for his time in a Flames uniform, but did spend a few years in Toronto. He racked up a ton of penalty minutes in Calgary, but by time he was nearing the end of his career in Toronto, still a tough player, wasn't quite the same force. Still, a great long career that is nothing to throw snow at. 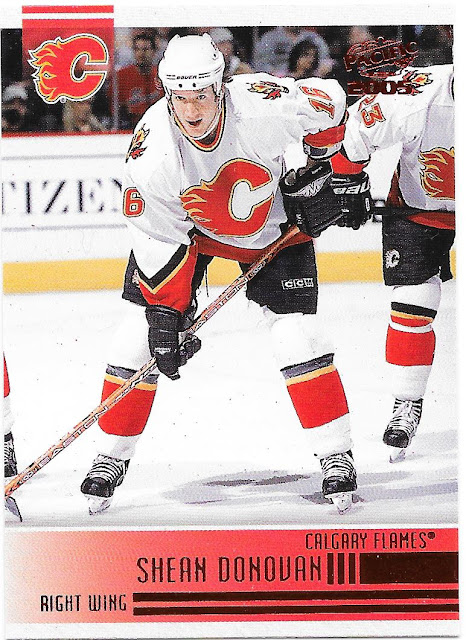 More Calgary with the insert, another red parallel. Shean hopped around to 7 different teams over his career. His Calgary stop lasting a few years. 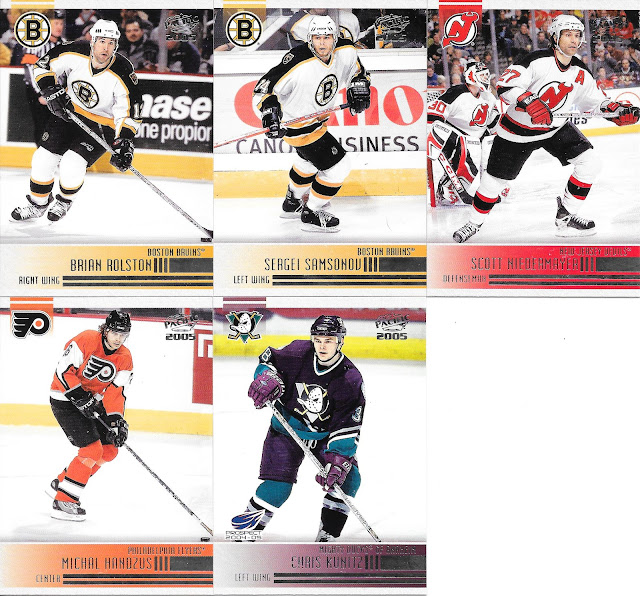 Still seeing all needed cards when it comes to the base which, should hopefully be the standard throughout the box!
Oh, and Sergei Samsonov - I swear they made 10-15 cards for him in every set during this time, he just seemed to be everywhere on hockey cards from this time frame.
5 Packs, 35 Cards, 171 Points.
Let's also do a quick catch up on another TCDB trade, this one with hawkking. I was able to trade away some Chicago Blackhawks in older to get some nice early year Jays... 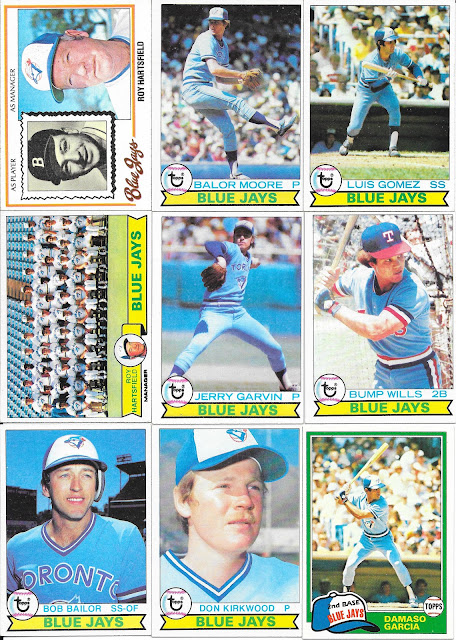 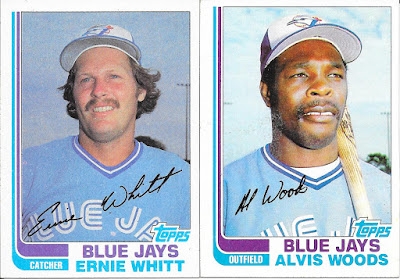 These not only help get me close to completing some early year team sets, but the Damaso 1981 Topps card does finish that one off. That's now my earliest completed Blue Jays team set.
Hawkking also sent along a couple Bruins cards in the trade as a few Hawks I traded were Jeff Scott's so I added those to the little pile I have. Hopefully it'll get to Jeff later this summer.
Posted by CrazieJoe at 8:00 AM