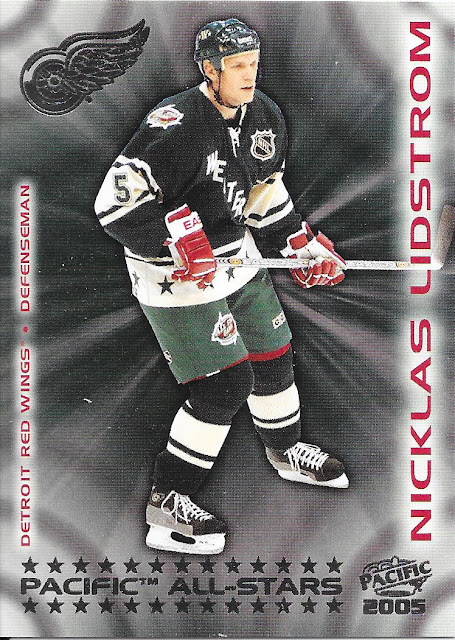 One of the poster boys for spending their career in one place - just doesn't happen enough these days.  Even with the all star caliber players, there tends to be a point in time when the relationship with a team and a city stretches too thin, and the player either doesn't want to hang it up, or the team just feels the need to move on without them.
I am hoping Crosby gets to have a career like this, all in one place. Too bad it didn't happen for Gretzky, but overall, that may have ended up best for hockey... 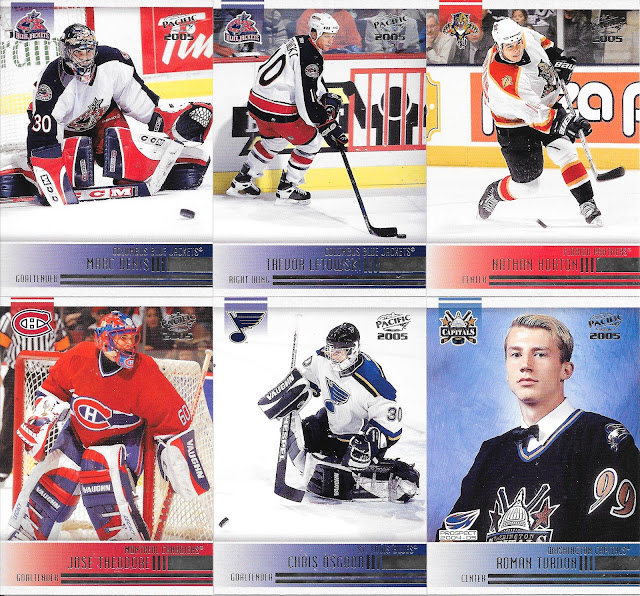 A goalie hot pack today, but let's take a look at the prospect...the card shows 9 games in 2002-03 and let's look online....yeah, that was it. Unfortunate, but par for the course as these things usually go.
22 Packs, 154 Cards, 954 Points.
Lastly, let's look at the Jays that Steven from baseballcardstore.ca was nice enough to include with the cards I bought that he sent my way - though even if he didn't would still be recommending the site - ten cents a card, check it out. 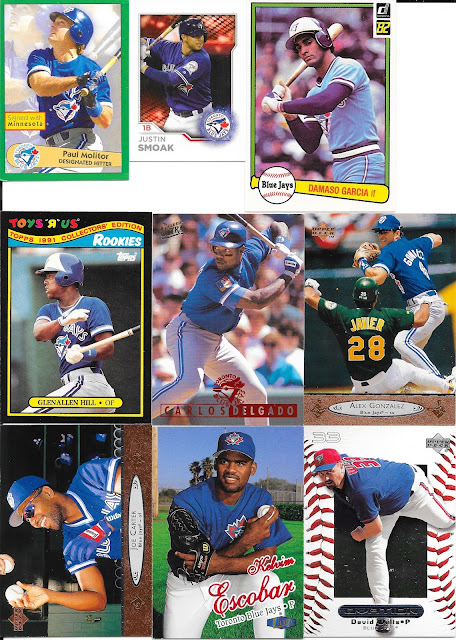 A last Molitor Jays sticker from 1996 to startand a great Torys R Us Collector's Edition Rookies set Glenallen Hill highlight the start of the Jays.
The Ovation David Wells is a first Jay from that set, and it's neatly done so that the stitches of the baseball design are raised so give it an extra dimension - literally and figuratively. 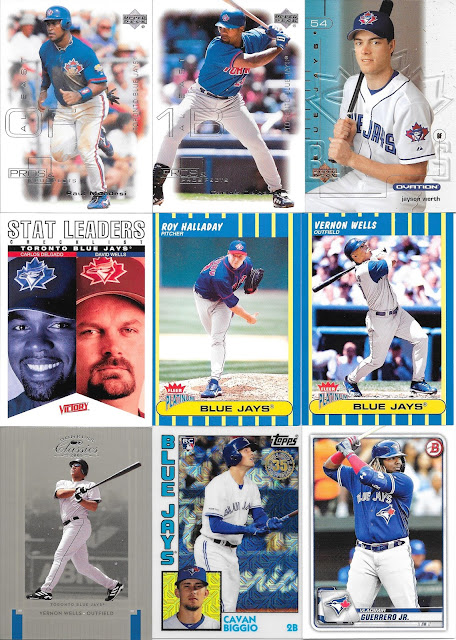 We go quickly through the early 2000s and have a great last row here with 2006 Donruss Classics (a set that may not usually work for me, but that I really really like. Then you have a retro Cavan and a Vladdy Bowman - wow!

Speaking of Vladdy, we get a second with a variation Donruss base photo card which looks much better than the "regular" base card.
We also get two 2020 Topps base cards with more Cavan. Cavan, Bo and Vladdy make it a great time to enjoy the jays. No one can predict the future and how long they will all be Jays, or how high their stars with rise, but getting to see them early in their careers, together, is great. 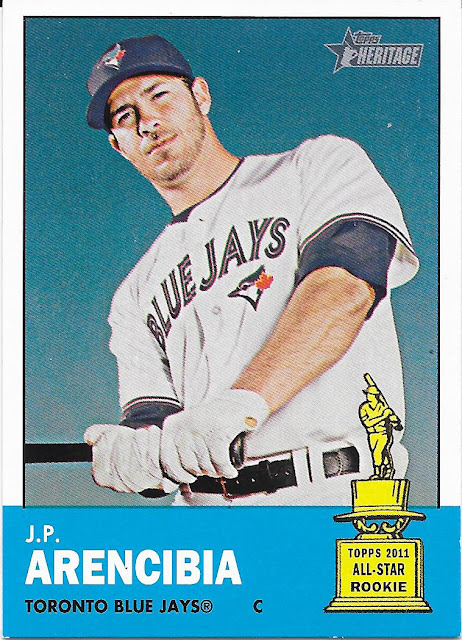 Last up, and with special attention is a 2012 Topps Heritage Arencibia because he doesn't end up in the Jays binder. It's actually a error card because the back interestingly enough shows a single RBI because that column of stats is just all wrong. I don't know why these things are necessarily so interesting to me, but they do, so to the error binder he goes!
ANother great thank you to baseballcardstore.ca - will be checking in there again in the future!
Posted by CrazieJoe at 8:00 AM