First, we are finally a couple days into the baseball season. No matter what happens here out, I am glad that they were able to cobble together to put on a season because frankly, if money was a bigger obstacle and had this baseball season not happen - most every fan would be ticked off at the billionaire owners and millionaire players.
Let's be happily positive though - we get an interesting sprint which (hopefully) will not be repeated again next year, or any time soon.
Well, after the nice pull yesterday, today's pack continues with the good pulls, well maybe not quite as good, but still solid. 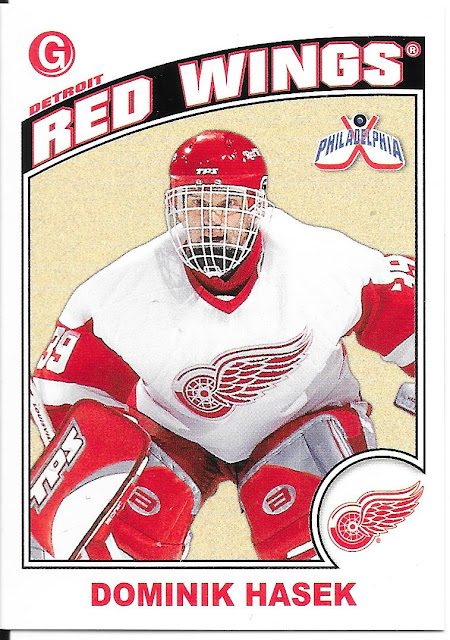 Another Philadelphia card which makes 3, and at every 10 packs, may be lucky and see another one or maybe even two if I am really lucky, out of this box.
As for this specific card - I mean, it's the dominator. Even at this point, past his heyday in Buffalo, he was still a fierce goalie. Actually, taking a look back at his stats, it's amazing just how high quality a goalie he was during those days in Buffalo, that afterwards, he was still great, but seemed almost like a normal All_Star goalie. 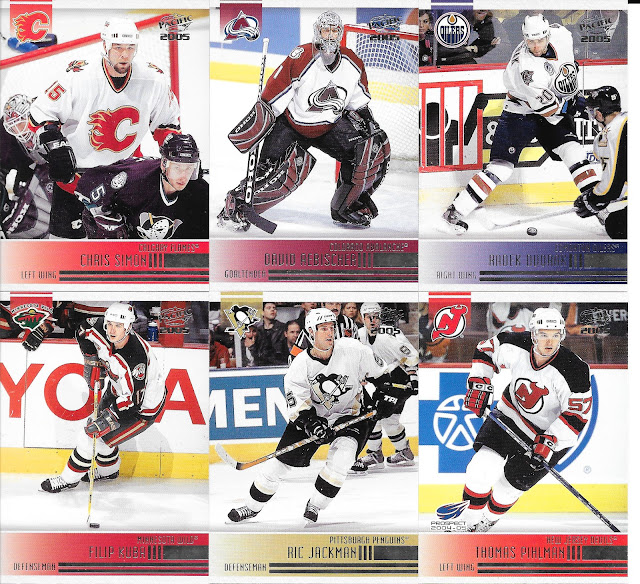 Thankfully back to getting a full pack of needed base cards here, including another of the Top Prospects cards.
Pihlman was able to scratch through for a handful of games over each of the next couple seasons with the Devils, but otherwise spent a decade thereafter in leagues in Europe.
19 Packs, 133 Cards, 856 Points.
Since we are speaking of dominating, why not a website that has been dominating, or at least been making the rounds in the hobby blogs - www.baseballcardsotre.ca. Though we have been sending cards back and forth for a while, I went in and placed an order just to be able to comment on the experience.
Going in with a broad aim (some Bruins, some wrestling and some hockey McD), it was fairly easy to navigate through the searching for these. I am not going to show the Bruins as those are going to someone else and I don't want to spoil them, but will go through the wrestling today and hockey maybe a few days from now...these things take time! 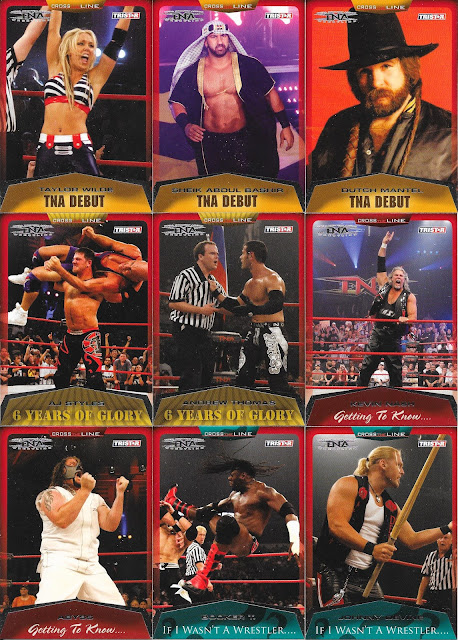 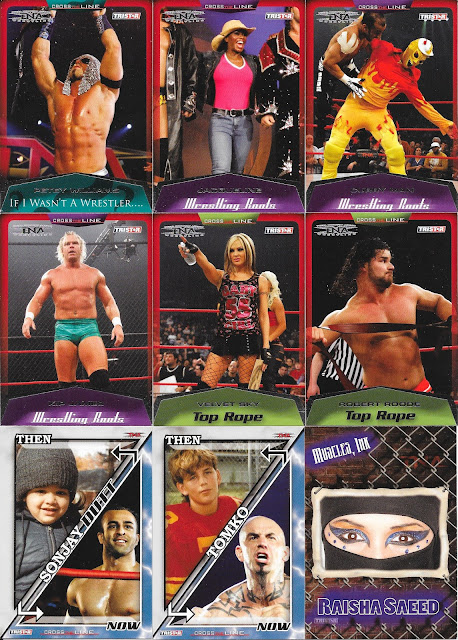 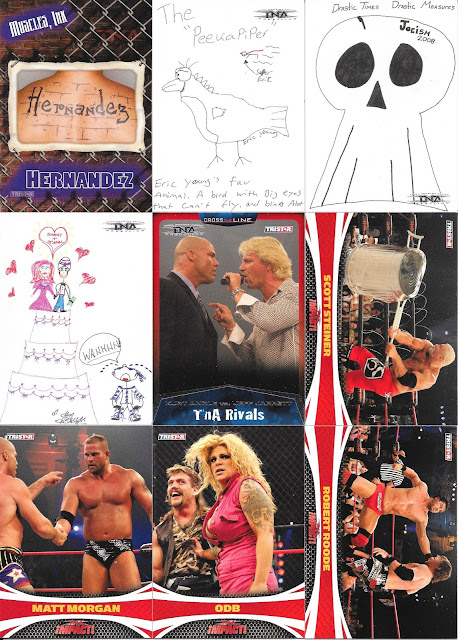 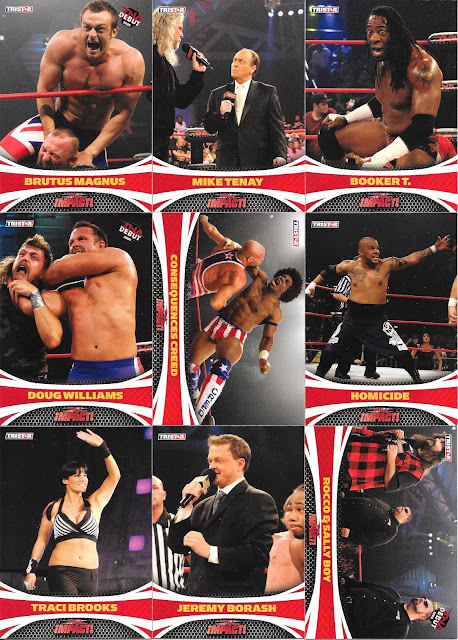 I pulled a bunch of 2008 and 2009 TNA cards because they were available, they were ones I had a start to as far as these sets go, and they were on the older end of what cards were available.
I think those artwork cards by wrestlers are a bit off the wall, but man - I find Eric Young's absolutely hilarious. 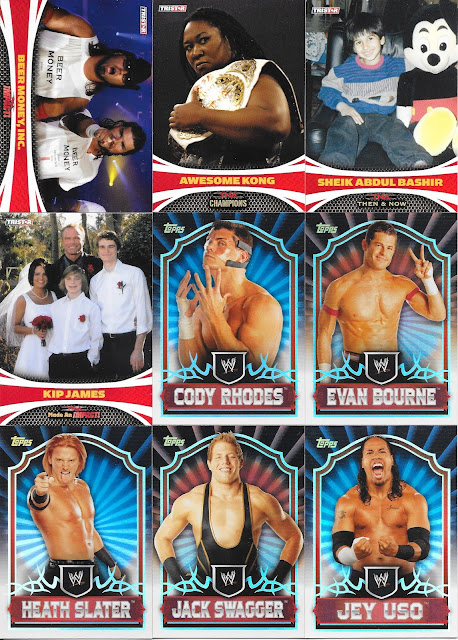 2011 WWE Classics is a nice looking roster set, which I don't mind at all. They may be "plain" in just being a pic of the wrestler, but having a set like this each year for a good span let's you see how the roster, and each wrestler, evolves. 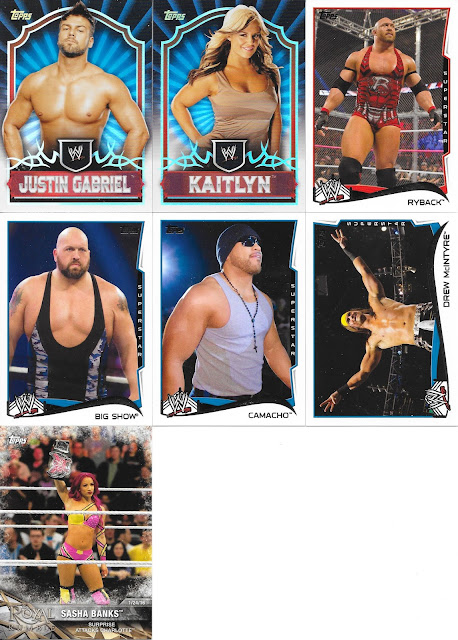 At 10 cents a piece, these cards are absolutely fantastic. That said, there will also a bunch of inserts for that same low price... 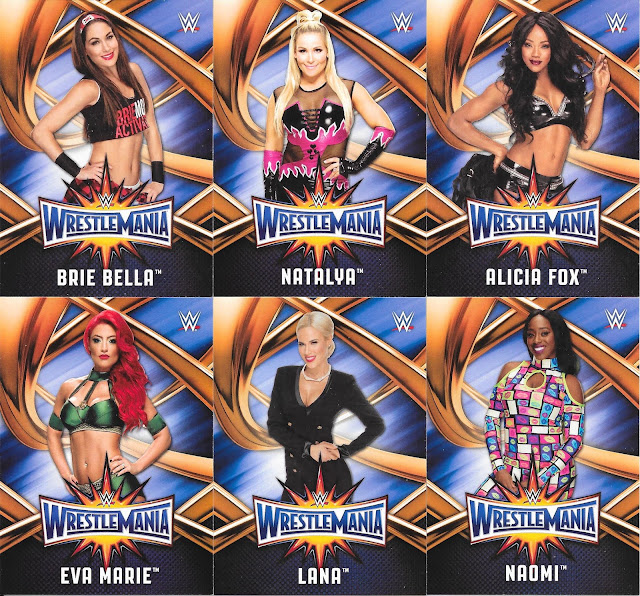 I wish there were more of these available, but again, a nice roster set, here being the Wrestlemania Roster for Wrestlemania 33, including Big Red Everything herself Eva Marie. 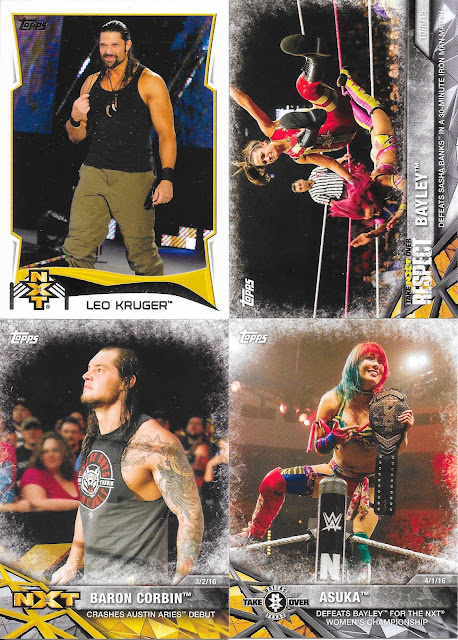 A few last NXT set inserts including a pre-Adam Rose, Leo Kruger. Feel a bit bad for him as that Adam Rose character really seemed to pigeon hole him into a spot he couldn't get out of. Heck, he got a bunny over more than he got himself over....
A great bunch of wrestling adds, and as I say, I'll go through the Leaf adds in a couple days give or take.
Do check out the site if you are looking for any cards - sports or non-sport, you may just find some cool stuff and a price that can't be beat.
Posted by CrazieJoe at 8:00 AM