I mentioned that I liked the backs from these cards, so I figure, why not scan a pack of backs to show off exactly why I like them. 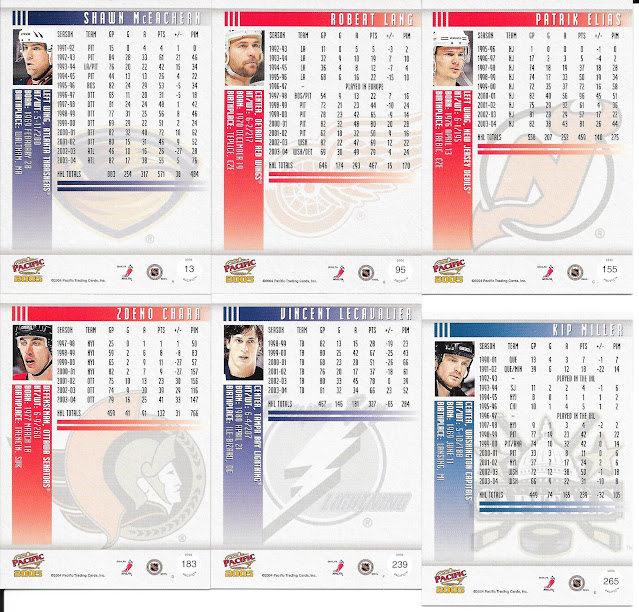 A simple small face photo, a decent bio line down the side, and a whole lot of yearly stats as applicable.
As I say, a bit of a shame that there is so much wasted space when only a few years of stats, but looks really nice when there are many years like with Kip Miller. 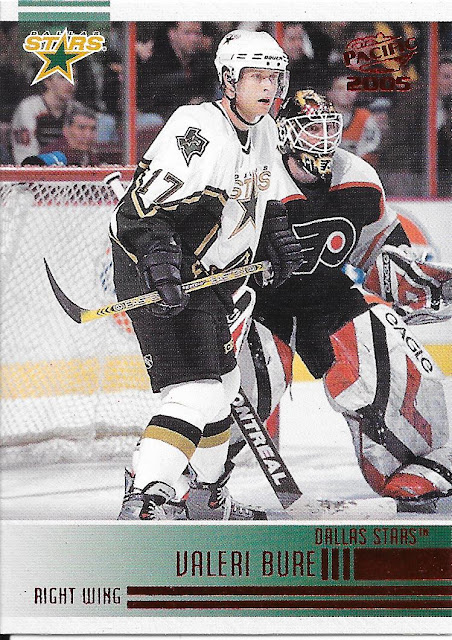 Speaking of decent careers and longer stats, Valeri fits the bill. Since it is the red parallel, scanned the front as it is different, whereas the back is the same as the base set itself. He may not have quite had the splash of Pavel, but definitely a solid career.
8 Packs, 56 Cards, 241 Points.
Yet another trade to share here from TCDB - this one with thirstydeer - a first time trade partner and someone who is actually a drive away in normal circumstances, but we used the mail as travels were more difficult with schedules. 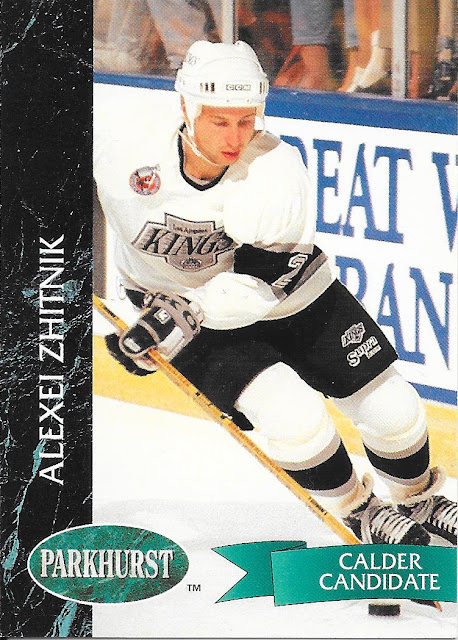 First out of the PWE is a single set helper - another slow set build with 19992-93 Parkhurst.

Two needed Leaf duplicates as they were uncorrected error cards, so I can have a copy in each the team collection and error collection. 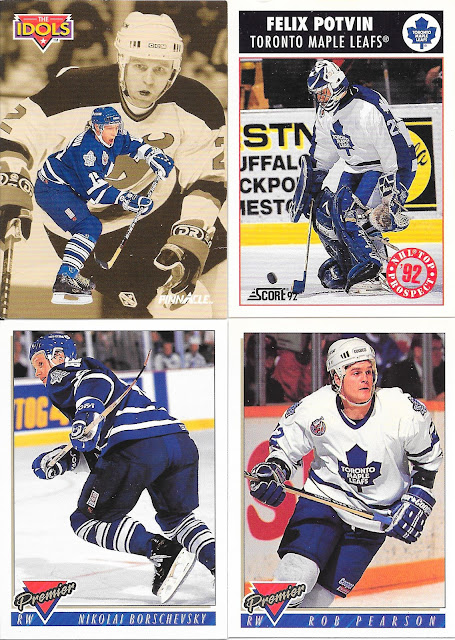 Some other general Leafs that are new for my collection. Broschevsky being best remembered by myself as a 71 rating player in NHL '94 though he never played that highly to me. Still was much better than Baumgartner. 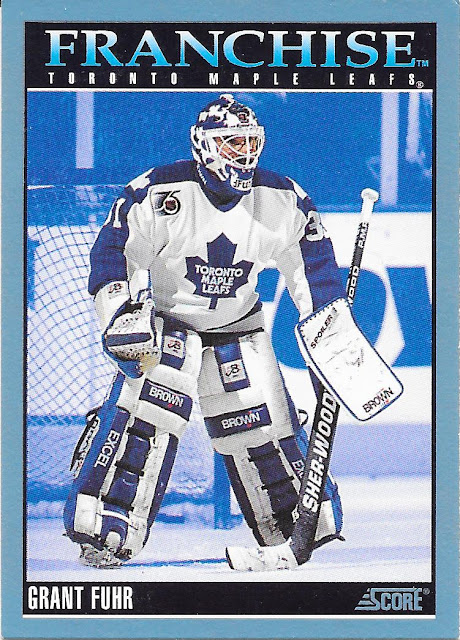 The final card in the PWE is the best as it completes the 24 card team set for 1992-93 Score Canadian edition for me, and a great card to end it with!
Posted by CrazieJoe at 8:00 AM