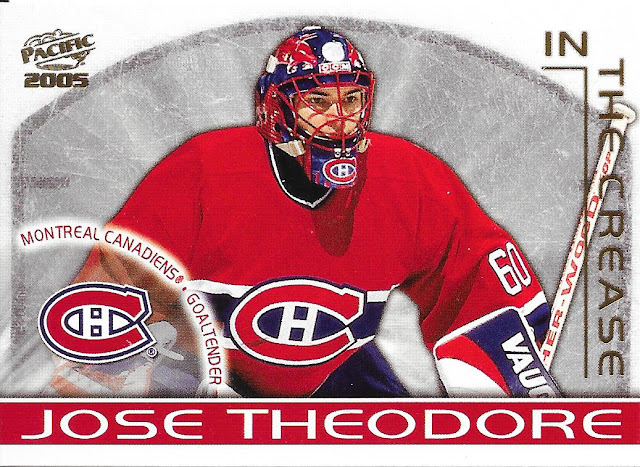 Well, I didn't say it was a good representing (zing to you Montreal fans). I kid, Theodore was fine as a goalie, just as this card is fine as an insert. It really should have been a die cut with the crease used. Would have made it 10 times better which would go with the one in every 19 pack odds. 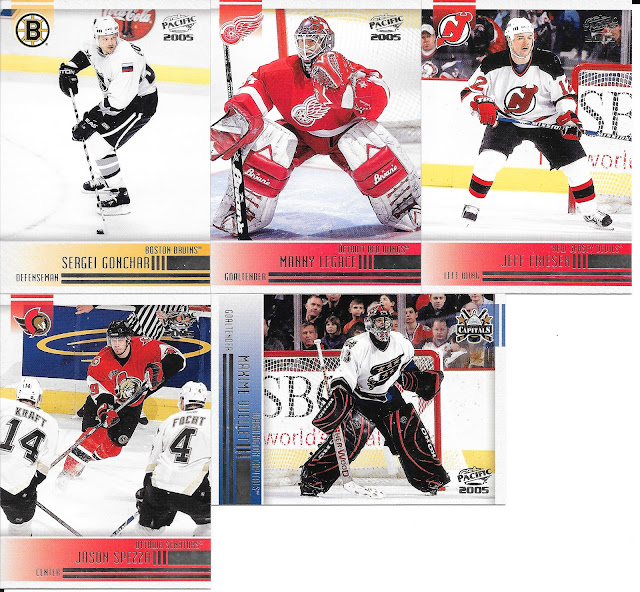 There haven't been too many horizontally posed cards, which I a more than fine with, and when they have been used, the photo used has been solid, but the design doesn't really work to me. 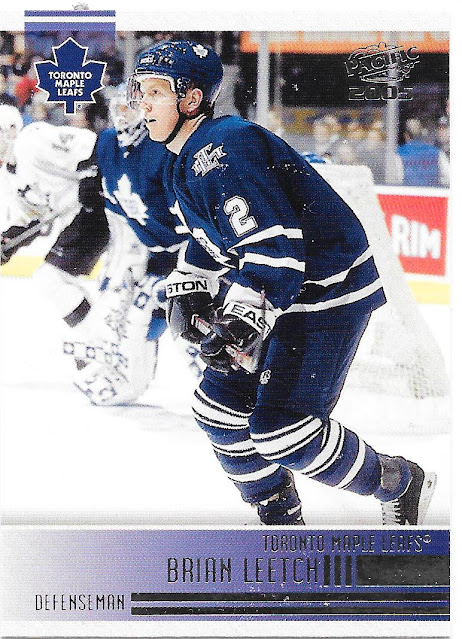 A great way to end though with the second Leetch out of the box, the first being one of the Philadelphia inserts early one, but here we get the nice full stats on the back...which I didn't scan, so use your imagination. :)
20 Packs, 140 Cards, 905 Points.
Why wait any long...let's get to the Leafs and hockey portion of the baseballcardstore.ca order - including a nice extra that was included... 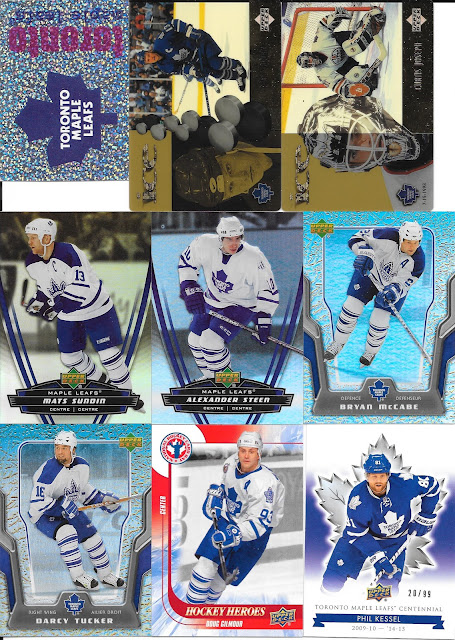 I picked up the extra McD cards since I am slowly working on (or have completed) the related sets. The 2017 Centennial SN card was the awesome extra provided as it's a set Steven knows I really love and he continues to help with me collecting more and more of it. 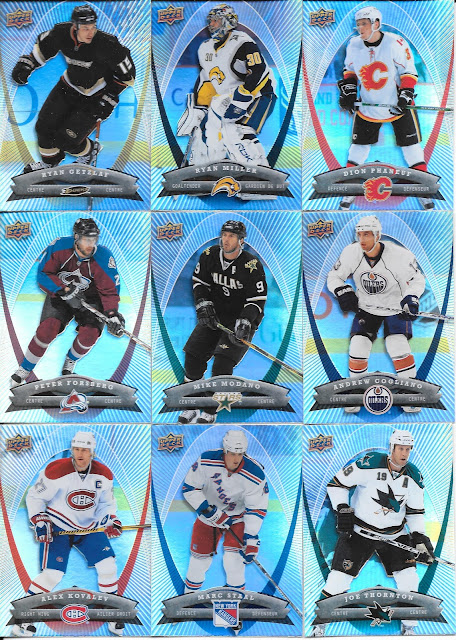 2008-09 Upper Deck McDonald's is a pretty little set that scans beautifully. I still have a ways to go on this one, but now I am 9 closer! 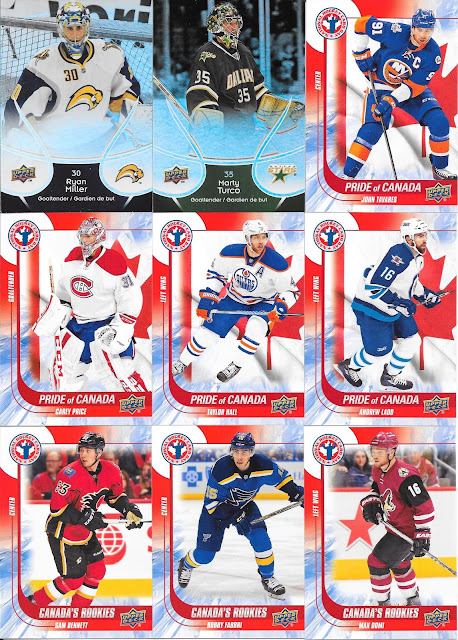 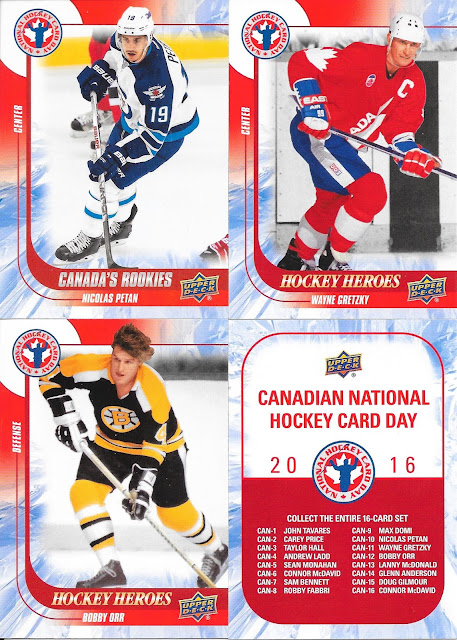 As you can see, I also figured I would pick up my first, and 2/3rds of the 2016 National Hockey Card Day Canada set. Of course the McDavid cards were not there and a couple others, but I gout Douggie, Wayne, Bobby and some of their friends. It's a really nice design for the cards too.
Now this covers all of the cards that I actually ordered, but I have another post to do as there were some additional cards included to ensure I had some Blue Jays content as well. Stay tuned!
Posted by CrazieJoe at 8:00 AM