Another pack of 2004-05 Pacific today, I know, shocking, but we get a couple good Toronto connected cards today including... 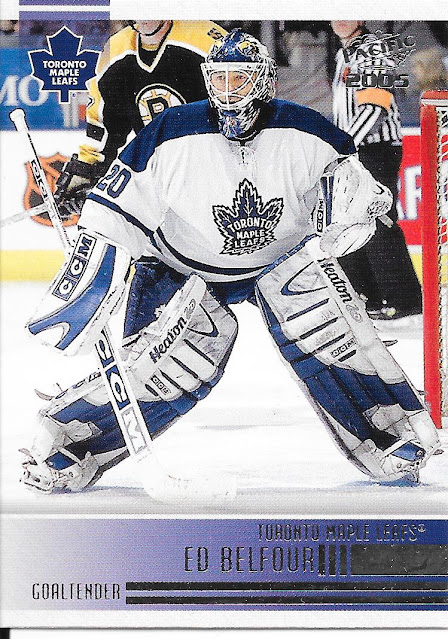 A great Eagle card with a full front full photo.Eddie won me over as a far of his.Early in watching the Leafs I wasn't a fan with him on Chicago, mostly because he was so good and caused the Leafs problems. Never could deny his ability, and the fact he then became a Leaf for a while solidified how good a goalie he was as I got to watch him play that much more than I otherwise would have. 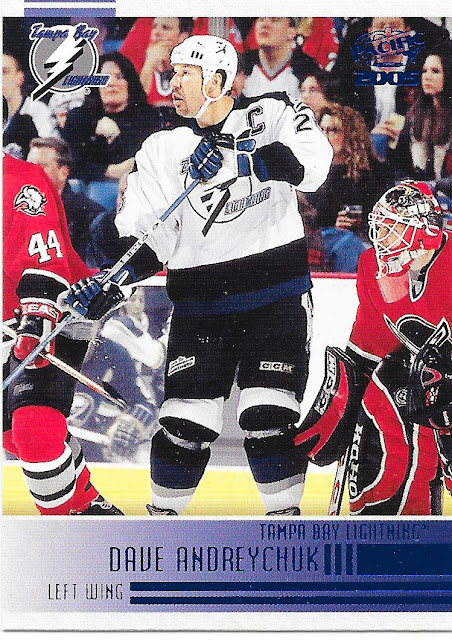 Here is another Toronto connection, post his time in the city. The blue parallel with the lightning isn't too shabby either. I remember him well from his time with the Leafs that I find it hard to believe he was really onlt on the team for 2 full seasons and a part season before and after, all in the early 90s. 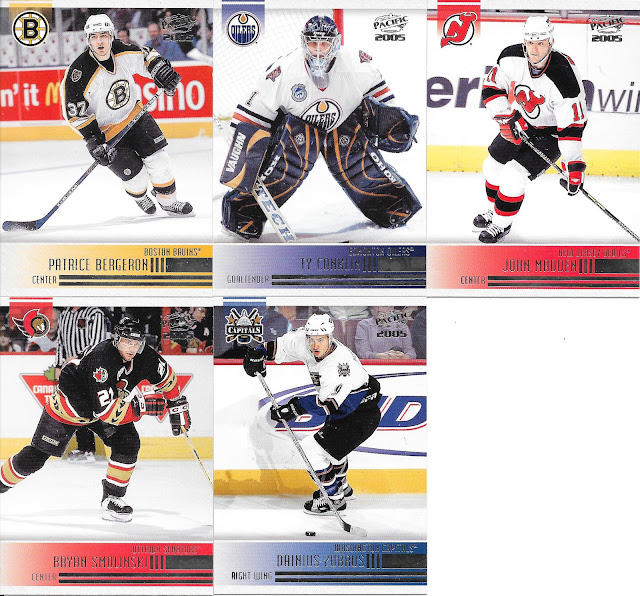 We end with all the new base cards for the set/collection and another solid pack in the books.
11 Packs, 77 Cards, 337 Points.
Posted by CrazieJoe at 8:00 AM