Another day, another nice 2001-02 Upper Deck Victory Gold parallel card to talk about! 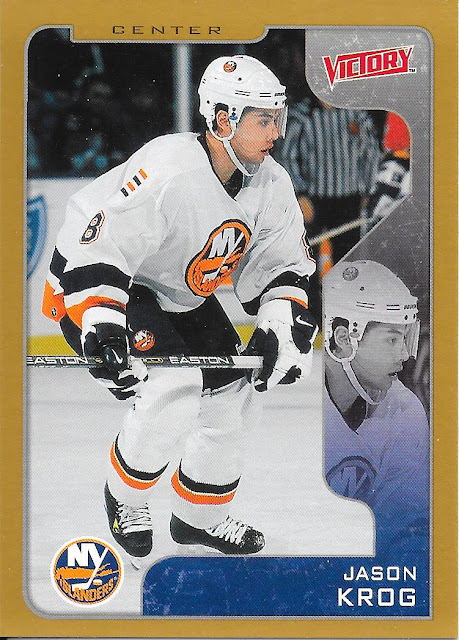 Though his NHL career lasted 202 games over parts of 7 seasons with 5 teams, Jason fought for all his time and earned it. He finished his career with 5 seasons in Europe/Russia last playing in 2015-16. 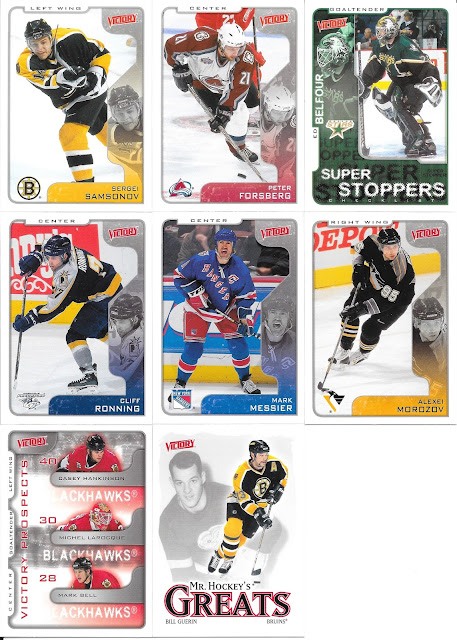 Some great base cards including Messier, Rinning and Forsberg - and Samsonov who seemed to be everywhere hockey card in the 00s. 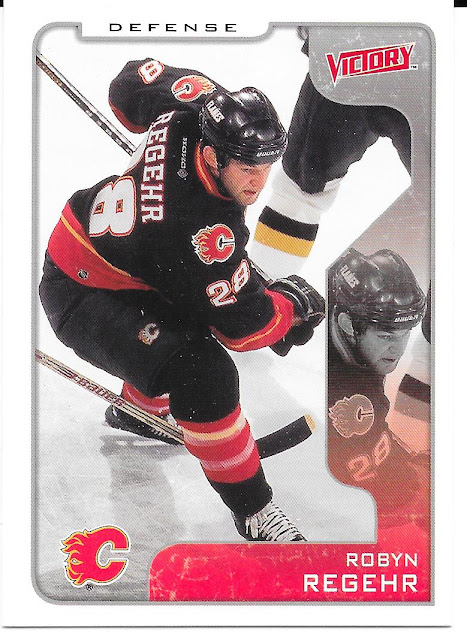