Before the "uh oh", first, the "oh my!".
So, I know I was trying not to buy new cards this year, and it has been much less than prior years, but sometimes, deals are worth breaking the rules for. I finished the transaction for a the lot of cards (funny thing is, the seller is actually literally in a condo building across the main street from my house, so a 1 minute drive away, given the cards he was delivering.
For the $60, I'd guess there are about 20k cards and from that - definitely some cards from all 4 major sports, but a bit unexpected to see some Indy Racing, Ninja Turtle, Simpsons, Marvel, and even a Legend of Zelda card as well. I expect as a whole the lot is a bit more picked over for specific cards, but still should be lots of stuff I collect like Toronto cards, inserts, parallels, etc, and quick glance while sorting proves this true. Also, not just junk wax, but a lot from 1993 - 2000 as well, so a lot of stuff I haven't seen or don't have.
The big question becomes what to do with it and when to start posting about it. The cards appear to be fairly random still, though there are set "chunks", and I still have some unopened stuff to go through, but I consider this all a good problem to have. I'm going to have to think about this one before getting into the 20k in '20 Lot.
So on to today's cards and today's pack surprised me a bit. When I started with this box, I figured collation was pretty decent by 2001-02, so that there wouldn't be issues of significant dupes within the box itself. 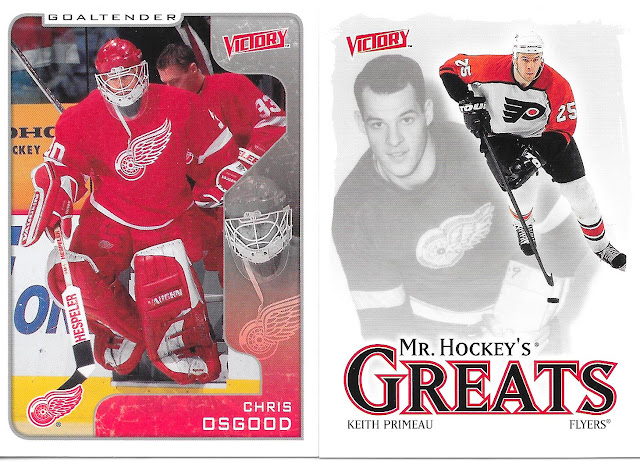 Here we have a couple cards showing up for the first time. The Mr. Hockey cards are one per pack, so thought I would end up with 35 different ones in the 35 packs I am opening, but apparently not so much.
Casts a bit of doubt on just how much of the base set I will actually complete here. Maybe it's just a blip?
One thing that there hasn't been a dupe of yet are these snazzy gold border parallel set cards... 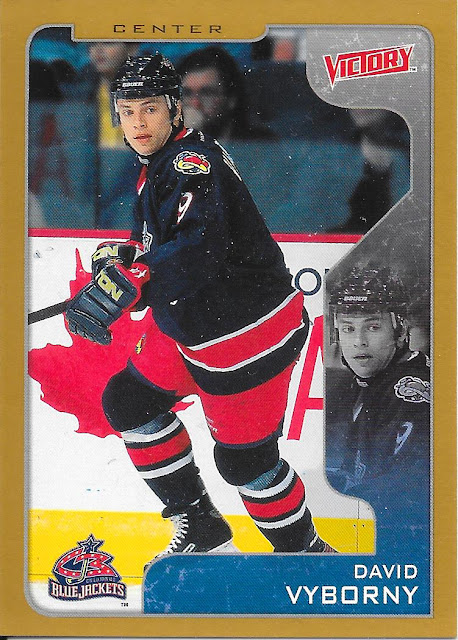 David was a career Blue Jacket as far as his NHL playing days go. He first cracked the NHL with them in 2000-01 and played full seasons through 2007-08. After that, he spent a few season playing for Sparta Praha in the Czech Republic, where he spent time in the lockout year of 2004-05, and a bit before his NHL days as well.
We also of course do have some more new base cards as well to complete the pack. 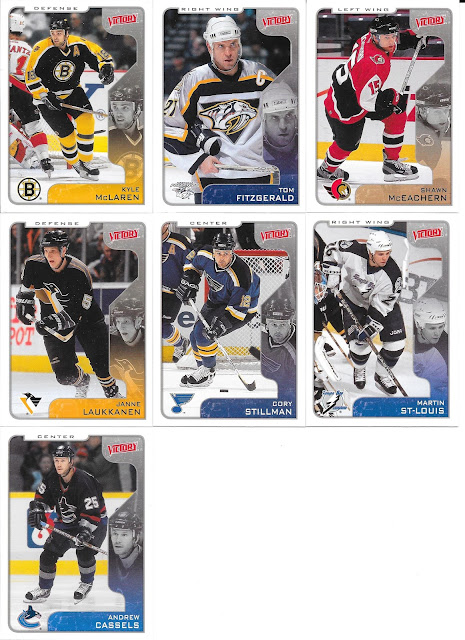 11 Packs, 110 Cards, 399 Points.
I'll end the day with something from Listia - actually a few one off card pick ups on the cheap. Listia went through another change in their currency which I essentially take as admitting the whole cryptocurrency was a waste and a failure, but only time will tell if their new point system is any better (and if people go back as it seems to have dwindled quite a bit from a few years ago). 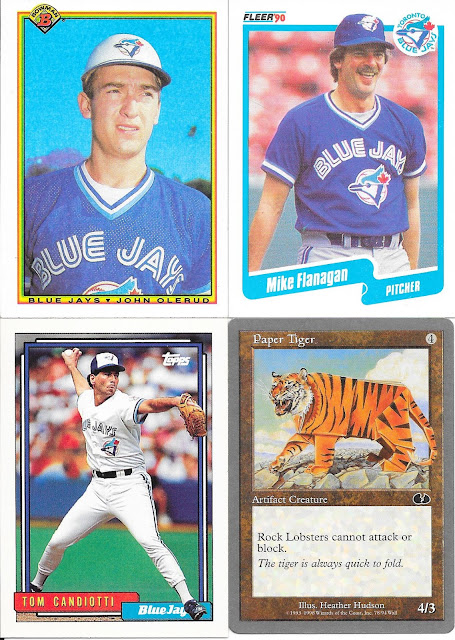 None of the cards are new for the collection, but I am really happy about getting a second Paper Tiget. Sure, I could just buy one for a buck or two, but it's not the same as getting it this way, or by trade. I love the old school artwork, and the humour of it from the Unglued set, not to mention the effect to poor Rock Lobster...ah Rock Lobster, how that reminds me of Family Guy and Peter's singing of it...
That's a good note to end on today.
Posted by CrazieJoe at 8:00 AM