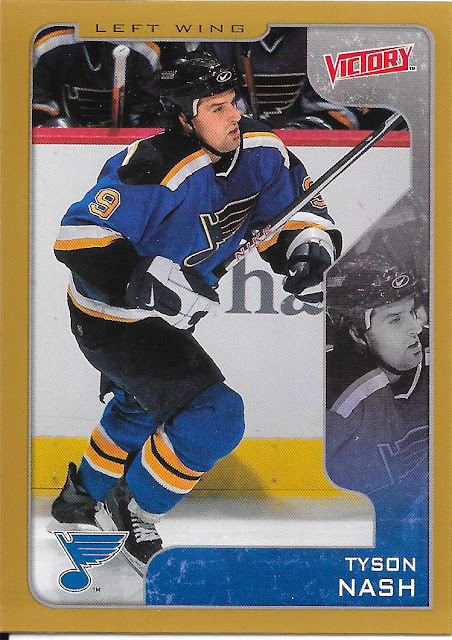 Tyson spent 4 full season with St. Louis and almost 2 with Phoenix. He was very much known as a penalty drawing pest during this time. As it worked out, his time in Phoenix was finished when he was traded to Toronto, and although he suited up for the Marlies, he never did make it to the NHL with the Leafs before calling it a career at the end of 2006-07 which resulted in ending his career like he started, with a Canadian organization that he never suited up for (as he was drafted originally by Vancouver). 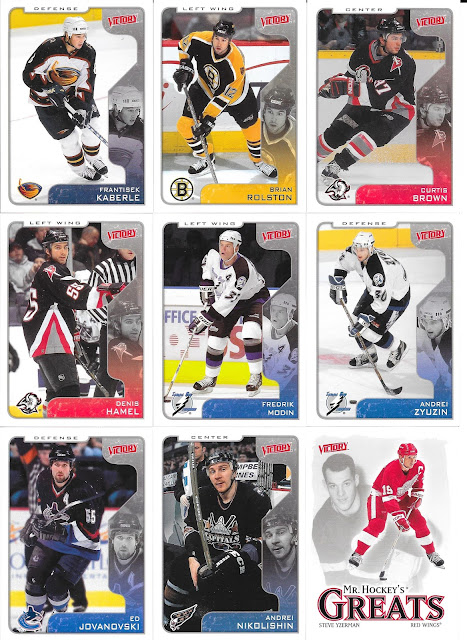 Can never go wrong with a solid Yzerman card!

Here we have the last of the cards from www.baseballcardstore.ca - the last odds and sods of Leaf goodies. 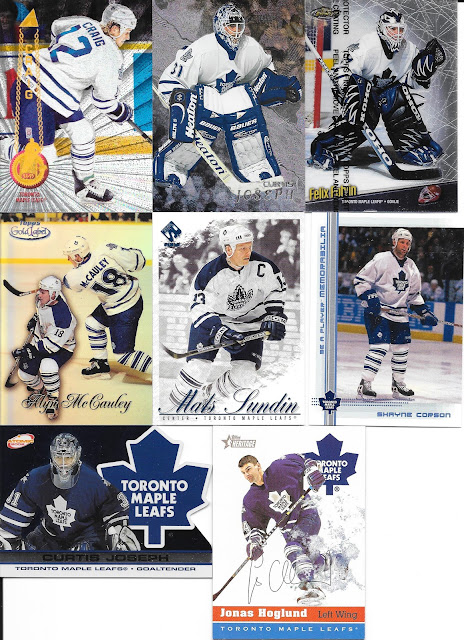 So much blue! The Be A Player Memorabilia Corson is actually the blue parallel and numbered out of 100. The CuJo Atromic card looks very much like the McDonalds die cut set from the same year, though these are more metallic in look than white card stock. The Mats Sundin in the middle is a parallel as well, and Jonas at the end is a Heritage card done right. 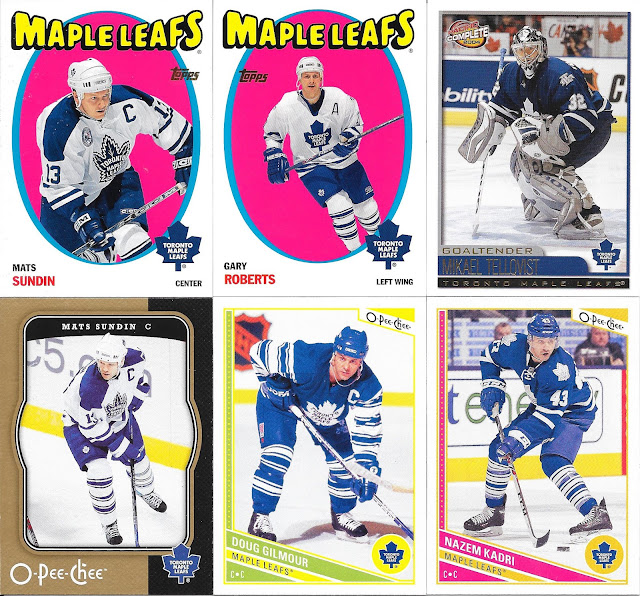 We follow up with some old school looking parallels from Topps with Sundin and Roberts, a Pacific Complete Telqvist, the 2007-08 Mats which is on one of my least favourite O Pee Chee designs with the black and tan...dark tan...yeesh colour border, before a couple 2013-14 O Pee Chee with their much brighter and snazzier border.
Lastly... 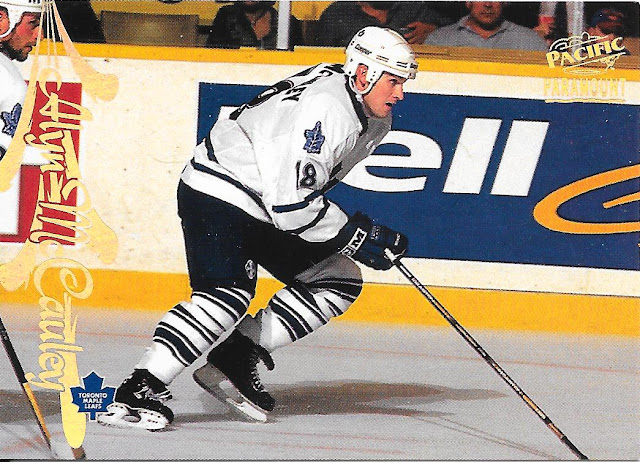 We end with the final card of the 8 Maple Leaf 1997-98 Pacific Paramount base card that I needed to complete that team set - always a nice little "YAY" in getting those team sets done.

With that - another big thank you to Steven for sending these all along, and if you haven't checked out their site - definitely worth doing so, plenty of gems to be found.