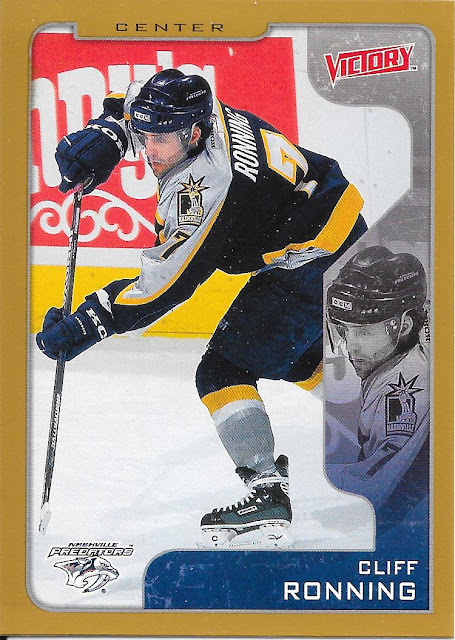 This is the first of the gold parallels I have pulled from this box, though they fall every other pack, so I should see about 18 of them.
Cliff Ronning's first NHL appearances were in the playoffs for the St. Louis Blues in 1985-86, which I honestly don't remember. I remember his next team, his playing with the Canucks from thje 1990-91 season to the end of the 1995-96 season. It was during this stint he mad it as close as he ever did to a Stanley Cup, getting to the final with Vancouver in 1993-94.
After signing with Phoenix for a few years, then Nashville after it, he was around the league until 2003-04 and player in over 1,100 games. Still, always will think of him most fondly with his time in Vancouver (and in NHL '94 for SNES). 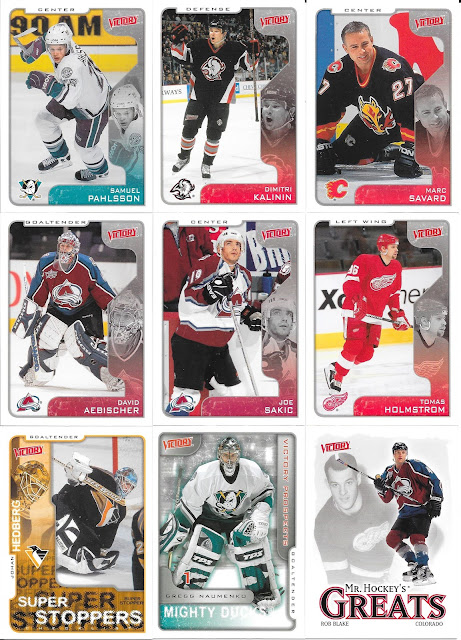 With the rest, no Leafs yet, but nice to pick up the Joe Sakic and Rob Blake cards, and the Super Stoppers cards are a nice subset design as well.
3 Packs, 30 Cards, 93 Points.
Before I end today, I want to touch back on something a couple posts ago. I mentioned getting a couple 1991 Topps Dark Logo variation cards in a trade, and since I hadn't before, I went back through the cards I have to see how many of these variations I have, but didn't realize and didn't pull.
First up, the Jays cards... 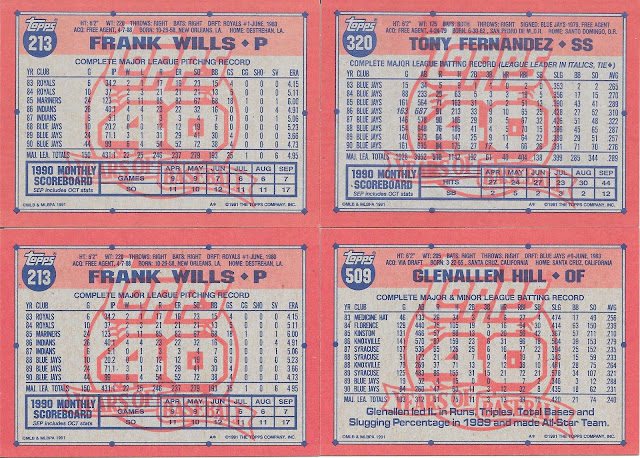 Definitely has that logo stand up compared to the "regular" Topps cards.
I didn't have any left in my traders, but I am also collecting the set slowly so had to go through the set as well to see if I had any there. 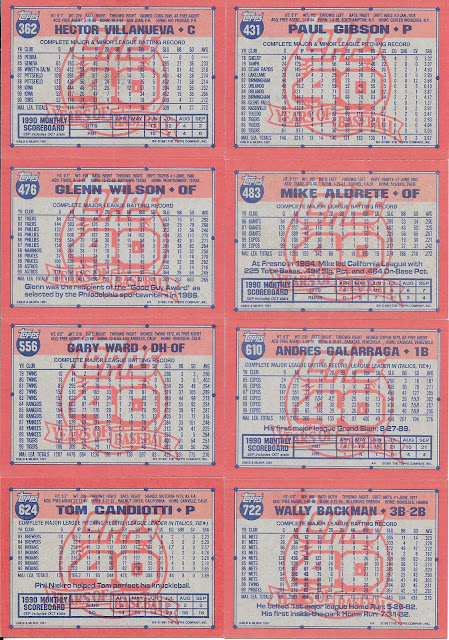 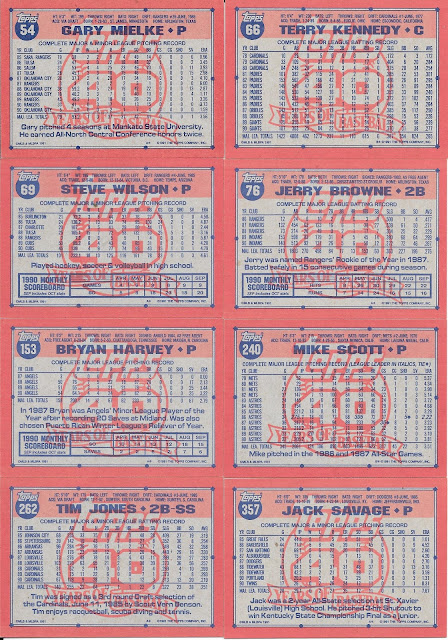 Wow - enough of them, that I wonder if I have traded away some without knowing what I had. Not a big deal per se, but could have happened. Well, now at least I have pulled these for the insert/parallel, etc collection.
Now at some point I need to tackle 1990 Donruss...that's, I think, the last real problematic set of properly documenting what I have, that I have to get to.
Posted by CrazieJoe at 8:00 AM