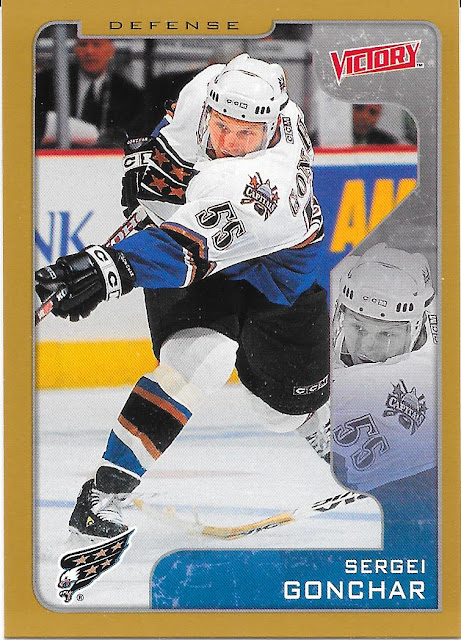 I am not one to chase large parallel sets - too much work I think, for the reward. At least that's my view at the moment, but each one of these I see, I like so much better than the white border base.

Gonchar was a high point defenseman, specifically, he was the second highest points total for the decade of the 00s with 500 points to Lidstrom's 550. Either total is amazing for a defender.

Over his 20 year career, he was able to get one Stanley Cup during the late 2000s with Pittsburgh, though most of his career was with the Caps which is where he started in the NHL. 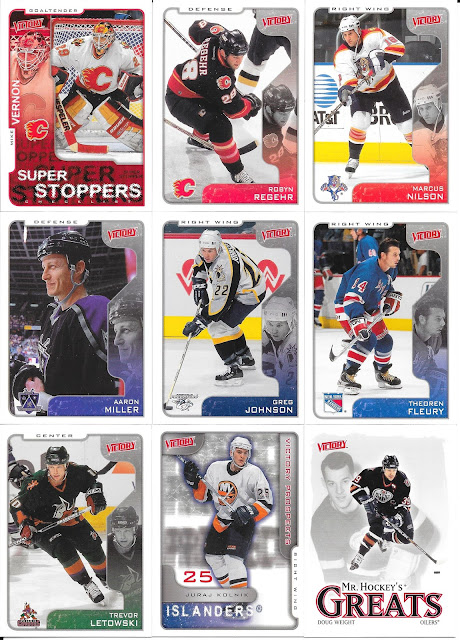 A Calgary heavy pack otherwise as Theo in anything other than a Flames uniform is not right.