A Return to the Village

So, for the first time in 6 months or so, I went to the Value Village which is about a 10 minute walk from home. I figured it was okay if I saw something card collecting wise, and just for somewhere to go as we continue to get the kids ready for school this year, and wearing masks regularly.
There were a handful of loose card grab bags of hockey cards which were early 90s Score and a few other sets of that era. All of which were about 40 cards for $3, so not worth it.
There were however 2 bags of 2018-19 Tim Hortons cards for the same $3. Given those packs are 3 cards for $1 when they come out, doing the match, if there were about 20 cards for me in the two packs, I come out ahead. 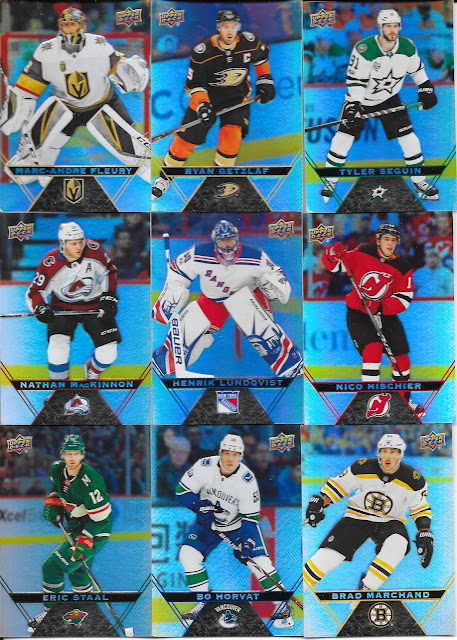 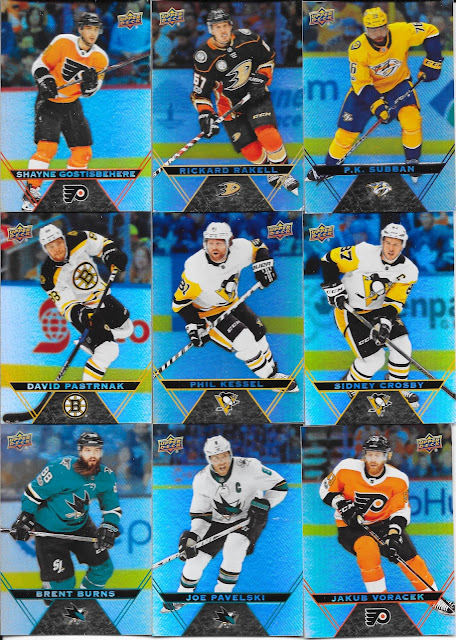 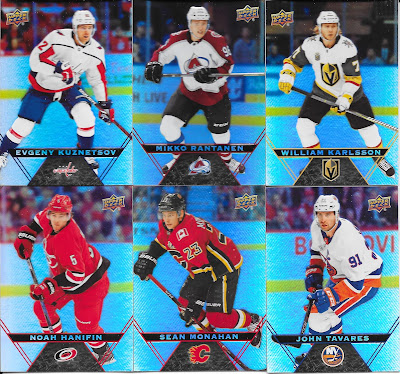 Man, these base cards BEND! I know it is just how the age because all the cards I have from originally opening packs, from those I received in trades, and these here, they all bend the same - more at the top than the bottom, and so looking at them like this, it is both sides that are lifted well up.
Right here in the base cards, adding 24 was the money worth right there....but there's more! 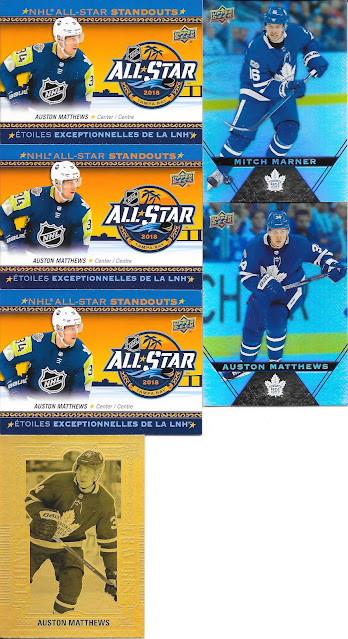 Some excellent Toronto content including the base Auston I needed for the Leaf team base set, and the Gold Etchings which I hadn't picked up in my packs yet, or through trade.
Oh, and there were inserts that were new to me as well.. 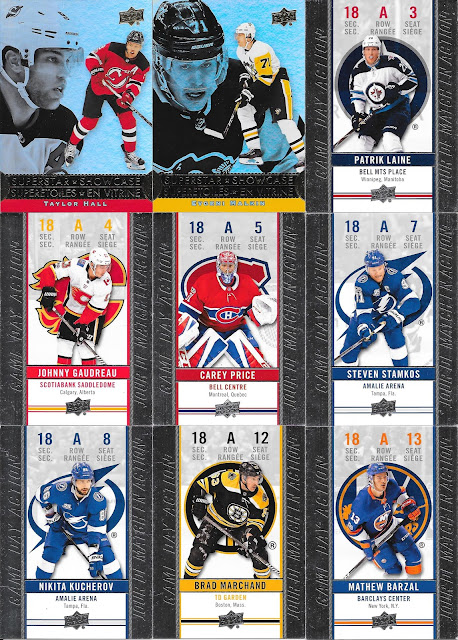 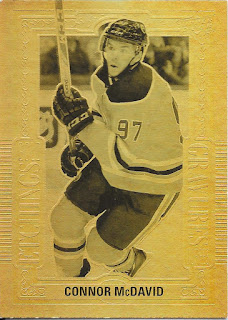 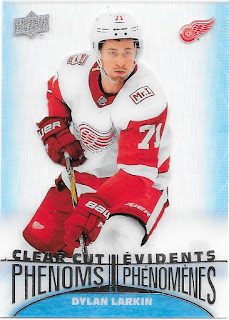 Doing pretty good on the Game Day Action inserts set now, not that I am actively looking to finish it, but the McDavid Etchings is great, as are the awesome acetate cards of Phenoms, with Larkin here being a decent one.
There were about 30-40 others which I am not keeping, some of which are... 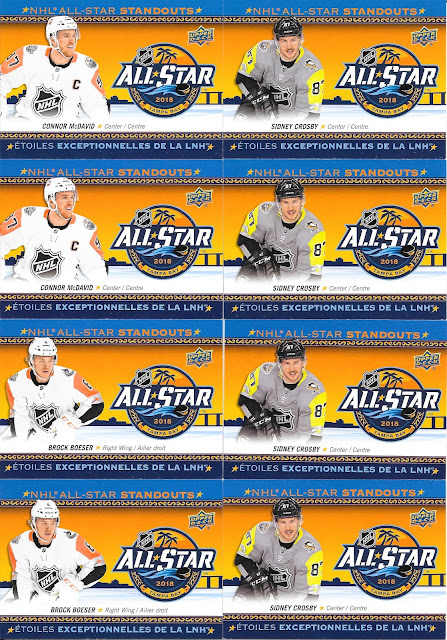 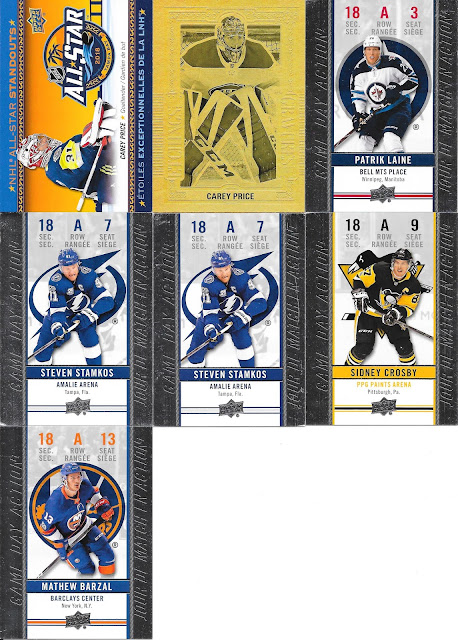 I've been working to move these quickly, so they may be gone or spoken for, but if you need any, let me know.
Sure, I spent a few bucks on cards, but have been really good this year, even though I have broken my "no spending on new cards" rule, but all in this year, still under $50 on new cards (I've spent four times as much on shipping trades), so I can that a success still!
Besides - I think I did well on this purchase at least.
Posted by CrazieJoe at 8:00 AM