As we start getting into the last third or so of the packs, I'm going to revise and think that my base set will likely get to about 70% or so when all is said and done. Only time will tell, but that's not bad sfor a single box on a 453 card set, if it gets there. 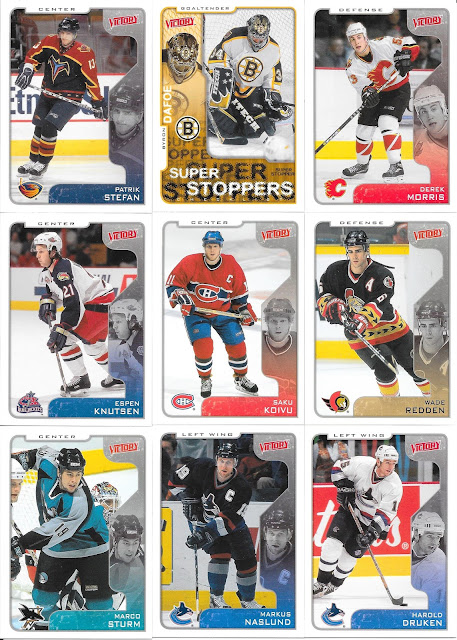 This pack definitely helps positively as it's another perfect 10 of cards needed. 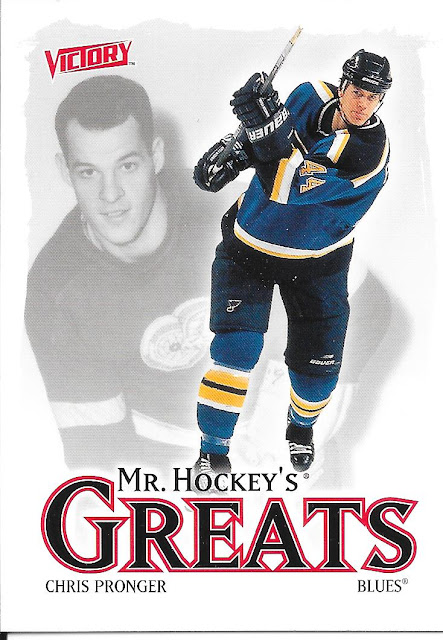 A solid defensive "Great" for the Mr. Hockey's Greats cards today in Chris Pronger. Chris had to wait until he started with Anaheim in order to get his hands on a Stanley Cup ring. Chris started with Hartford, but started coming into his own once he moved on to St. Louis. After missing most of 2002-03 due to injuries, and then the strike in 2004, he got a new start after a season in Edmonton when he ended up in Anaheim.

He found his stride again in the few years there and ended up in Philly for three more season, though he petered out the last couple and called it a career after 18 years.

Posted by CrazieJoe at 8:30 AM