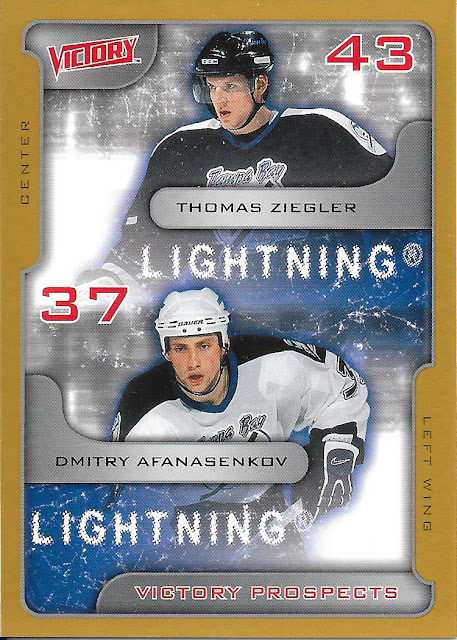 I've had an interesting time looking at the different prospect cards which have come up, and given this is the gold parallel, just had to review these prospects!

Dmitry fared much better as he played about 180 games for the Lighning between 2000-01 and 2006-07 before going to Philly and playing 40 games there before leaving the NHL to play 6 more years in Russian leagues, as Russian players are apt to do. 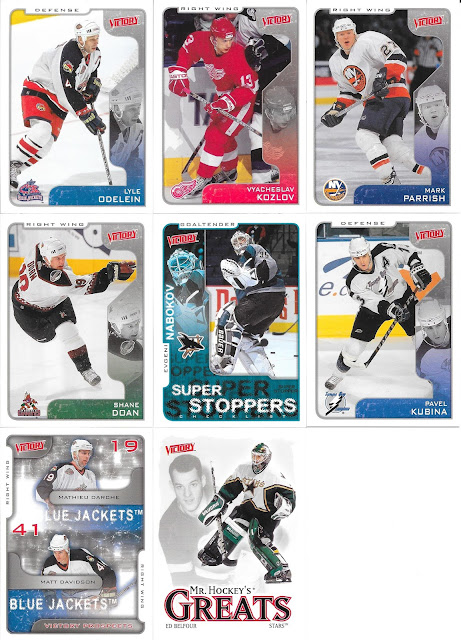 The rest of the base are fairly solid including a nice, unique shot of Nabokov in the middle. 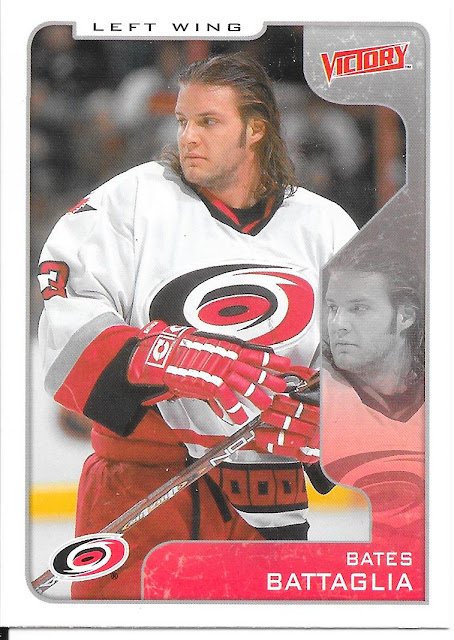 One dupe though...as I fear there may be more the further we go....

Let's end today with the last group of baseball cards from the box I received from www.baseballcardstore.ca. 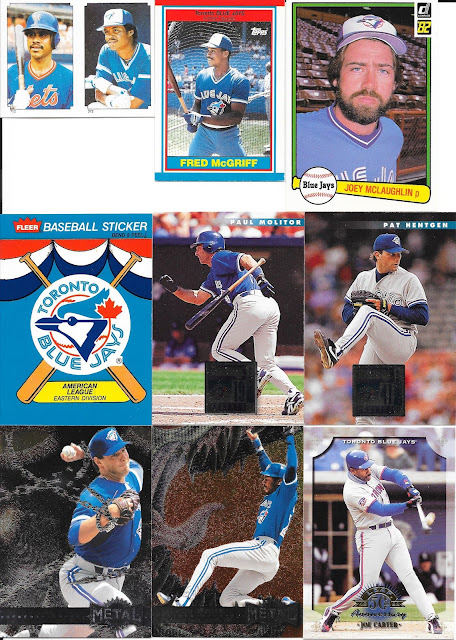 We start tiny with a mid-80s Topps sticker and a 1989 Topps UK Mini insert. Add some Donruss and make sure to make it difficult to notice any of them when you have a couple Metal Universe cards that just draw the attention in the group. Not sure if it's a good thing or a bad thing, but they get attention!
Poor Devon sliding into the mouth of the beast... 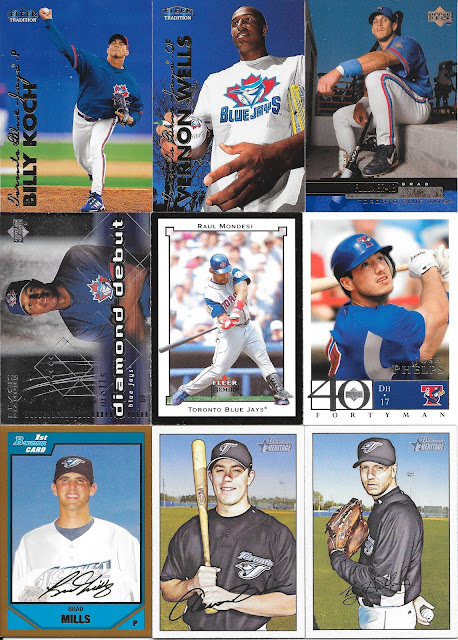 Phew - much more "normal" cards here. Like the angle on the Vernon Wells Fleer Tradition card, looking up at him and making him look larger than life.
I do find it an interesting tactic that some sets did in the mid-late 00s, the thick card parallel, so they could be used as decoys (kind of), which is what the gold parallel Bowman Mills is. 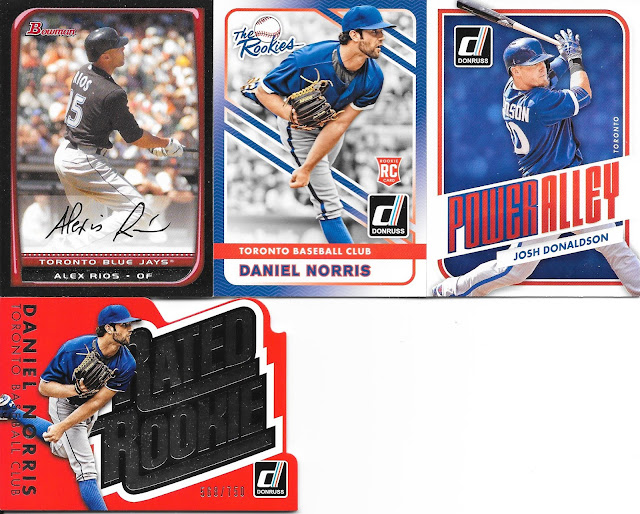 Daniel Norris was drafted by Toronto, but didn't really have much opportunity with the big league club before finding his way to Detroit, and seeming to find himself a bit in 2020 compared to the last few years.
The Rookies card is a nice homage to the DOnruss sets of the past, and the Rated Rookie die cut SN is all kinds of awesome - but man, that Rated logo is HUGE! 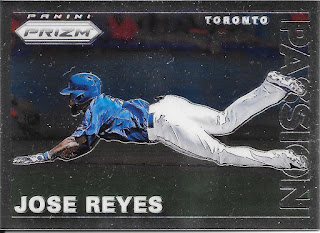 Last up is the lone Jays card from the 2015 Panini Prizm Passion insert set, so another one Jays insert knocked off the excessively long list that I don't bother keeping.