We will save the title card until the end, up first... 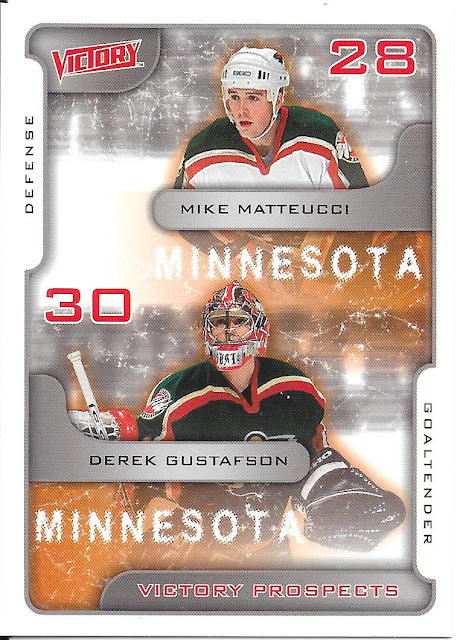 As it turns out, Derek ended up with a similar career with 4 games that first season and one the following for the Wild. Although, instead of North American leagues, Derek spent his time in European leagues instead.

The base card keepers include... 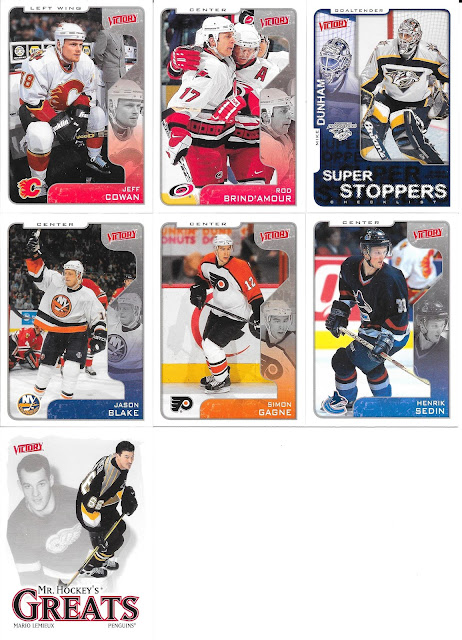 I was going to say of course Super Mario is a great, but it made me take a quick peak at the checklist and guess what? No Gretzky! Not sure why that's the case but seems shocking. 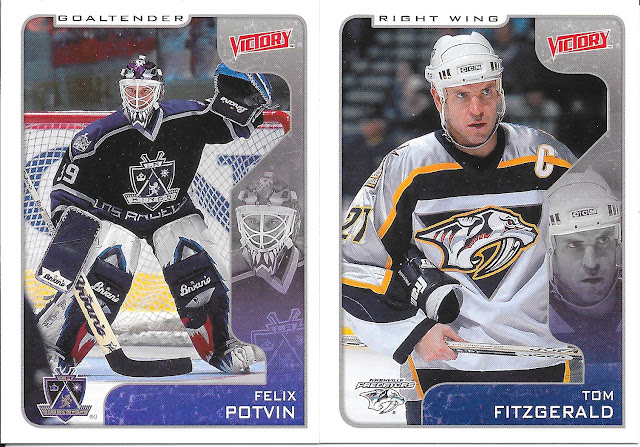 Second last post "addition" for cards from www.baseballcardstore.ca. Today, we have the Upper Deck hockey cards. 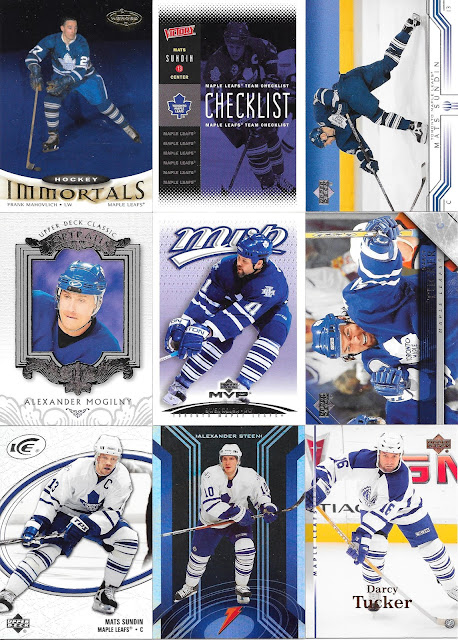 A few really nice cards here. Mahovlich is always great, the Classic Portraits are neat, if maybe a little lacking on use of the space on the front, and Gatorade cards are cool, especially with the bilingual on the back, and rainbow foil front. 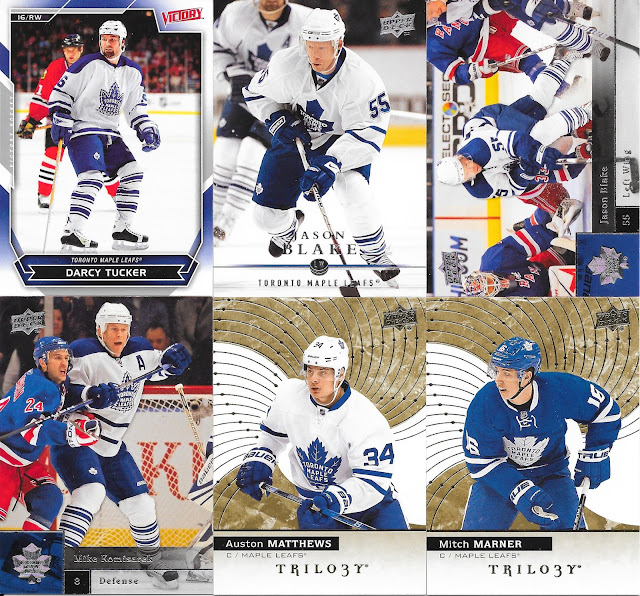 I didn't fully grasp that Trilogy sets are so small, relatively speaking, but here with Matthews and Marner, you have the complete Toronto team set from the base set. Yup, just two Leafs, and now they are all mine. 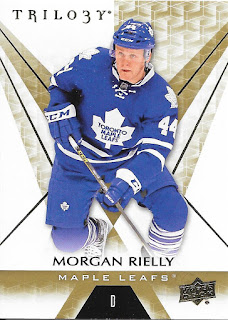 You thought the 2017-18 Trilogy Toronto team set of two was small - the year before here with Rielly, was just the single card!

I do like the uniqueness at least that Trilogu has with the various golden base designs, at least they are somewhat distinct. They didn't use it for all years of the brand, but those are the ones that stick out a bit more to me.