Firstly - the Raptors of course were not all successful in losing game 7 Friday night (though the silver lining in the world we live in is, not having to worry about those who would go out and celebrate together in something that may increase CVOVID cases). Would have loved to see them win without Leonard to show they could do it. I think they proved well enough that this team is still a great team, just not a multiple champs in a row dominant, and that is okay.
Today's 2001-02 Pack has a nice prospects card, so let's check those players out. 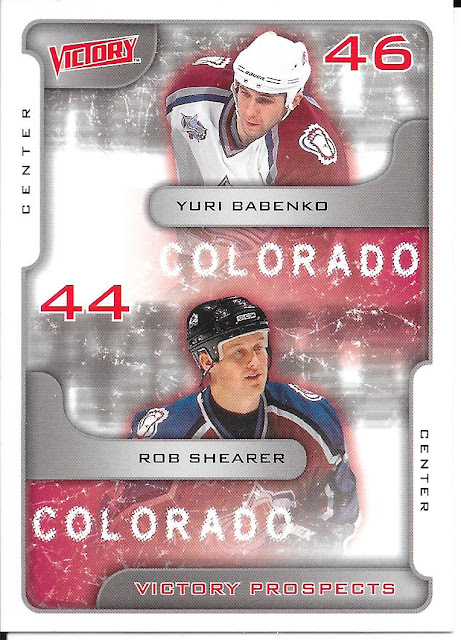 Not sure why I didn't notice before, but not sure why Colorado needs to be on the front of the card twice. Maybe some of the cards have two teams featured?
Yuri had 3 games for Colorado in 2001-02, and this was the summation of his NHL career. Not to say he didn't play otherwise, those games were in the midst of 4 years in the AHL. He also played about 8 seasons in the Russian league and 8 other seasons in the KHL. I don't know offhand if this was more by choice as is the case with some Russian players, or if he wasn't quite at the NHL level.
Rob appeared in 2 games for Colorado in 2001-02, and that was his NHL career. Otherwise, it was similar to Yuri as he had about 5 seasons in the AHL and spent his time afterwards playing outside North America, 11 years in European leagues, most of that time is Austria. 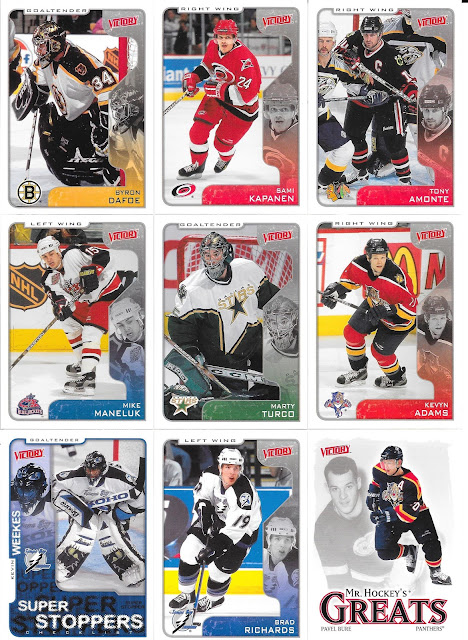 Pavel Bure still looks best as a Canuck, but Mr. Hockey is right, he may have been the fastest ever in the NHL. Would be interesting to be able to match people up from different generations to see how close that would be.
10 Packs, 100 Cards, 373 Points.
A quick other share which is Magic related. I was at Walmart, and as I am apt to do, I was checking out the cards and noticed some Jumpstart packs. In and of itself, that wasn't surprising. What was, was the price. They were less than $9. I knew 401games had them for $12 because I had added one to my cart the day before. I have never had Magic cards be cheaper at Walmart than 401games, so I suspect it may have been a pricing error - though the sign and scanned price was $9.
So, since I needed one for my unopened pack collection, and I couldn't remember if there was different pack artwork, and since they look like this... 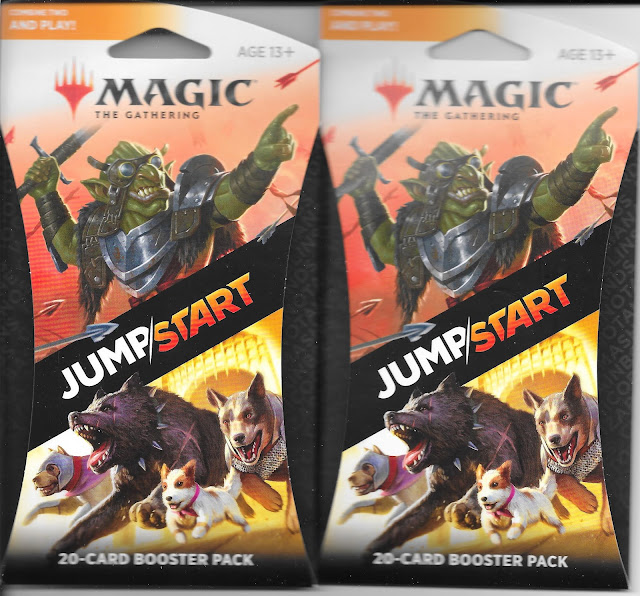 I couldn't tell, so I came home with two. Once opened they both looked like this..

So I figured I'd open the other and share it here. Jumpstart is different than the normal boosters as it is supposed to be that, you buy two boosters, take all the cards, put them together and you have a 40 card deck to play - they come with land in them and a theme to be able to just play the cards as is.
So, I knew I'd have a theme, and I was kind of hoping for Cats because, well, I like cats... 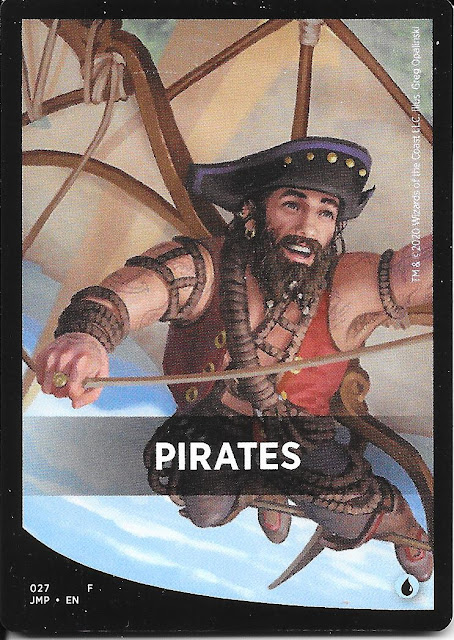 I got me some pirates though. 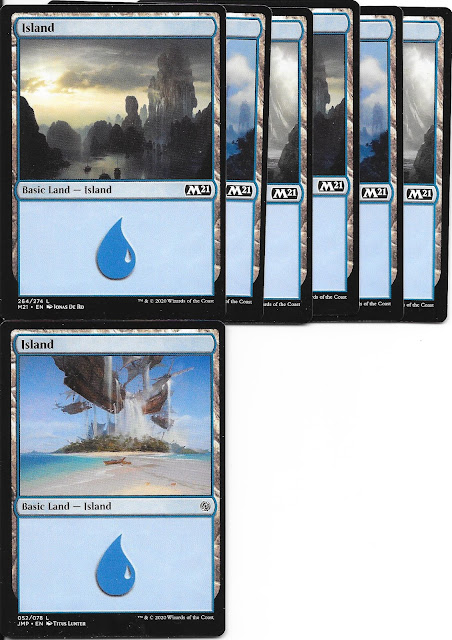 The lands, as promised and then a bunch of blue pirate cards... 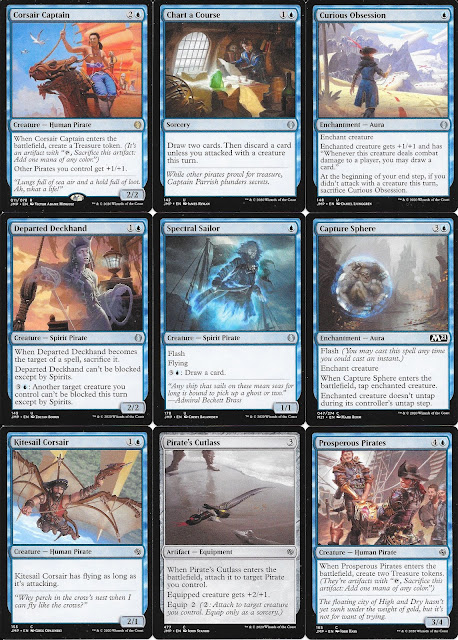 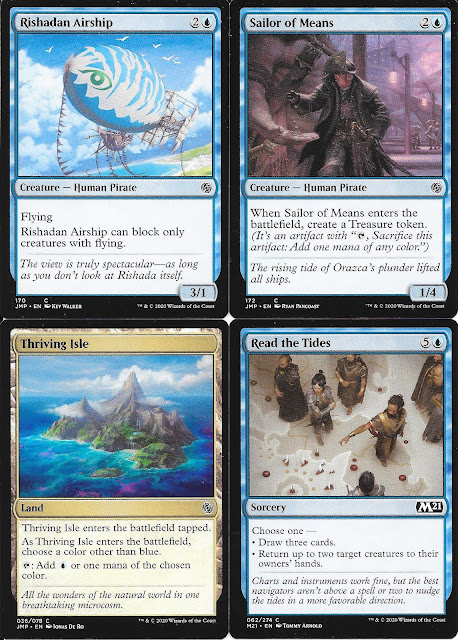 The Corsair Captain is fine as a rare goes, but the only card from these I will be keeping of course is the artifact. Looking through, I can see the draw of these packs as it would be neat to pick two and play a deck, but it is still expensive to spend $20 on cards to make a deck, when you don't know what the deck or themes will be.
I'd almost rather you spend $30 or $40 and get 10 of these that may be all "cheap" cards, but on fairly equal footing, and then just mix and match to play with friends.
Still, definitely happy with the purchase and the price, so not going to complain there at all!
Have to keep a better eye on what is at Walmart Magic wise I guess.
Posted by CrazieJoe at 8:00 AM