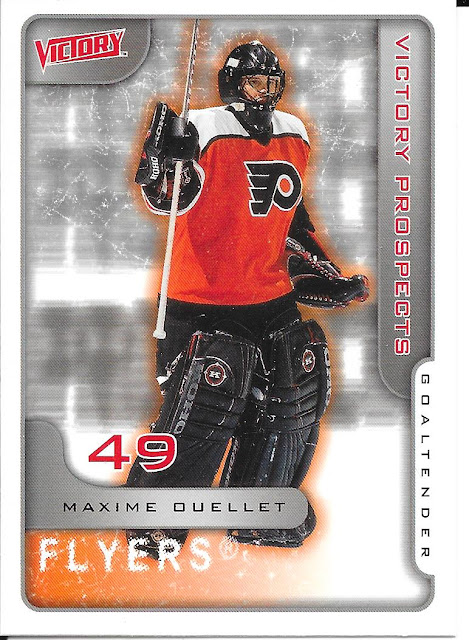 So these prospect cards can have one, two or three stars on them, but still all seem to be for a single team, so not sure why the team designation is needed multiple times if multiple people are on the card, but no matter.
Maxime is an interesting one as he cracked the NHL for three different stints, all for only a few games, as most of his career was in the AHL. 2 games in 2000-01 for Philadelphia, 6 games for Washington in 2003-04 where he did earn a pair of wins, and 4 games for Vancouver in 2005-06. Good on him for keeping the dream up to be able to crack the big league on three different occasions for three different teams, but too bad it didn't pan out completely.
Most of the rest are keepers... 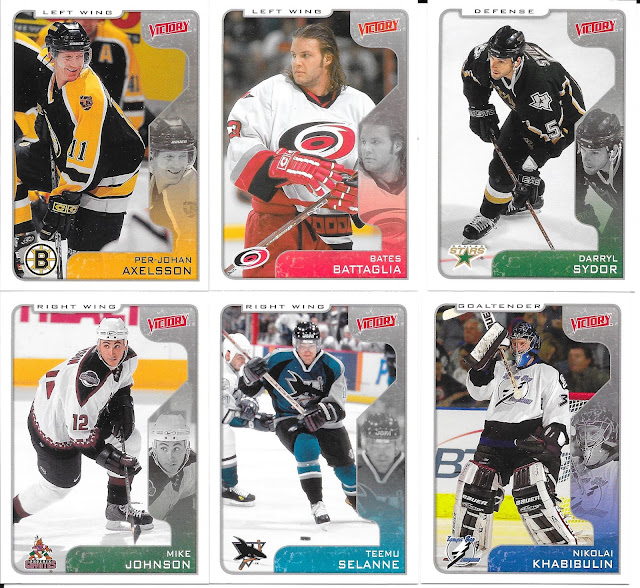 Including Teemu and Khabibulin.
However, a few more dupes, but quality ones again with...

Well, I know a home for Sakic....
Maybe no dupes tomorrow?
12 Packs, 120 Cards, 423 Points.
I promised to start showing some of the cards I received from Steven over at www.baseballcardstore.ca, so I better get to it - and just a reminder - if you like cards for a dime, the online dime box as it is right now, go on over there and pick some stuff up - 10 cents a card, it's hard to go wrong! 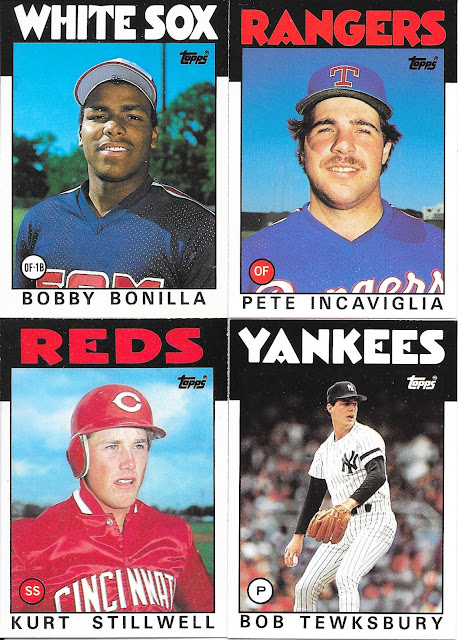 I believe this is the only non-Toronto team cards in the box, with 4 more helpers in me completing the 1986 Topps Traded set. I am still missing the heavy hitters from the set, and that is almost it (think Conseco, Bonds, and Jackson). 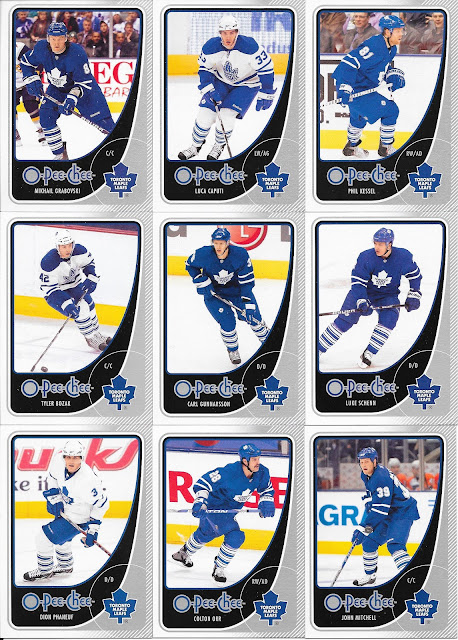 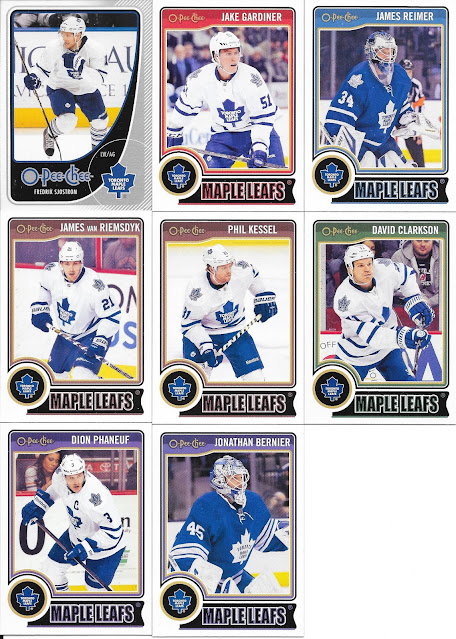 Here, we also have two O Pee Chee sets that I now have the "pure" base cards almost all knocked off - just a few of the subset cards missing. I like the 2014-15 design much better than the drab 2010-11 design personally.
Actually, this time period, these years and in between, I still loved the Leafs and they were my team, but they were not my favourite compared to other teams of the last 30 years (which is really where my focus on the team is - during my lifetime). Kessel and Phaneuf just never got to where I think Toronto hoped they would.
These are just a few of the nice adds he sent along - more to be shown shortly - stay tuned!
Posted by CrazieJoe at 8:00 AM