I am never one to argue when a pack tells me what to talk about, so since today's pack seemed to be a Tommy Salo hot pack, who am I to argue. 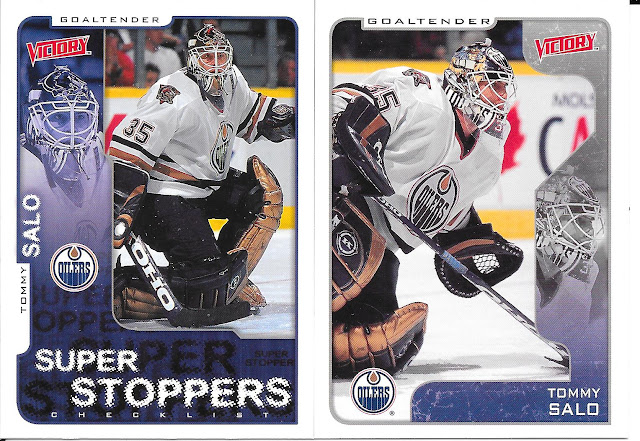 I suspect that the photos may be from the same game. Heck, they may be from the same sequence, but we get both of the Tommy base cards here in a single pack.
Tommy Salo played most of his career between Edmonton and with the Islanders. What I remember most about the man is that, he never was able to get much of a run, or have much success, in the playoffs. Of the 5 years he played in playoff games, he won 5 games, and lost 16, never getting past the first round with his team except for the 2003-04 season with Colorado, but he only had one game with that playoff run which only lasted to the second round.
The rest of the pack includes... 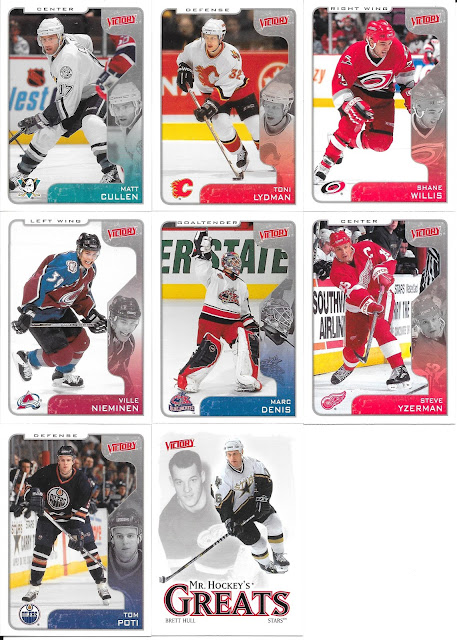 Brett Hull as a great as per Mr. Hockey - definitely a no-brainer there.
13 Packs, 130 Cards, 483 Points.
Some more cards today from Steven at www.baseballcardstore.ca and the box he provided recently. There were enough cards of this player to make a post addition just on him... 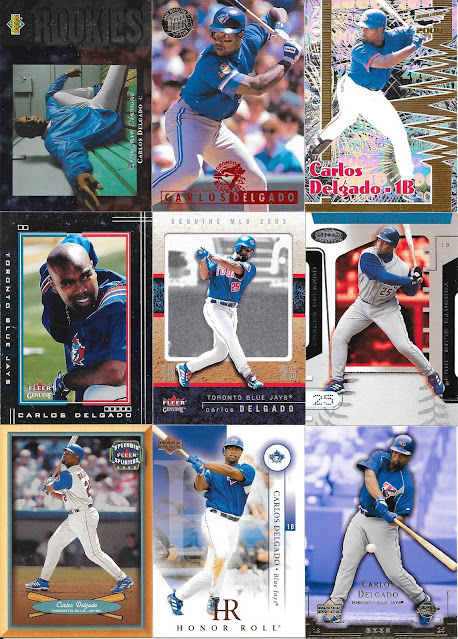 Carlos Delgado.
The late 90s and early 2000s, With 57 home runs in 2000, seasons with more than 100 RBIs from 1998 through 2003, he was the power in the line up for the Jays. The Jays during that period? Pretty much a lock for 3rd in the division each and every year. It was during this time Roy Halladay became the force he was for Toronto as well - but wasn't enough in the tough AL East to move out of 3rd during this time. 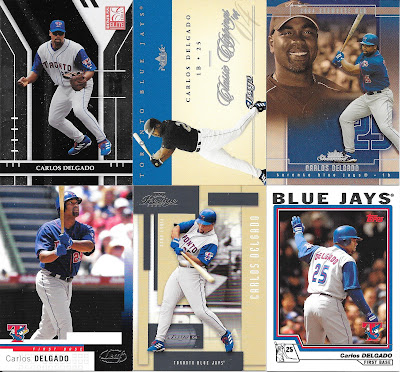 As you can see, lots of early 2000 Fleer cards that I honestly probably never heard of before this since Fleer was putting out 1,000 sets a year at this point.
We even have a few insert cards which are the only Jays inserts...

Can honestly say, never thought I would end up with a Vince Carter card in my Jays collection.
Still plenty to go from Steven...but I'll save more for another time!
Posted by CrazieJoe at 8:00 AM