Laying Down on the Job

For today's pack of 2001-02 Upper Deck Victory, I had to make note of the best picture of the bunch - you'll see it here in the new base cards... 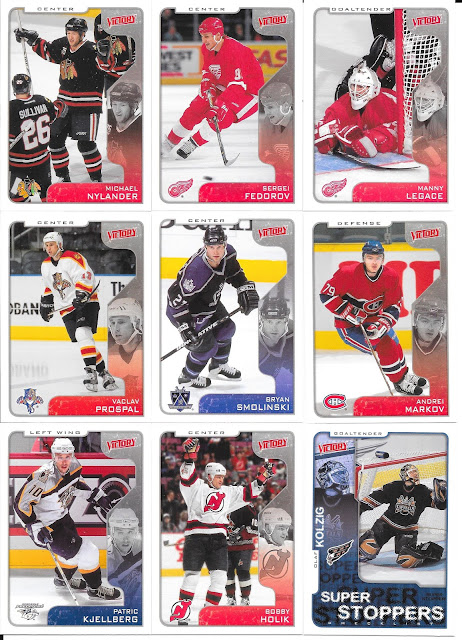 That Manny Legace pic is great! Even stands out more than the Kolzig which is a pretty good one as well. Manny may look even better is there wasn't so much border on the right and it was then centred better, but I'll take it! 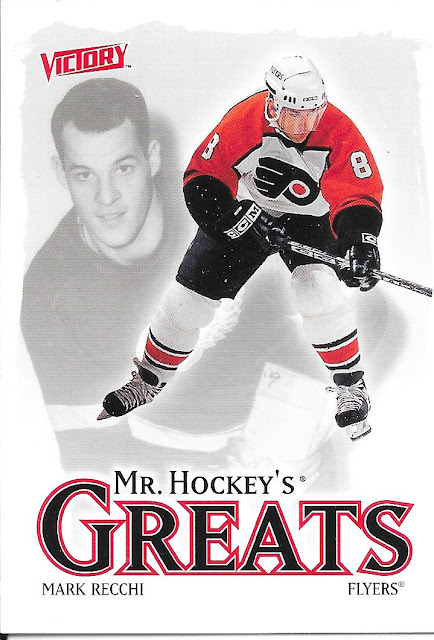 The greats card today is one Mark Recchi. Mark is best known, I think, for his stints with Philadelphia, of which he had two. He was there in the early 90s, 1991-1995 and then again 1998-2004. Mark was spoiled in getting a Stanley Cup ring his very first year in the league as he was part of the 1990-91 Penguins, but also won with Carolina in 2005-06 and Boston his last year of 2010-11. Post on-ice career, he became part of the coaching team for Pittsburgh and was there during their 2 Cup wins of 2016 and 2017 as well.
The guy can win and would be someone I'd think of similarly to a Mike Modano in capabilities.
5 Packs, 50 Cards, 167 Points.
Now before I end, I recently picked up some Pokemon cards as we end up using these as a simple reward sometimes with the kids for doing that little extra unasked, like setting the table for meals, etc. Figured I would show them off here before putting them away. As you will see, they are all of the shiny variety so, even though they are all cheap, our kids enjoy them and see them as a bit special. 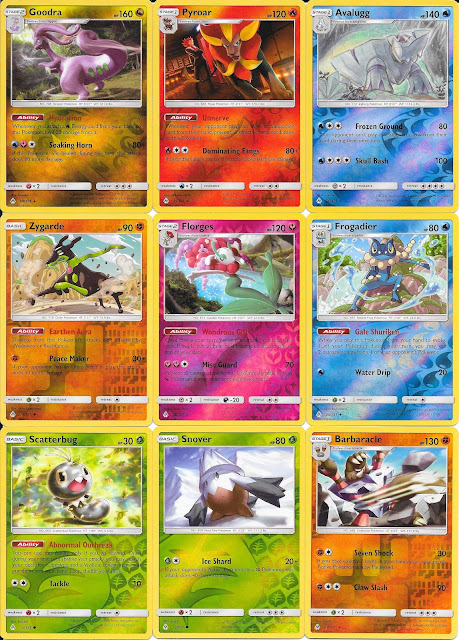 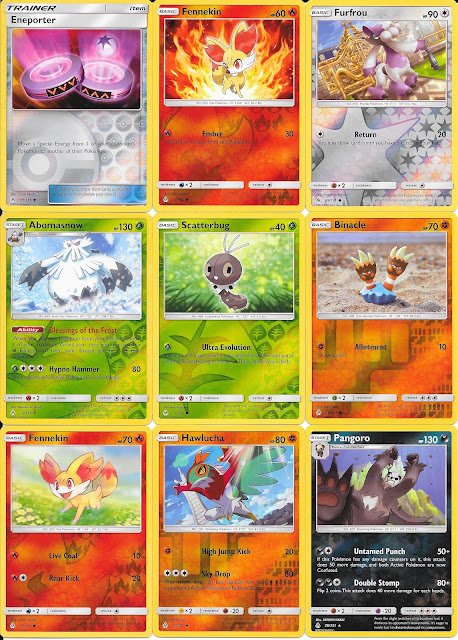 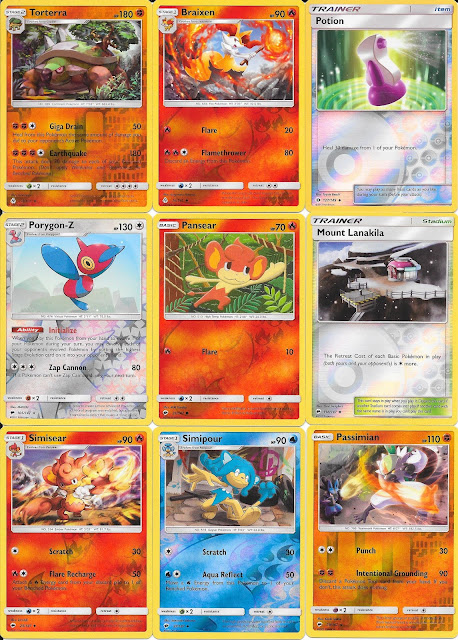 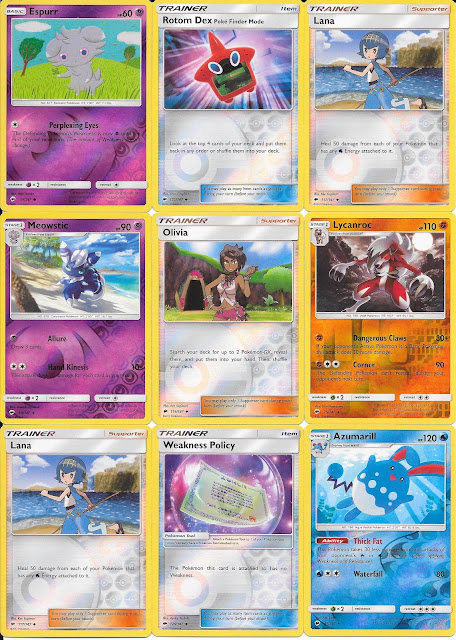 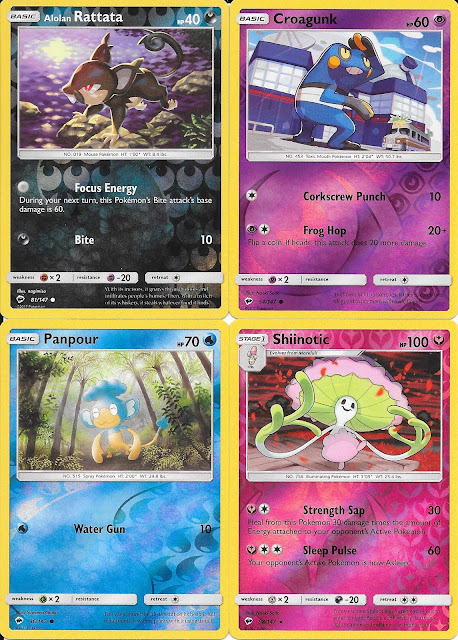 Not much to say about them as they aren't really my thing. The kids still really like watching the shows and collecting the cards so, at least they will get a kick out of them.
Posted by CrazieJoe at 8:00 AM