4th of July Hockey (and Baseball)

Well, happy 4th of July to our neighbours to the south, and what better way to celebrate than ugly hockey card backs! 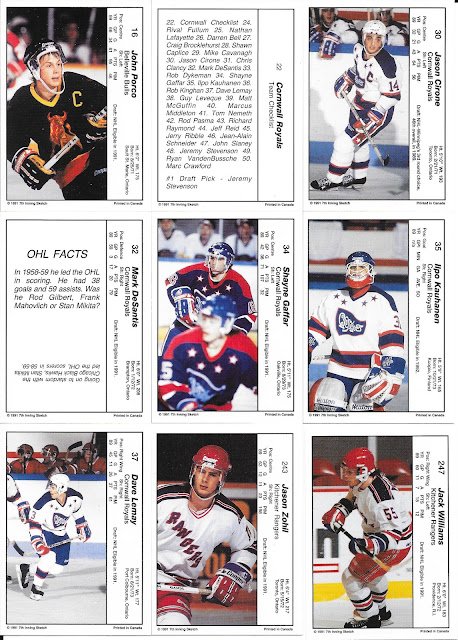 As promised, here are some 7th Inning minor league hockey card backs, and right off the bat, we have a team checklist card middle top, which is done in the most useless manner with numbers and names, and unless you are just going to cross them off as collected, no nice tick boxes or anything. 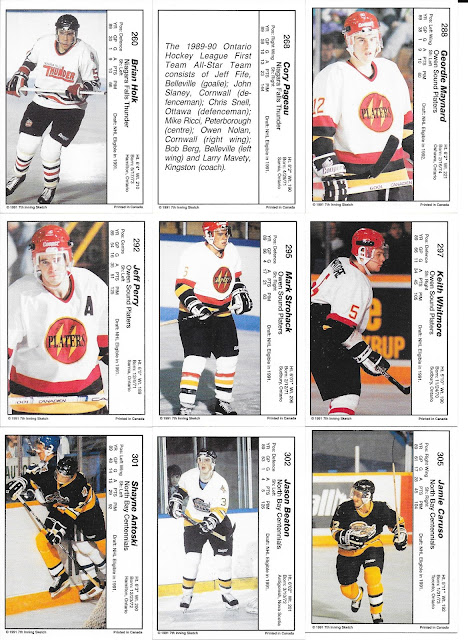 I guess some of the cards, they couldn't get second photos for the backs, so you get verbiage instead. 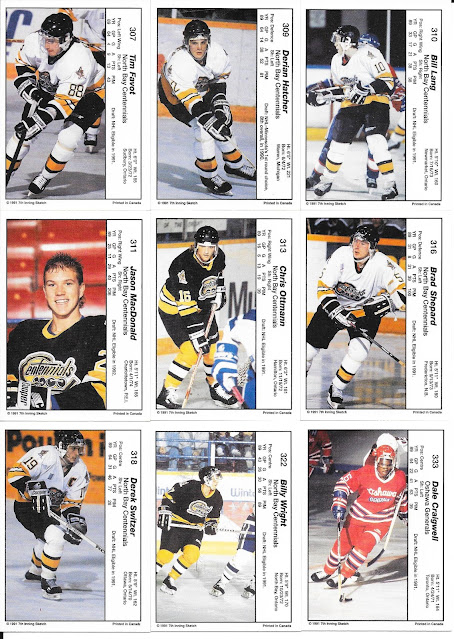 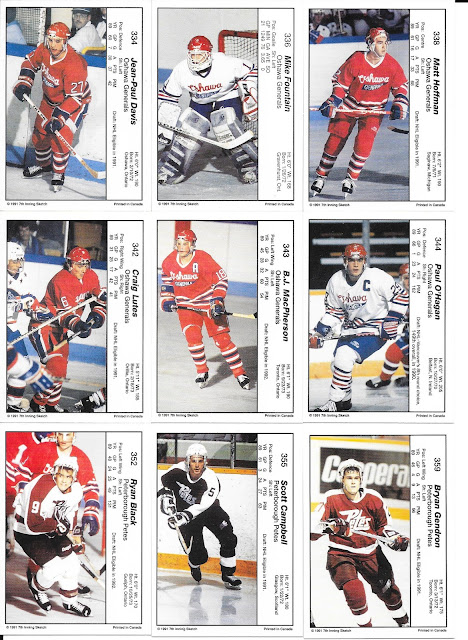 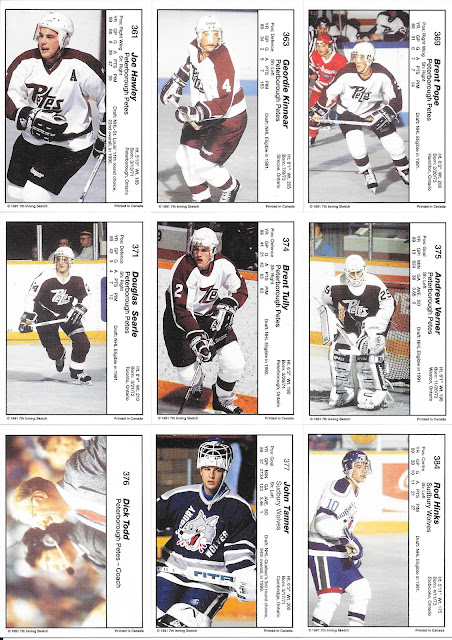 The cards have the opposite of crisp photography as Dick Todd's card proves...Dick indeed... 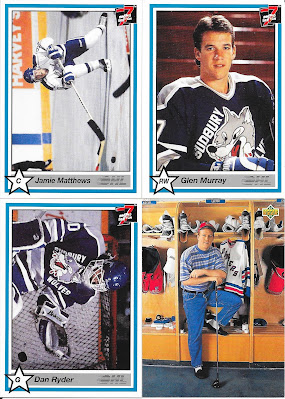 Well, at least I got invited to the club again! 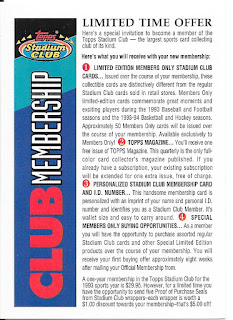 This is the following year (93) offer card. Still at least means there's one card for me to keep in the bunch today. Not the most exciting, but neat nonetheless. 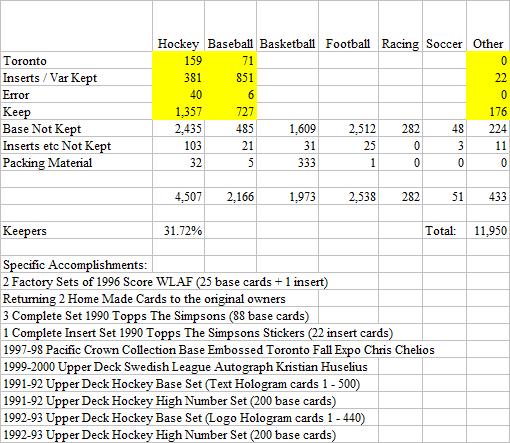 Let's end with a surprise package of cards from PapaG321 - a bunch of 1992 Donruss baseball card needs. 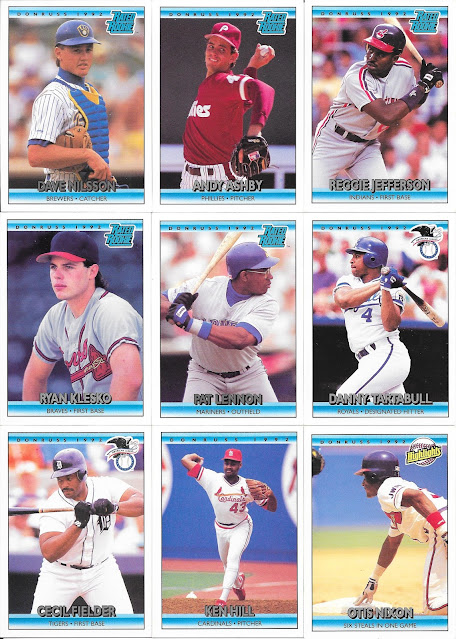 1992 Donruss is a set I am slowly collecting and haven't been looking out for cards to add - though some do come through the card lots I have picked up, but PapaG321 threw a bunch my way to help with the slow build. 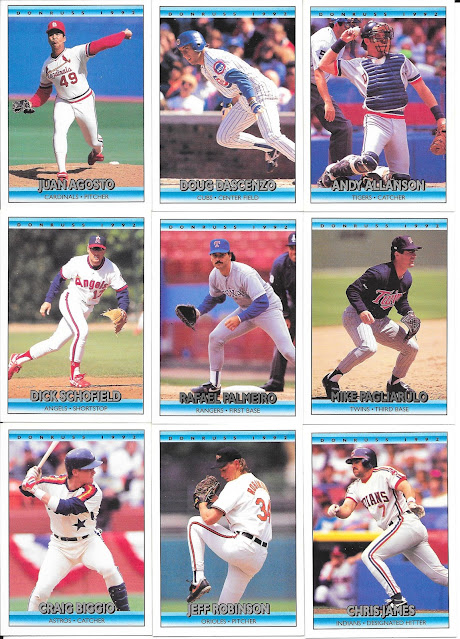 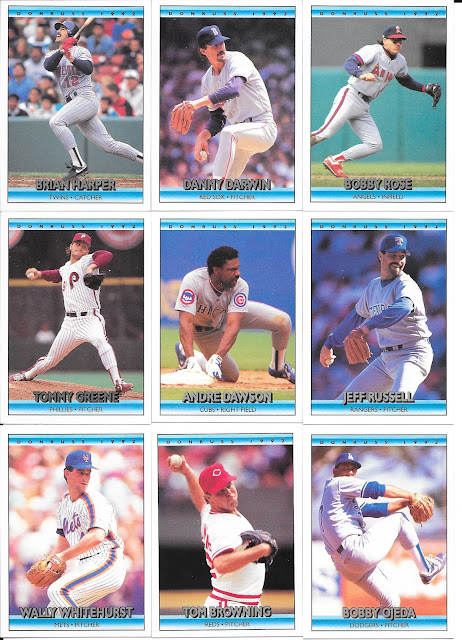 The photography is fine, and I am partial to the border because the blue works nice for my Jays cards. 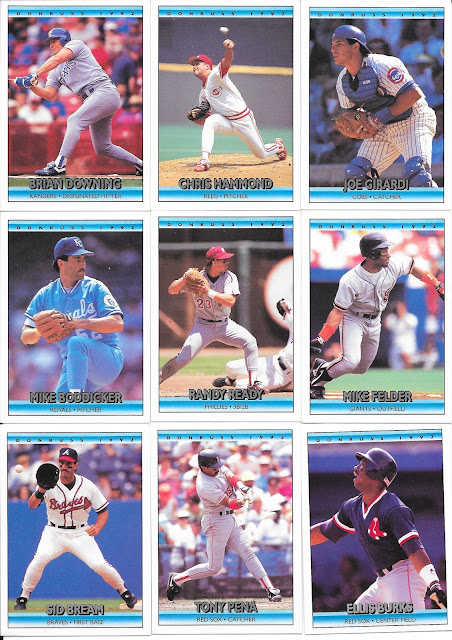 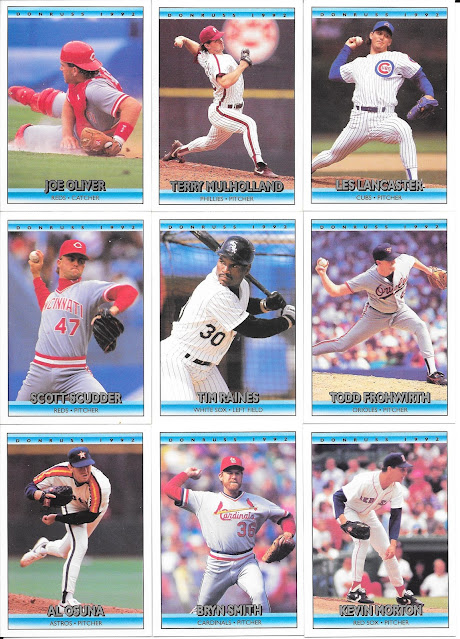 Took a bit to ensure I had the right Inc versus Inc. versions while inputting these as I find the font on these so much harder to read compared to 1991 Donruss. A problem I was more than happer to have - thank you for the surprise package!
Posted by CrazieJoe at 8:00 AM