Interestingly, I didn't expect to have a second set to talk about, but apparently Looney Tunes cards were successful enough for Upper Deck that after the 1990 set, they made another set in 1991! 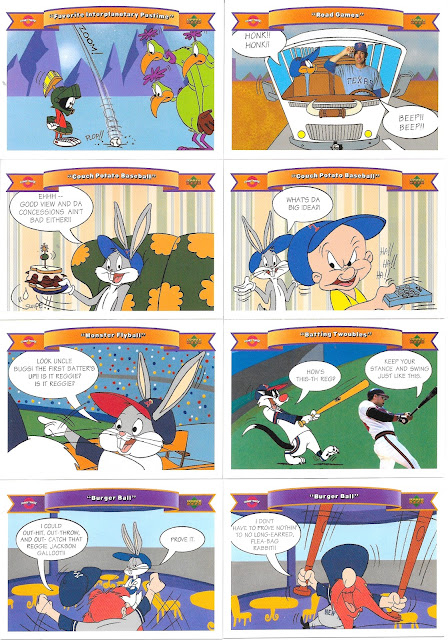 A bit different front design, but still our loveable Looney Tune characters getting into baseball hijinx. A little bit more interaction with real baseball stars, and by interaction, I mean having photos plastered onto these cards to involve them and giving them speaking bubbles, with probably no care or knowledge of this set by any of the players. At least they used Hall of Fame caliber players from the looks of it.
This set wasn't double sided the way the prior year was, instead, the backs put together bigger pictures as you can see from some examples... 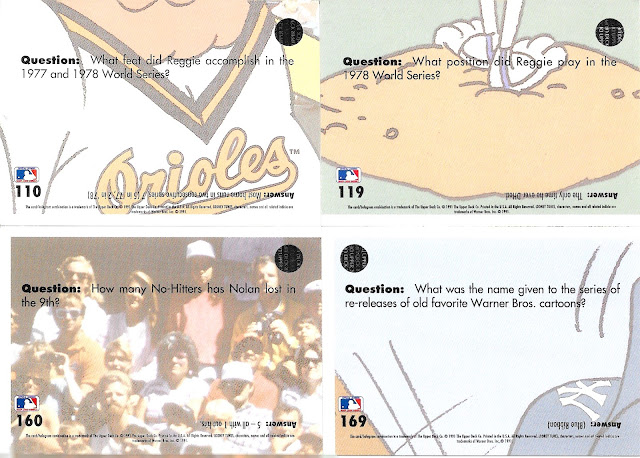 I don't have enough cards to show what one would look like, but you get the concept at least. No personal interest in any of these cards, but it is something different, I will give it that! 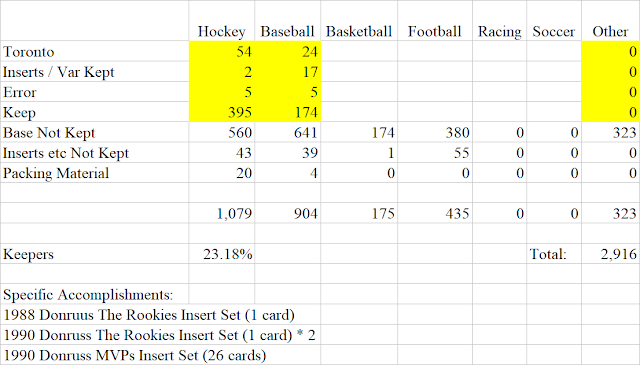